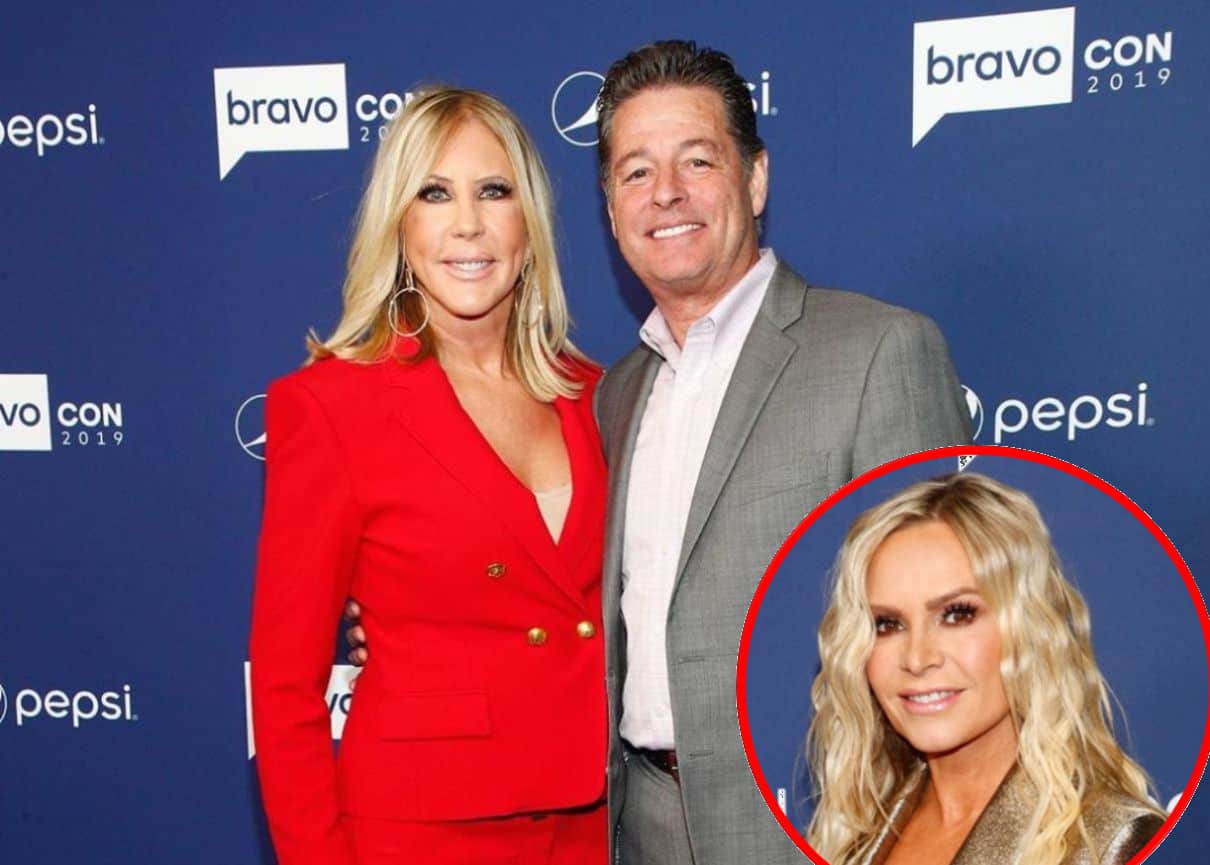 Vicki Gunvalson reveals she has no plans to marry fiancé Steve Lodge anytime soon as she discusses her new podcast and teases projects with Tamra Judge.

The Real Housewives of Orange County OG has always been candid about wanting to be married and keeping her “love tank” full, but as of right now, she’s not even thinking about walking down the aisle because she doesn’t “need” to.

“We’re not wedding planning at all,” she told Us Weekly. “We’re not in that place of wedding planning; it’s my third marriage, Steve’s fourth, so we’re not going to do wedding [stuff]. But right now, we’re pausing everything. There’s no need to.”

She explains that their financial stability plays a big part in their decision not to wed right now.

The couple was originally set to tie the knot in April 2020, but that plan quickly changed due to the coronavirus pandemic. Then, rumors began to swirl a few months later that the two had split after a fan account discovered she and Steve were not following one another on Instagram, but she quickly shut those rumors down in October.

“[We] live together and live a very private romantic life,” Vicki explained. “We don’t follow each other on social media and haven’t for a long time, and we don’t post photos of each other. What’s the point? This is a complete joke and not worth even commenting, but I did.”

Following her RHOC exit, The Coto Insurance founder launched the Whoop It Up with Vicki podcast, but she hasn’t released a new episode since August 2020. It’s unclear if she plans to continue pumping out content for that podcast, but she shares that she has a new podcast titled Reality with Vicki that’s set to premiere on January 14.

“I think a lot of the listeners will be women because it’s [on] a women network [called Luxe Media]. So, from there, I want to kind of go into what happens if there’s a divorce, what happens if there’s a job loss — you know, setting people up for the unknown,” she also told Us Weekly. “I always say, ‘Plan for the unplanned,’ so I’m going to get into the nitty-gritty of insurance, what types of insurance people should have and really just do more of an authentic podcast.”

She explains that she’s still working on content for the new podcast, but she plans to catch up with her fans and reveal what she’s been up to lately. She also reveals that her longtime pal and former co-star Tamra will likely join her on a few episodes, and Vicki teases other projects with Tamra as well.

“We’ve got some fun projects going,” Vicki shared. “I definitely will [have some Housewives on], and I probably will [talk about Housewives]. That was a big part of my life. It’s [been] over 15 years.”

The workaholic reveals that she and Steve are currently residing and working from the Puerto Vallarta, Mexico condo she purchased back in March and she has no plans of slowing down. The 58-year-old is working on rebuilding her business, which was negatively affected by the pandemic, and she’s preparing for the launch of Reality with Vicki.

“Getting off of TV [after] 14 years, there’s still a buzz of what [I am] doing and what I’m doing is I’m not letting the grass grow underneath my feet,” she explained. “I bought two houses in the past year. I am rebuilding my business through this coronavirus [pandemic] — it really sent me for a loop. And really giving fans some insight into finance, women in finance.”