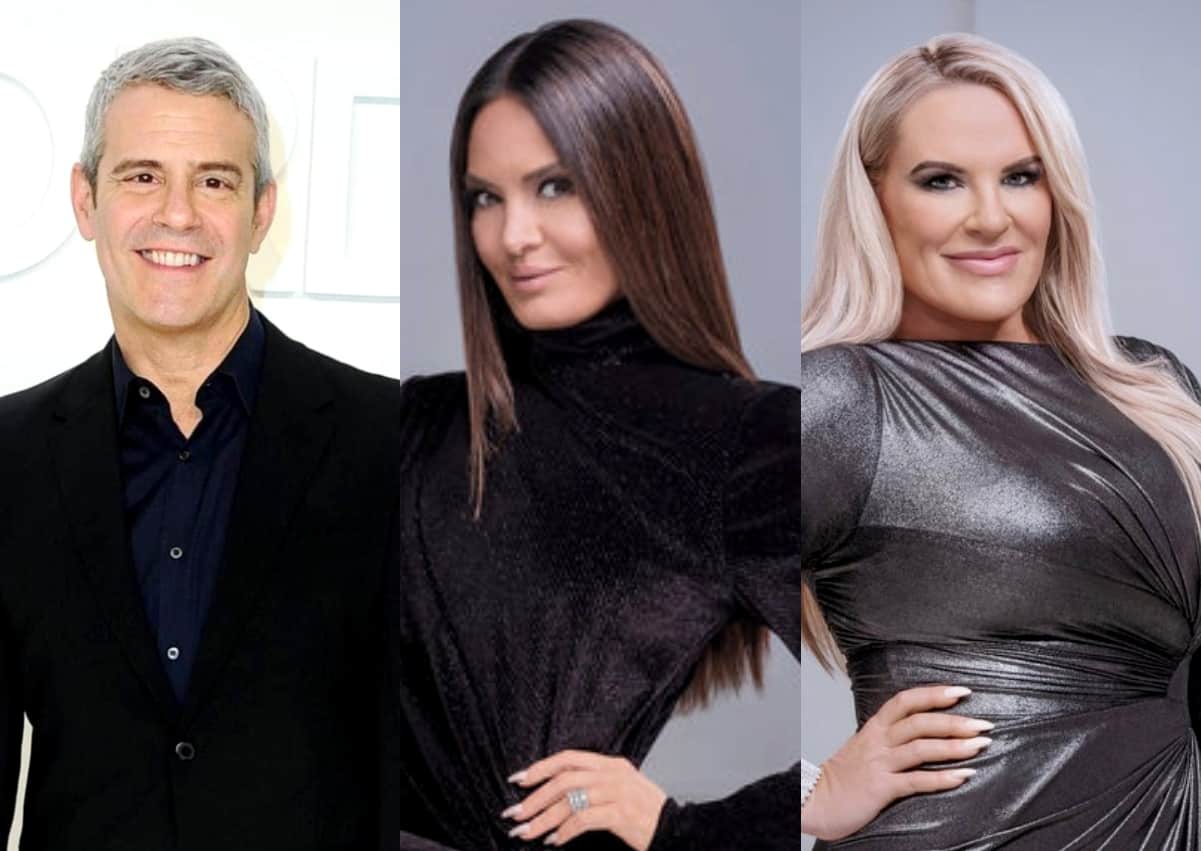 Lisa Barlow claims Heather Gay “married for money” as she slams her co-star on Twitter, and Andy Cohen confirms the RHOSLC will be picked up for a second season.

The Real Housewives of Salt Lake City might be the newest addition to the Housewives franchise, but the drama the ladies are bringing makes them seem like seasoned vets. As a result, Andy has confirmed that the ladies of Salt Lake will definitely be returning for a second season.

During the Watch What Happens Live “After Show” segment on January 19, guest and podcast host Danny Pellegrino told Andy he is “really hoping” RHOSLC will return. Andy then stated, “Oh they’re coming back for a season two” as fans cheered loudly in the background.

However, there is no word yet on when filming on RHOSLC season two is set to begin.

In more RHOSLC news, Lisa decided to go after Heather on Twitter. Heather typically acts as a peacemaker and is certainly one of the most beloved on the series thus far, and she even received love from superstar Rihanna on Instagram. Therefore, some fans were shocked when Lisa had some rather mean things to say after the January 13 episode.

On the episode, Lisa hosted a lunch and invited other successful female entrepreneurs, but Meredith Marks was the only co-star that received an invitation even though several of the other ladies also run successful businesses. Heather took to Twitter and simply asked why her friend and co-star Jen Shah was not invited.

“Why isn’t [Jen Shah] invited to this event,” she tweeted, adding a thinking emoji.

Why isn’t @TheRealJenShah invited to this event?? #RHOSLC ????

A fan weighed in by claiming “Lisa is too much of a climber.”

Although Heather was not the one to make the statement, that’s when Lisa set her sights on Heather and replied with a super harsh comment of her own.

“No that’s Heather’s job. I married for love[,] not for [money] and lifestyle and the Howard Hughes connection. I don’t need to climb. I earn my way!” she wrote. 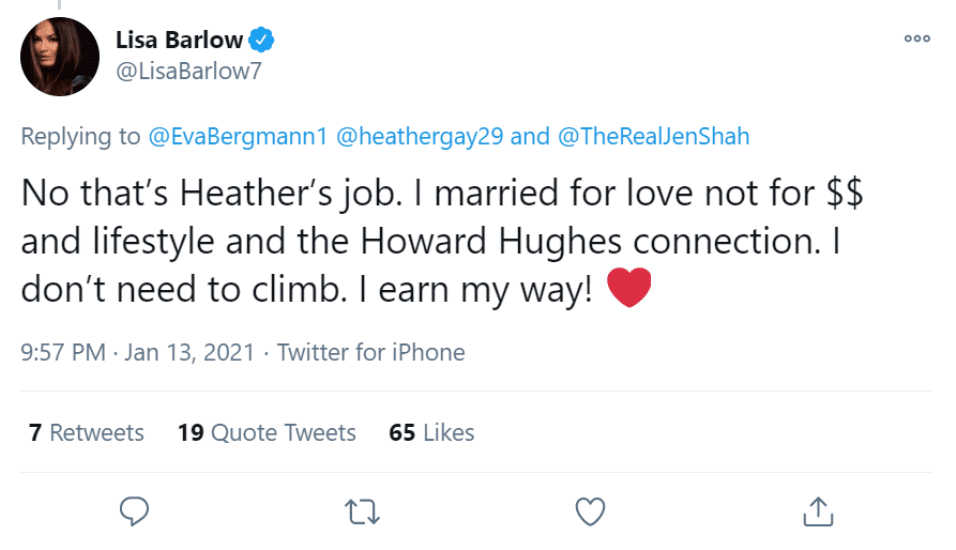 Heather responded by simply taking an excerpt from Meredith’s tagline and tweeting a “Get Well Soon” hashtag. However, several fans still felt the need to come to her defense.

“What an over the top reaction for such a simple question,” one fan wrote. ” [A] bit sensitive aren’t we? And you mention the church a lot, I think you use it as a social climbing tool.”

“Ahh man that was a low blow Lisa.. she was being honest and vulnerable by sharing those things from her past [and] throwing that back at her like this is so foul,” another replied.

“That comment on Heather’s post about her marriage is nasty and mean and shows exactly who you are!” a third fan tweeted. “Heather didn’t call you a social climber a [commenter] did, but you went for the jugular. [What a] sad and pathetic woman you are.”

A fourth fan really bashed Lisa by tweeting, “And by earns her way she means neglects her kids and emasculates her husband. Get me a Diet Coke and a straw has been her story line. A business women empowerment lunch that has only white women at it sealed the deal for me. Lisa is a climber,” the fan declared.

After reading some of the nasty comments, Lisa attempted to prove her point by sharing a clip from one of Heather’s confessionals where she is seen explaining why she married her now ex-husband.

“When I first met Billy, he checked all the boxes. He was over 6 feet tall, he was cool, and he was rich, and his family connection to Howard Hughes made him Mormon royalty. And that was all that mattered,” Heather said in the confessional.

What’s the matter? Don’t like the truth. Should I post the other one too? There is more♥️ pic.twitter.com/C5UUHyCwUl

Heather chose not to get down in the dirt with Lisa, but she recently revealed that fans will definitely get to see the two discuss their issues at the reunion, and Heather claims she “won.”

Real Housewives of Salt Lake City Live Viewing – This is also the live viewing thread for tonight’s new season one episode, which airs on Bravo at 10/9c. As the episode airs, please share your comments in our chat below.