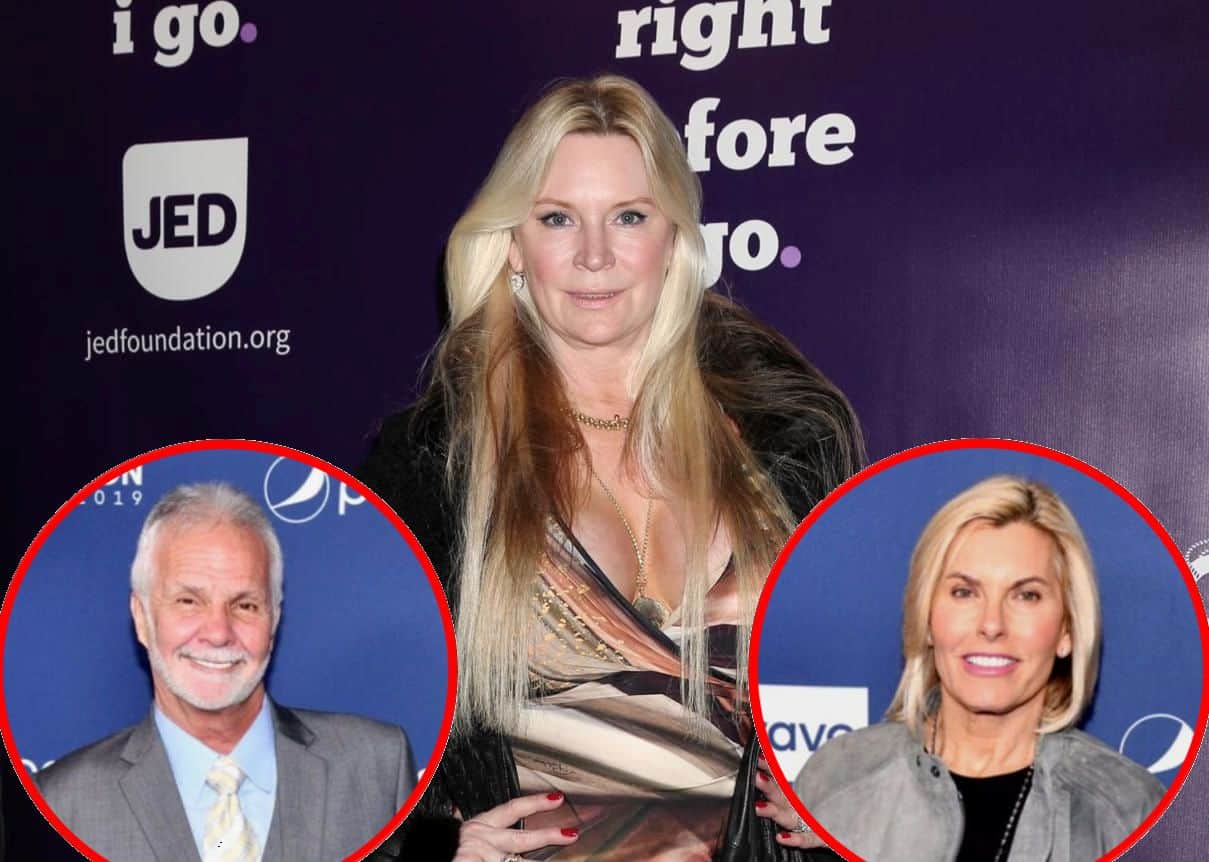 Below Deck charter guest Jackie Siegel, who is known as the Queen of Versailles, dishes on the one major rule producers asked her family to follow as she also reveals which Below Deck captain runs a tighter ship.

In a recent interview, Jackie shared that producers pulled her family aside before they boarded the yacht and asked them not to mention the death of Captain Lee Rosbach‘s son, Joshua Lee Rosbach. Joshua passed away in July 2019 at the age of 42 due to an accidental drug overdose.

“In the charter they basically let you do whatever you want to do,” Jackie told Showbiz Cheat Sheet. “It’s like a true charter. The only time they instructed us to do anything was before we got on the boat.”

Jackie added, “They said the only thing that we ask is don’t mention to Captain Lee anything about the loss of his son. Because it’s too emotional.”

It’s clear that the unimaginable loss is still extremely fresh for the captain and he’s admitted as much. Jackie and her husband, David Siegel, can relate to Lee, though, because they also lost their daughter to a drug overdose in 2015. Jackie says she and David “respected” the rule and she believed it would be easy to follow, but then she recalls what happened next.

“So we go on the boat and do our parade getting on the boat,” Jackie explained. “We shake hands with all the crew and then we’re shown to our staterooms. My husband is like, ‘Let’s just look around the boat and get acclimated.’”

“So we go and we open up the doors,” she continued. “He opens up a door, and all of a sudden we’re on the bridge and there’s Captain Lee, we just walked in on him. My husband goes in and walks up to Captain Lee and says, ‘I’m sorry about your loss.’ Right away those were the first words out of his mouth.”

Jackie was initially concerned that her husband had broken the rule, but she says she understands that David is still hurting and he felt like he could connect with the captain over their tragic losses.

“And so all of a sudden Captain Lee, he let down his guard and they must have talked for at least like 30 minutes,” Jackie claimed.

Although they broke the one rule producers had set, it turned out to be a great “mistake” because the two men truly developed a bond and are still friends today.

“I think it was good for both of them for emotional support,” she explained. “And in fact, my husband just called him a couple of days ago just to see how he was doing.”

If fans recall, this isn’t the Queen of Versailles’ first appearance on a Below Deck series. She appeared on the fourth season of Below Deck Mediterranean with Captain Sandy Yawn in charge. Jackie was asked to pick her favorite captain, but she had a tough time doing so because she says they’re both “fantastic.”

She went on to explain that Captain Sandy spends a great deal of time catering to the guests’ needs. She says that when she was on Sandy’s yacht, she and her friends were really there to let loose and party, and Sandy put up with it all.

“When I went on Below Deck with Sandy, I had kind of a group of girls that were kind of more like party animals,” Jackie recalled. “And I think they probably broke some of the rules.”

“I think Captain Lee, on the other hand, would be more strict,” she continued. “He wouldn’t put up with crap of people being disrespectful of the charter. I think in that way he’s a little more stern and more by the rules.”

As for Jackie’s favorite chef, that honor goes to Rachel Hargrove, who Jackie is trying to hire to work at her massive, 85,000 square-foot, Florida mansion.

“I have reached out to Rachel because I wanted to hire her hopefully, to be our chef at Versailles,” she shared. “Like when she’s in between jobs and charters. My kids, they loved her cooking and my boys are so picky.”