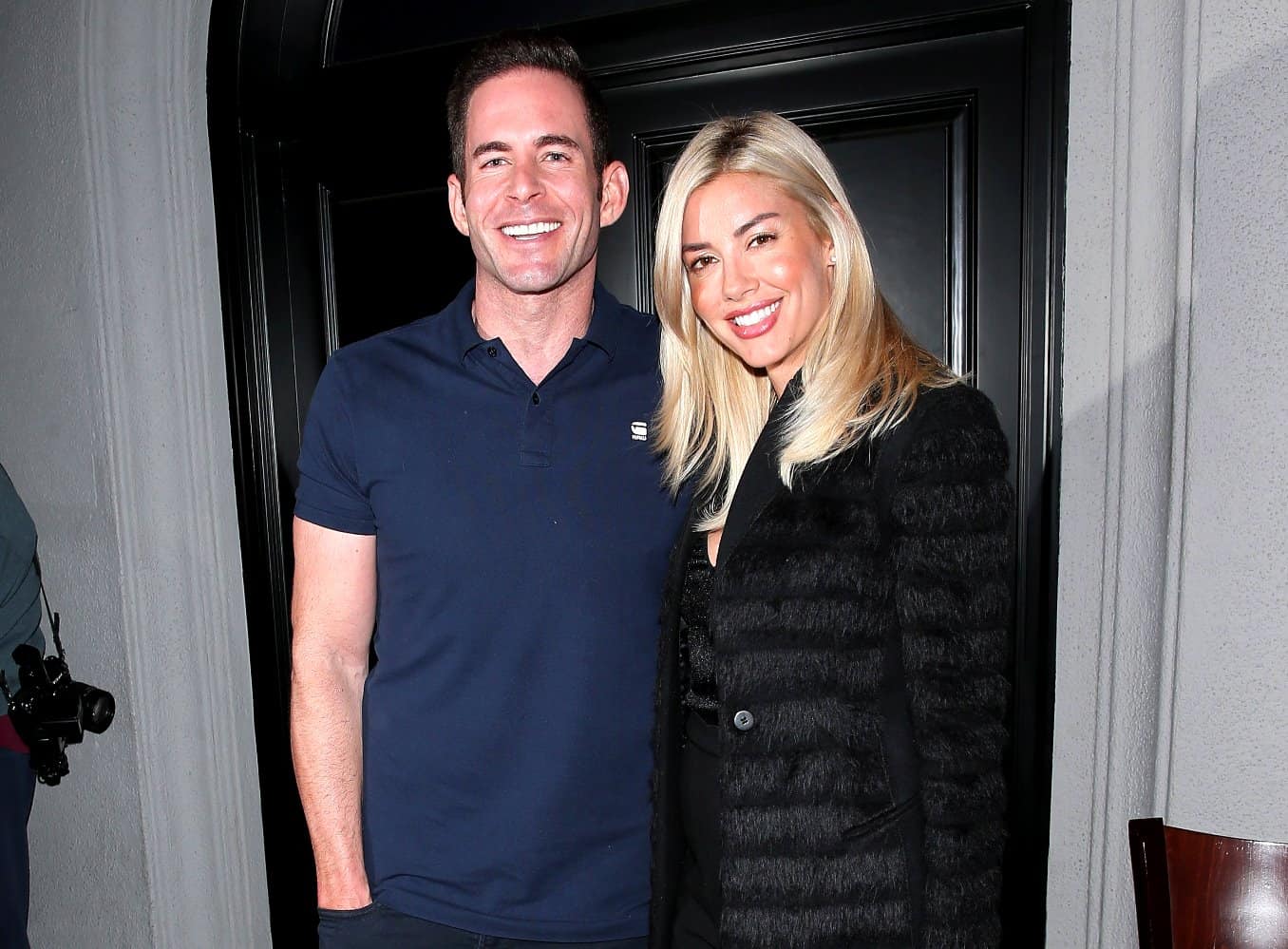 Heather Rae Young has deleted a photo she shared earlier this week of a tattoo she got in honor of her fiancé, Tarek El Moussa.

After debuting the new ink, which read, “Yes Sir, Mr. El Moussa,” the Selling Sunset cast member was forced to remove it from her page after fans slammed it as “creepy” and “disturbing” and wondered if the Flip or Flop star is her “master.”

In a screenshot of Heather’s post, she was seen standing with her hand, and newly upgraded engagement ring, on her hip as she showed off her tattoo.

“Happy Valentine’s Day Mr. El Moussa,” Heather, 33, wrote in the caption of the pic which she dedicated to Tarek, 39. 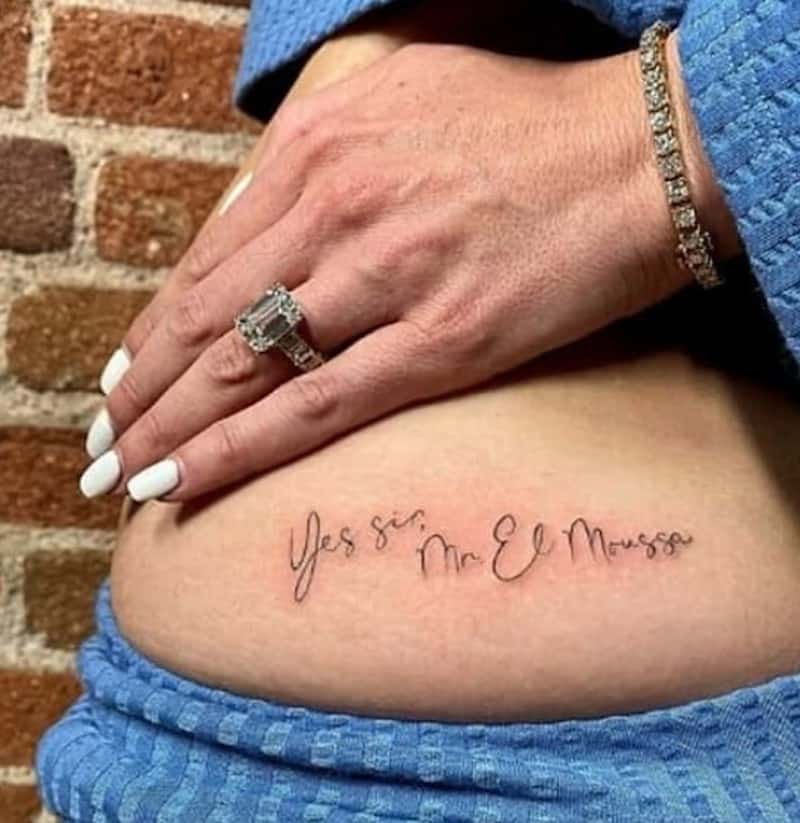 While the post was eventually removed, a number of social media users expressed their distaste for the ink in the comments section of a photo of the tattoo shared by Bravo and Cocktails on Instagram.

“Anyone else find that tattoo a bit creepy?” one person asked.

“I can’t decide if I am more disturbed by this stupid tattoo or how much she looks like his ex wife,” said another, giving a nod to Christina Anstead.

“This is so f*cking cringe,” someone else wrote.

Others expressed concern over the meaning behind the tattoo.

“Oh no sis, blink twice if you need help,” a woman shared.

“She takes orders from her master?” asked another.

After deleting the photo, Heather took to her Instagram Stories, where she shared a video taken from the tattoo studio of Sean Arnold. 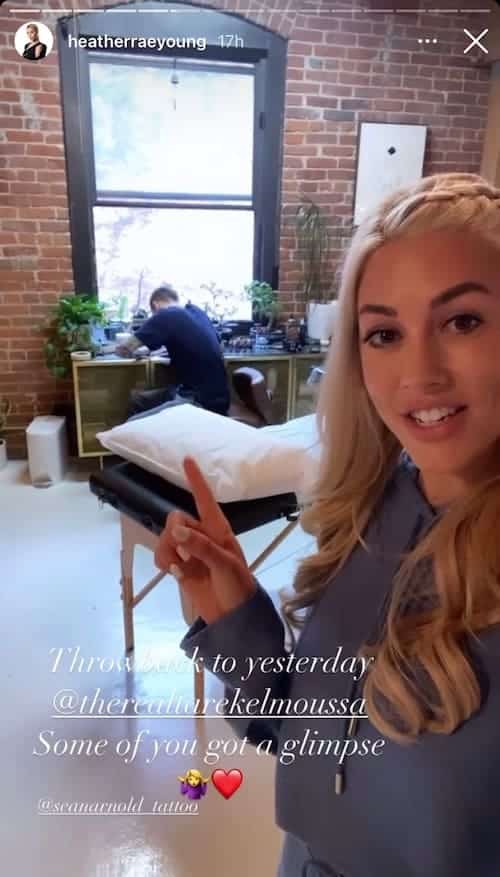 “He’s doing a tattoo for me and it’s very meaningful because I’m doing it for my fiancé and it’s something that’s just for us so you might not get to see it,” Heather said in the clip. “[It’s] something special. I’m really excited but I’m really, really nervous.”

Selling Sunset has reportedly been renewed for a fourth and fifth season by Netflix.

Flip or Flop season nine is currently airing on Thursdays at 9/8c.