Home Real Housewives Of Salt Lake City News RHOSLC’s Lisa Barlow On How Whitney and Heather “Put It On Heavy” For Cameras, Claims They “Mess Things Up” Due to Fame Obsession, Plus Live Viewing Thread

RHOSLC’s Lisa Barlow On How Whitney and Heather “Put It On Heavy” For Cameras, Claims They “Mess Things Up” Due to Fame Obsession, Plus Live Viewing Thread 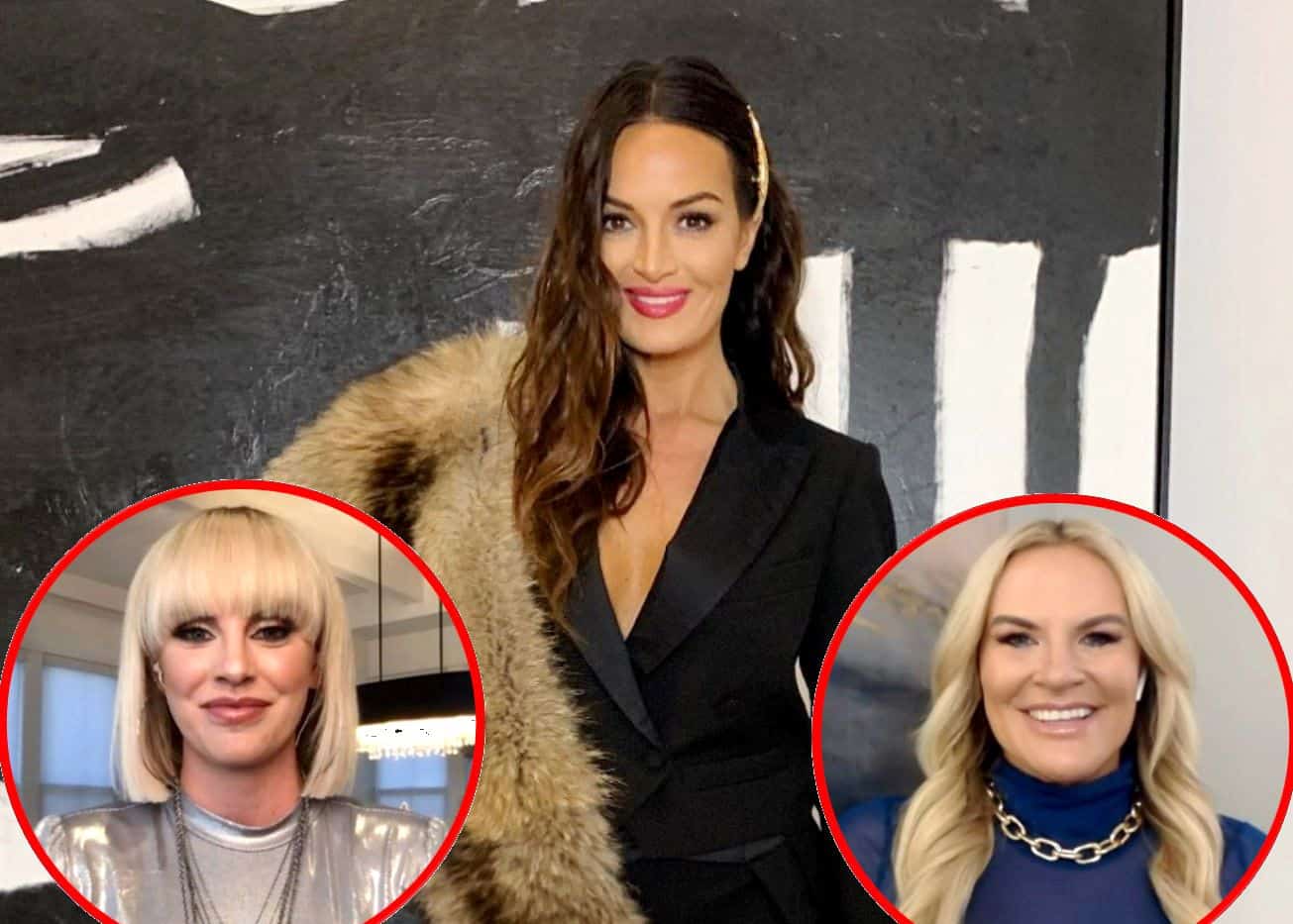 Lisa Barlow says Jen Shah’s over-the-top behavior on the show is “authentic,” but she alleges that co-stars Whitney Rose and Heather Gay “put it on heavy” for The Real Housewives of Salt Lake City cameras.

Lisa is not afraid to speak her mind as fans have witnessed, especially on the first installment of the three-part RHOSLC reunion. In a recent interview, the reality star dished on the show’s inaugural season and claimed that her pal Jen Shah is “100 percent authentic,” but two of her castmates are anything but.

Lisa claims that Whitney and Heather are not the same people when they’re filming because their personalities change completely once the cameras begin rolling.

“So, I think there [are] two [women] in particular that put it on heavy for [the] camera,” Lisa alleged on the Behind the Velvet Rope podcast. “And I think people think it’s Jen Shah, [but it’s] 100 percent not. Jen Shah is exactly how she is in person as she is on camera. When I talk to Jen on the phone and when I see Jen in person, it’s the same person. I forget cameras are around. Jen is like a very extreme version of me; she’s 100 percent authentic. I mean, I love her.”

Lisa added, “Some people are like, ‘The camera’s over there, I need to be over there.’ And instead of letting moments happen organically, they mess things up.”

The Vida Tequila CEO then went on to offer alleged evidence to back up her claims.

“One instance is when we were at Prohibition for the ’20s party. I love Jen and Meredith [Marks]. Meredith and I, I consider her like family. When I saw them not connecting, I went over there because I wanted to comfort both of them.”

As fans likely recall, Jen arrived late to the party and was upset when she noticed Meredith sitting next to Mary Cosby, who Jen had just had a falling out with due to Mary’s “you smell like hospital” comment. Jen then proceeded to confront Meredith for chumming it up with her nemesis. After Meredith “disengaged” from the confrontation, explaining that nobody could tell her who to be friends with, Jen began to cry and Lisa attempted to comfort her.

“And then there’s other people that are like, ‘Lisa and Jen are talking, let me walk over there because I don’t want to miss camera time.’ And that’s annoying! Like, that’s like rookie a little bit,” Lisa quipped.

Heather and Whitney did join the conversation, but Whitney was hosting the party, and Heather was also attempting to comfort Jen. In fact, Heather actually contacted Jen’s husband, Coach Sharrieff Shah, in order to give him directions to the venue so he could get drive his intoxicated, emotional wife home.

The “Sundance Queen” flat out says that Whitney and Heather are “obsessed” with fame, but as for her, she only did the show to promote her business.

“I would think two of them did [the show] for just fame and are like obsessed with fame,” Lisa claimed. “For me, I didn’t go into it for that reason. I’m proud of what I accomplished [and] I’m not embarrassed of anything.”

Real Housewives of Salt Lake City Live Viewing – This is also the live viewing thread for part two of the three-part season one reunion, which airs tonight on Bravo at 10/9c. As the episode airs, please share your comments in our chat below.