Scheana Shay posed for a series of stunning maternity photos with boyfriend Brock Davies on Tuesday.

Amid what appears to be a babymoon in Hawaii, the Vanderpump Rules cast member stunned in yellow and pink bikinis with a white lace coverup as photographs of her and Brock were snapped in a number of different and very beautiful locations.

On one of Scheana’s Instagram Stories on February 16, she was seen wearing a floral headpiece as her boyfriend Brock stood behind her, shirtless. 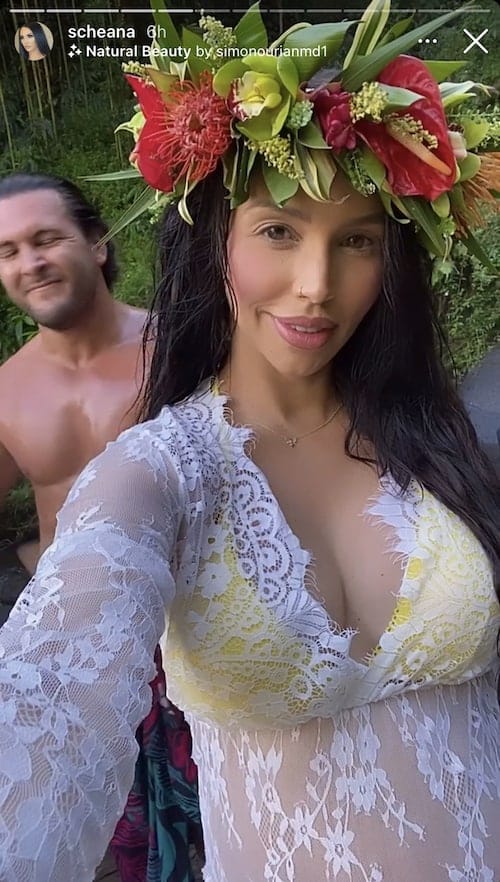 In a second, she was seen getting primped for the photoshoot by a man in a mask.

“Thank you [Gamaliel Tan], [Denison Photography], and [Sweet Haku Wahine] for my beautiful haku!” she captioned the second post. 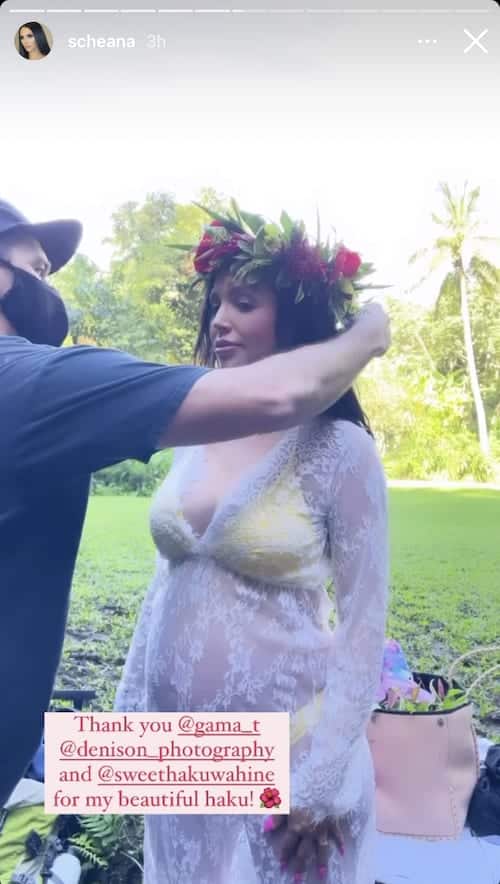 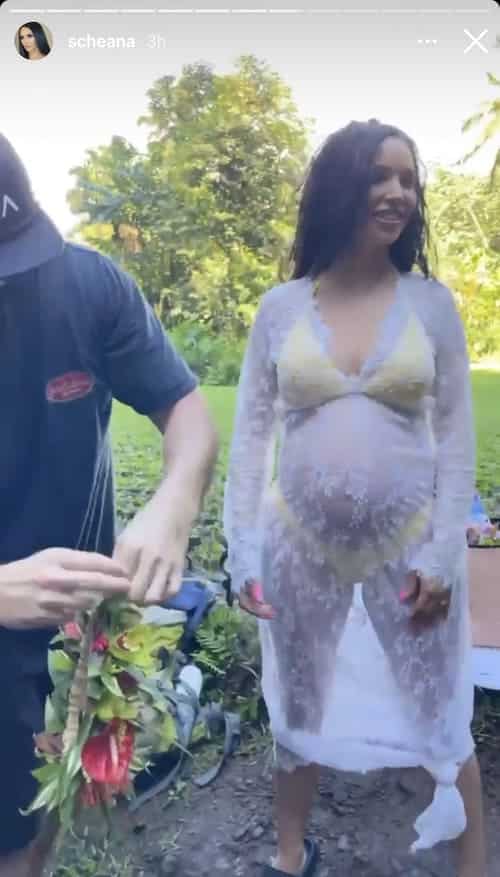 A fourth Instagram Story featured Brock, who had greenery draped around his neck, wrapping his arms around Scheana as she cradled her bare baby bump in front of a waterfall. 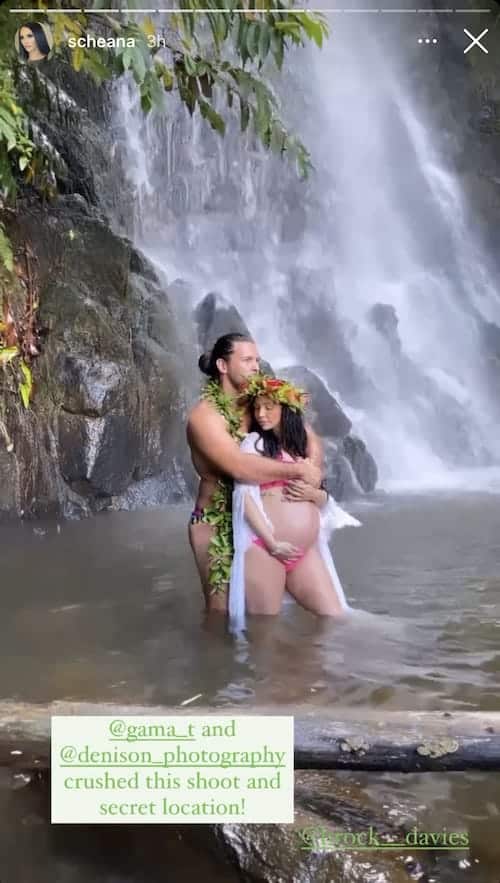 As Pump Rules fans well know, the cast of the hit Bravo reality series is in the midst of a baby boom.

Following the birth of Stassi Schroeder and Beau Clark‘s daughter, Hartford, in early January, Scheana is expected to give birth to her baby girl in April, along with Lala Kent and Brittany Cartwright, both of whom will welcome their first children with their respective partners, Randall Emmett and Jax Taylor, that same month.

Scheana and Brock first confirmed the news of her pregnancy in October along with a series of photos on Instagram.

“Being a mom is something that I didn’t think was necessarily going to be possible for me, which is why I froze my eggs twice last year. I didn’t know that I would be able to get pregnant on my own so I’m just so excited that we were able to do this naturally and that everything looks good,” she told PEOPLE at the time. “I’m so excited to have a healthy baby and hug my baby and just be a mom.”

A short time later, they revealed they were expecting a baby girl.