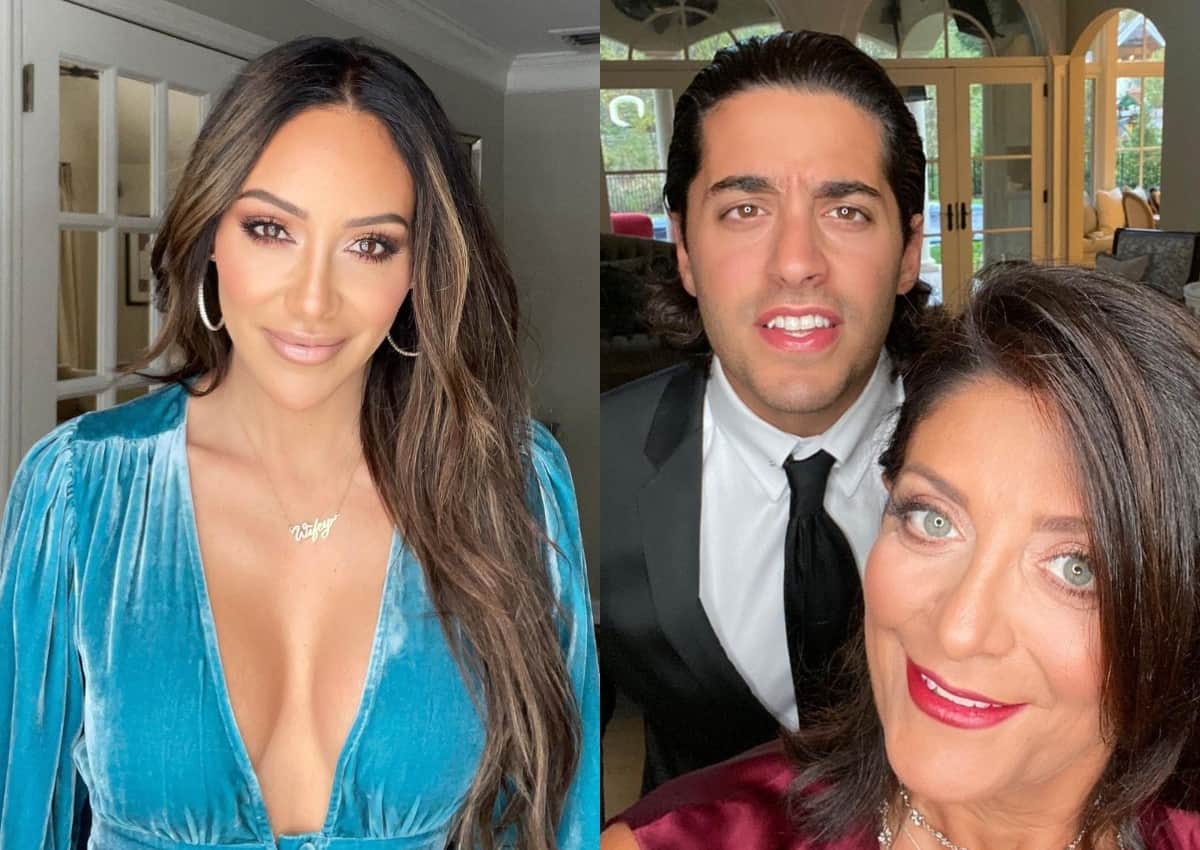 Joseph slammed both Melissa and her husband, Joe Gorga, last week by referring to them as “farm animals” after an outlet reported on The Real Housewives of New Jersey couple’s noticeable absence from Victoria Wakile‘s wedding.

“Lmao we cut those farm animals out of our life years ago that’s why they weren’t in attendance,” Joseph replied to an Instagram post by Page Six on February 16.

During a recent appearance on Watch What Happens Live, a fan wrote in to ask Melissa about the shocking comment, and the star clapped back with a very epic, but classy, response.

“To be honest, I hope we’re goats because goats are so cute,” she said with a smile. “Like, I hope he thinks I’m a little baby goat if he picks an animal. You know what, they’re a little sour about not being on the show any longer [and] it’s unfortunate, to be honest. I wish them all well, I love the Wakile children and I’m so happy for Victoria. She looked like a beautiful bride, so I don’t know. I think there’s a little sourness there that they’re not on the show anymore.”

Host Andy Cohen chimed in by admitting he was “surprised” that Joseph made such a comment. Melissa agreed, but she then went on to explain that she initially thought the comment was meant for Teresa rather than her.

“Very shocking because I’ve always had a great relationship with him too,” she admitted. “There was a part of me that was like, ‘Nah, the question got misconstrued. They definitely meant Joe and Teresa,’ the two cousins, which could have been, because I can’t picture him saying that, to be honest. But I know there’s hard feelings between the whole family and I get it and it is what it is.”

Andy also brought up the advice Gia gave Teresa on the February 24 episode, following Teresa and Jackie Goldschneider‘s big blowup on the season 11 premiere, where Teresa accused Jackie’s husband of cheating and Jackie used an analogy about Gia doing drugs.

Gia added, “I’m sure you weren’t happy when cheating rumors were going on about you and dad. If you upset her, say sorry.”

Melissa was asked about the advice Gia provided, and the Envy Boutique owner claims that sometimes Gia is more of an adult than Teresa.

“I actually feel like Gia sometimes takes the place of the adult a lot of the times, and Teresa always goes to her for advice and it was actually great advice,” Melissa explained. “It was great advice and she seemed unbothered by it.”

As for the analogy Jackie used, Melissa admits that her friend went a little too far.

“Listen, I have to be honest; it was the worst analogy possible, let’s be real. Even if Gia’s 20 years old, you do not want to hear her name tied in with drugs at all,” she stated. “I would freak out, to be honest with you, I would see red if someone said that about Antonia. But on the other side, I understand Jackie was so stressed out and was trying to make a point, but it was like throwing gasoline on fire.”