Home Real Housewives of New Jersey News Teresa Giudice on What Could Have Saved Her Marriage to Joe Giudice and Opens Up About Divorce, Reveals Where She Stands Now With Brother Joe Gorga After Intense RHONJ Season 11 Fight

Teresa Giudice on What Could Have Saved Her Marriage to Joe Giudice and Opens Up About Divorce, Reveals Where She Stands Now With Brother Joe Gorga After Intense RHONJ Season 11 Fight 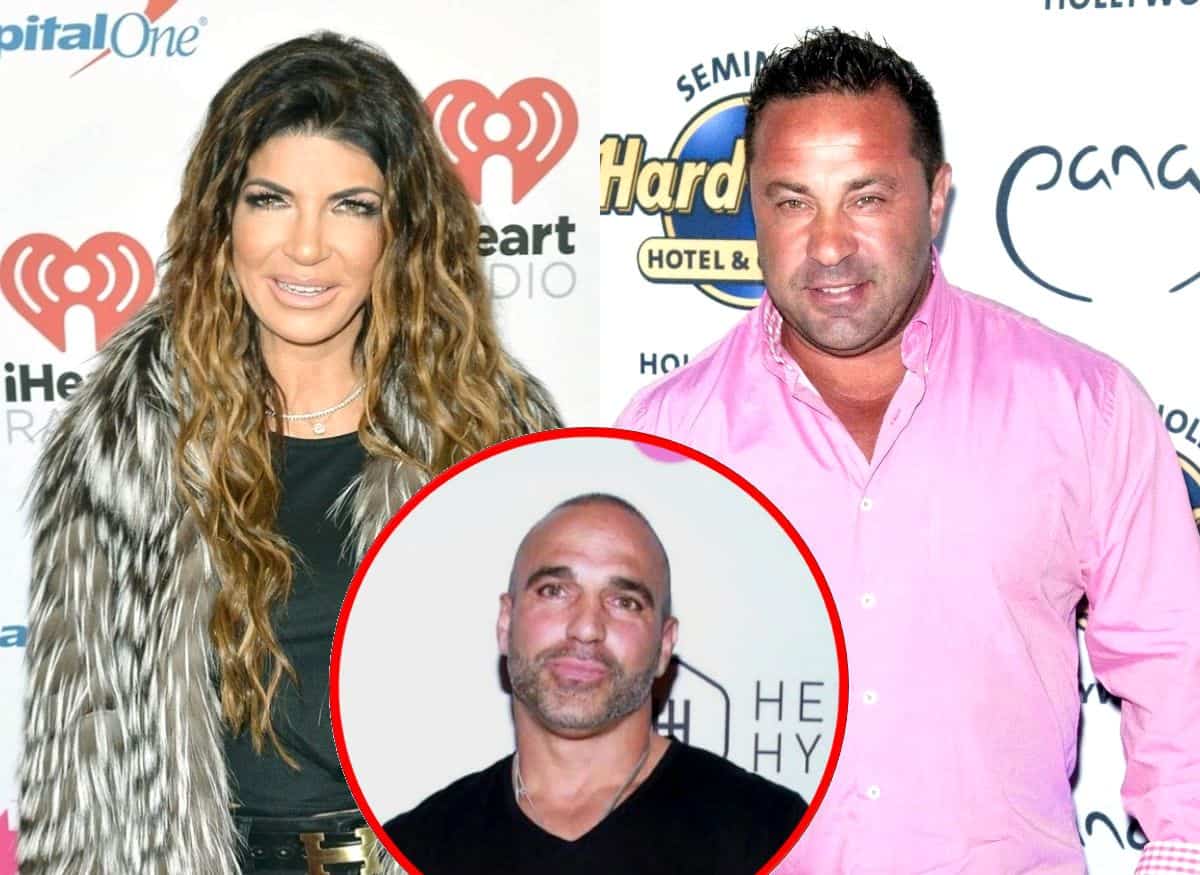 As Real Housewives of New Jersey fans know well, Teresa always maintained that divorcing Joe – who she was married to for over 21 years – was not an option, but she says her mind completely changed once he was deported to Italy after serving a 41-month prison sentence for numerous fraud charges.

“I wasn’t going to just take my kids and move to Italy,” she explained to Entertainment Tonight. “They grew up here. They want to be here.”

According to Teresa, she might have decided against divorce if her kids had voiced a desire to move to Italy.

“You never know, if my daughters said, ‘move to Italy,’ then maybe I would’ve done that,” she shared. “But my kids did not want to move. They don’t even speak the language. They had been through so much already.”

The reality star understands why some have questioned her change of heart since she was so anti-divorce for so many years, even when cheating rumors were swirling, but says “no one should say anything” until they’ve been through what she’s been through.

As for her current relationship with the former contractor, the Fabulicious! author says Joe, who is now living in the Bahamas,  is “doing great” and is still very much a part of her life. She also claims they had the “easiest divorce” ever.

“Joe is the father of my daughters, he’s an amazing father [and] he’s in my life,” Teresa explained. “He did the right thing by me. Everything that happened to me, he didn’t mean for it to happen to me. He really didn’t. He didn’t want any of this to happen.”

“But yeah, the divorce, the easiest divorce in the whole universe,” she continued. “I definitely recommend anybody getting a divorce, think about your kids, and [how that] person is going to be in your life the rest of your life. So, try to just take it easy. Don’t spend that money on lawyers. Try to split up everything with each other and take it easy,” she advised.

Although things seem to be great between Teresa and Joe, the father-of-four has recently bashed Teresa’s brother and sister-in-law in the press. In fact, in the season 11 trailer, Joe Gorga is seen yelling at Teresa for seemingly choosing her ex-husband over him and his wife, Melissa Gorga.

“You gonna defend him,” Joe Gorga questions his sister as he launches a dish into the air. “F*ck that piece of sh*t! He put my mother in a f*cking grave! You understand that?!”

Teresa says fans will “have to tune in and see how [the latest family rift] plays out.” She does say she’s “good” with both her brother and Melissa at the moment, hinting that the fight in question wasn’t nearly as bad or damaging as other fights fans have witnessed in the past between the siblings.

The Real Housewives of New Jersey airs Wednesdays on Bravo at 9/8c.