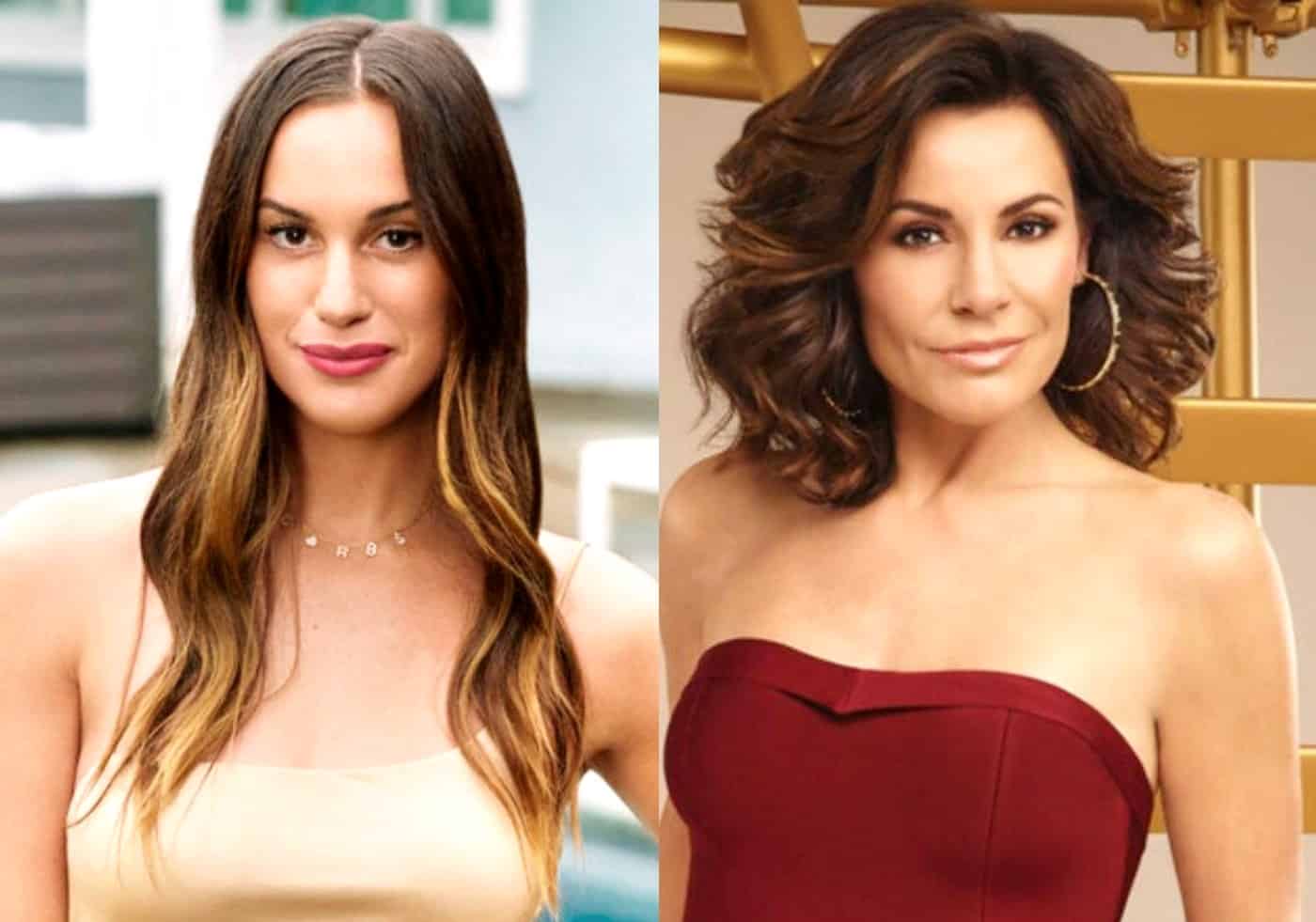 Luann apparently played a role in Hannah’s whirlwind romance with her now-fiancé, Des Bishop, as the Bravo’s Chat Room co-host is crediting Luann for her first date with Des. After Hannah announced the exciting news, Luann took to Instagram to congratulate her friend.

“Congrats! [Hannah Berner] So happy for you! Can’t wait to meet him!” the cabaret star wrote.

“I love you so much Lu! Fun fact, he messaged me to go on our first date after he [saw] I was out in Long Island with you. So, basically it’s all because of you,” Hannah responded on Luann’s congratulatory post.

After a night out with the countess in July, Hannah received a DM from Des on Instagram, and the couple has been inseparable ever since as she says she connected with the comedian instantly. The two kept their engagement quiet for a couple of weeks, but she’s now revealing how the proposal went down.

“When we first started dating, Des would send me this really funny video, singing videos, that would make me laugh,” she told People Magazine. “On Valentine’s Day, I woke up and I had a video of him singing, which I hadn’t gotten since the summer. And then it ends with him being like, ‘I have a surprise for you.'”

That’s when the reality star turned around and found Des down on one knee.

“I’m in bed with my Invisalign on, and my breath is terrible,” she teased. “And he’s just kneeling on the side, and then he just pulls out the ring. I think I just made weird crying noises.”

As for a potential bachelorette party, Hannah’s bestie and Summer House co-star, Paige DeSorbo, plans to hire Bolo, the infamous male stripper who recently made an unforgettable appearance on The Real Housewives of Atlanta.

[Michael Bolwaire (aka Bolo)] I’ll be in touch. Thank you,” Paige wrote on Hannah’s engagement announcement on Instagram.

Hannah hopes to get married “sooner than later” because she says there’s no reason to wait when she’s with her “best friend,” and it’s highly likely that Luann will be there to watch her friend walk down the aisle.

The Real Housewives of New York City season 13 is expected to premiere on Bravo in the coming months and Summer House airs Thursday nights on Bravo at 9/8c.