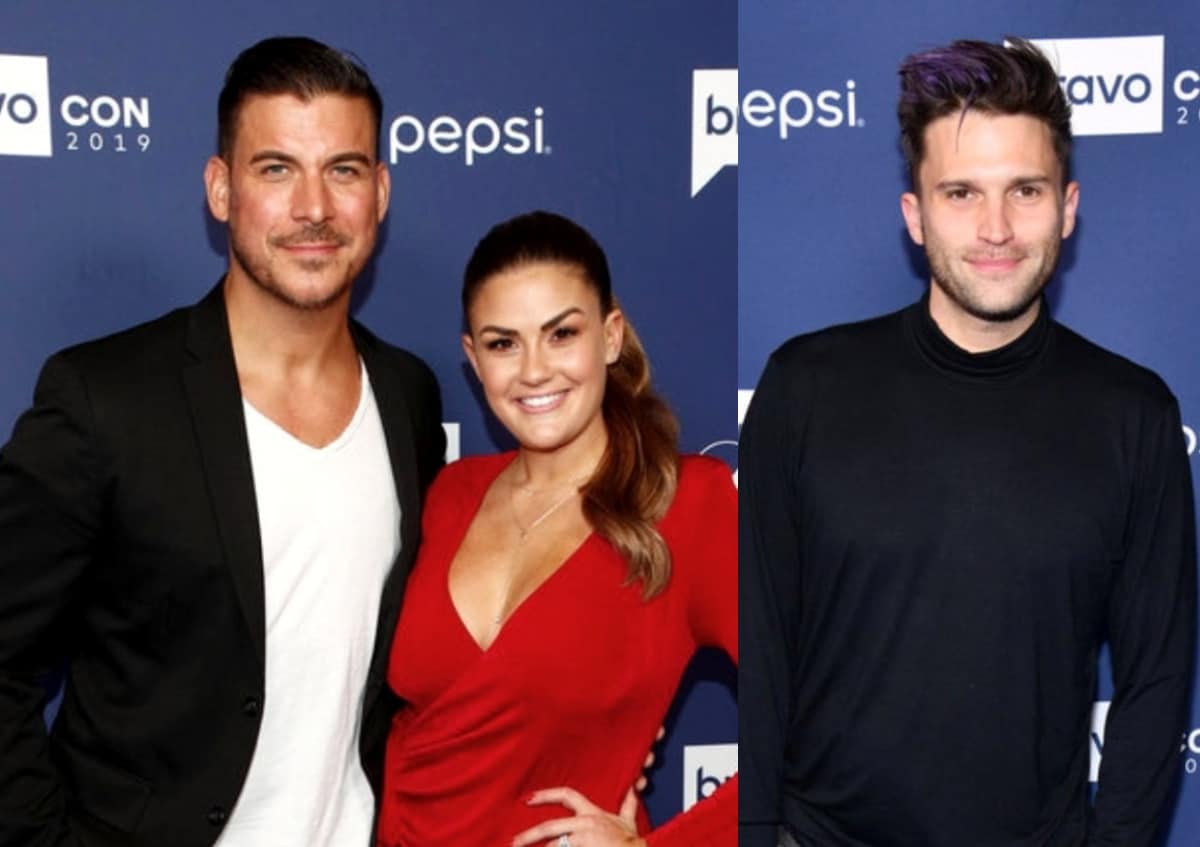 Jax Taylor and Brittany Cartwright took their fans and followers inside of their unborn son‘s nursery on Monday.

After receiving some help getting organized by Home on Point, the same company behind Lala Kent‘s unborn daughter’s nursery, the former Vanderpump Rules stars shared a series of photos and videos of their child’s room as their friend and ex-co-star, Tom Schwartz, seemingly leaked his name.

“Don’t know what we would do with out you seriously,” Jax wrote in a comment to Home on Point on March 8.

“You guys are THE BEST!!” Brittany added of the company. 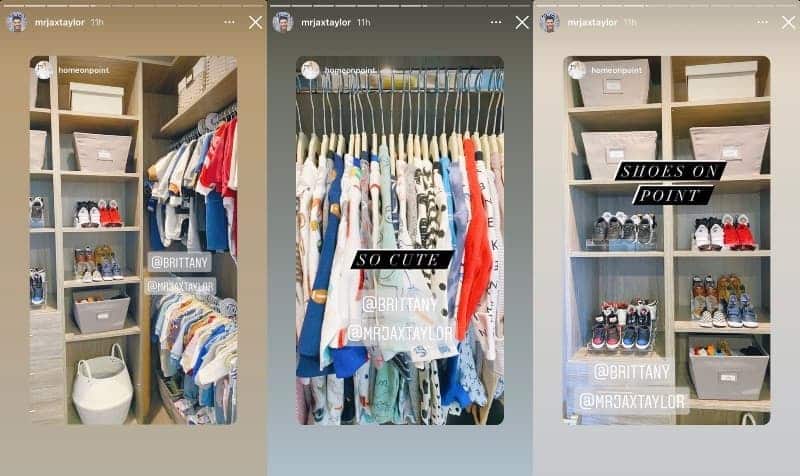 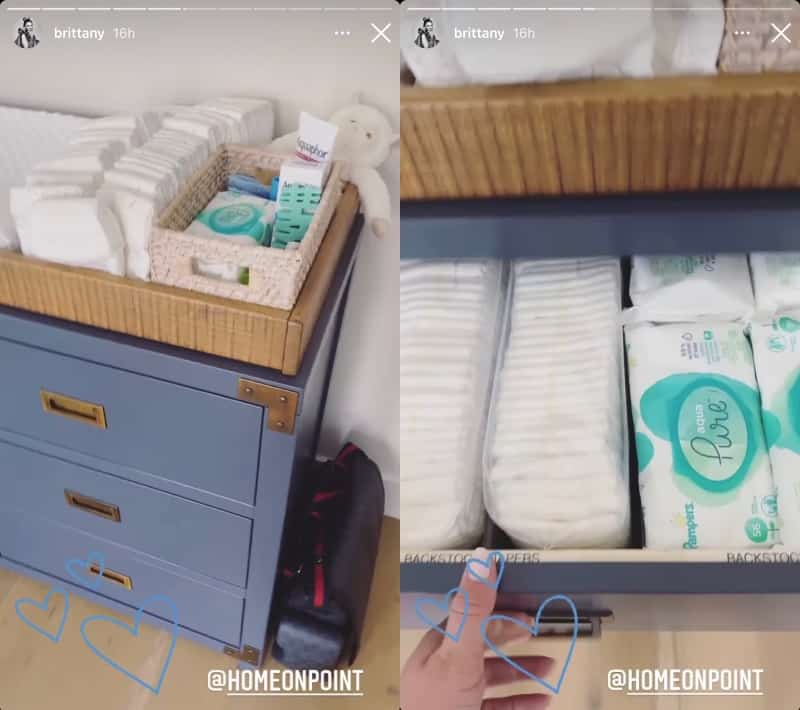 “LOVE this cool nursery! Check out my stories now to see all the fun we had today getting [Brittany Cartwright and Jax Taylor] ready for their little one! Can’t wait for them to be parents!” Home on Point wrote in the caption of a photo slideshow of their son’s nursery, which appears to have a dinosaur theme.

The company also shared photos on their Instagram Stories. One featured a “bottle station,” and another featured Jax and Brittany’s downstairs changing table. As they explained, a second changing table was a must for the couple’s $1.9 million home. 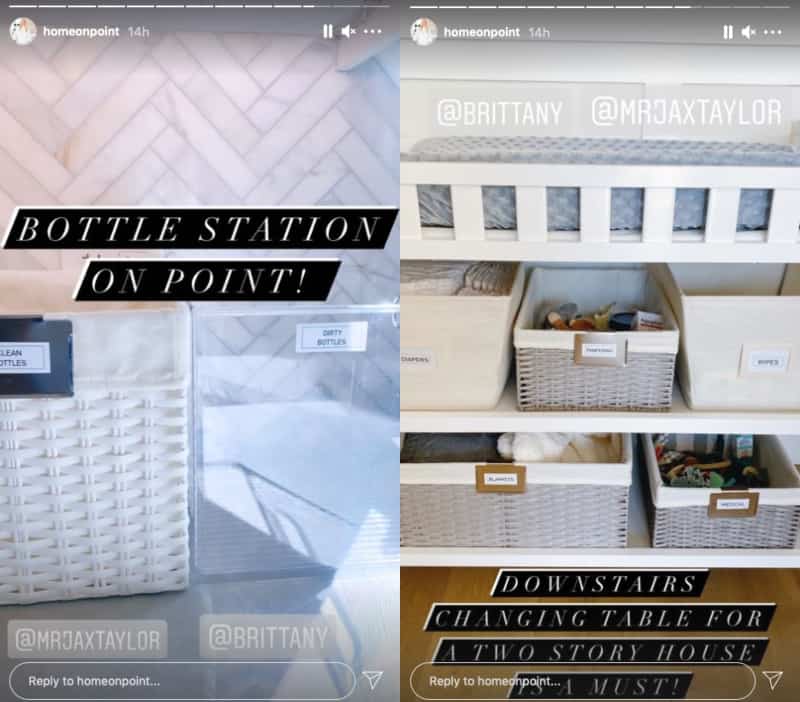 In other Pump Rules news, Schwartz, who, along with his wife Katie Maloney, threw Brittany a baby shower over the weekend, seemingly leaked her son’s name in a posted-and-deleted Instagram Story.

“Tom Schwartz accidentally revealed Brittany and Jax baby name!” the Moxey Blonde wrote on Instagram, along with a photo of Schwartz’s erased photo.

After the photo of Jax and Brittany’s son’s “Cruzing” onesie was shared, a number of Twitter users weighed in on the supposed name leak.

“So Schwartz IG’d a pic of the name Jax and Britt chose for their baby on a gift for him. How pissed do you think they are? He deleted it but it’s out there. How many surprises has Jax ruined?” Love Andy C asked.

“If it was going to be anyone who was going to ruin Jax and Brittany’s baby name reveal, it would be Tom Schwartz…. it just tracks so well with the type of person he is,” another person replied.

If it was going to be anyone who was going to ruin jax and Brittany’s baby name reveal, it would be Tom Schwartz…. ???????? it just tracks so well with the type of person he is