Home Bachelor Bachelor Matt James Admits He Broke Up With Rachael Kirkconnell Over Racism Scandal as She Speaks Out, Plus Two New Bachelorettes Are Announced!

Bachelor Matt James Admits He Broke Up With Rachael Kirkconnell Over Racism Scandal as She Speaks Out, Plus Two New Bachelorettes Are Announced! 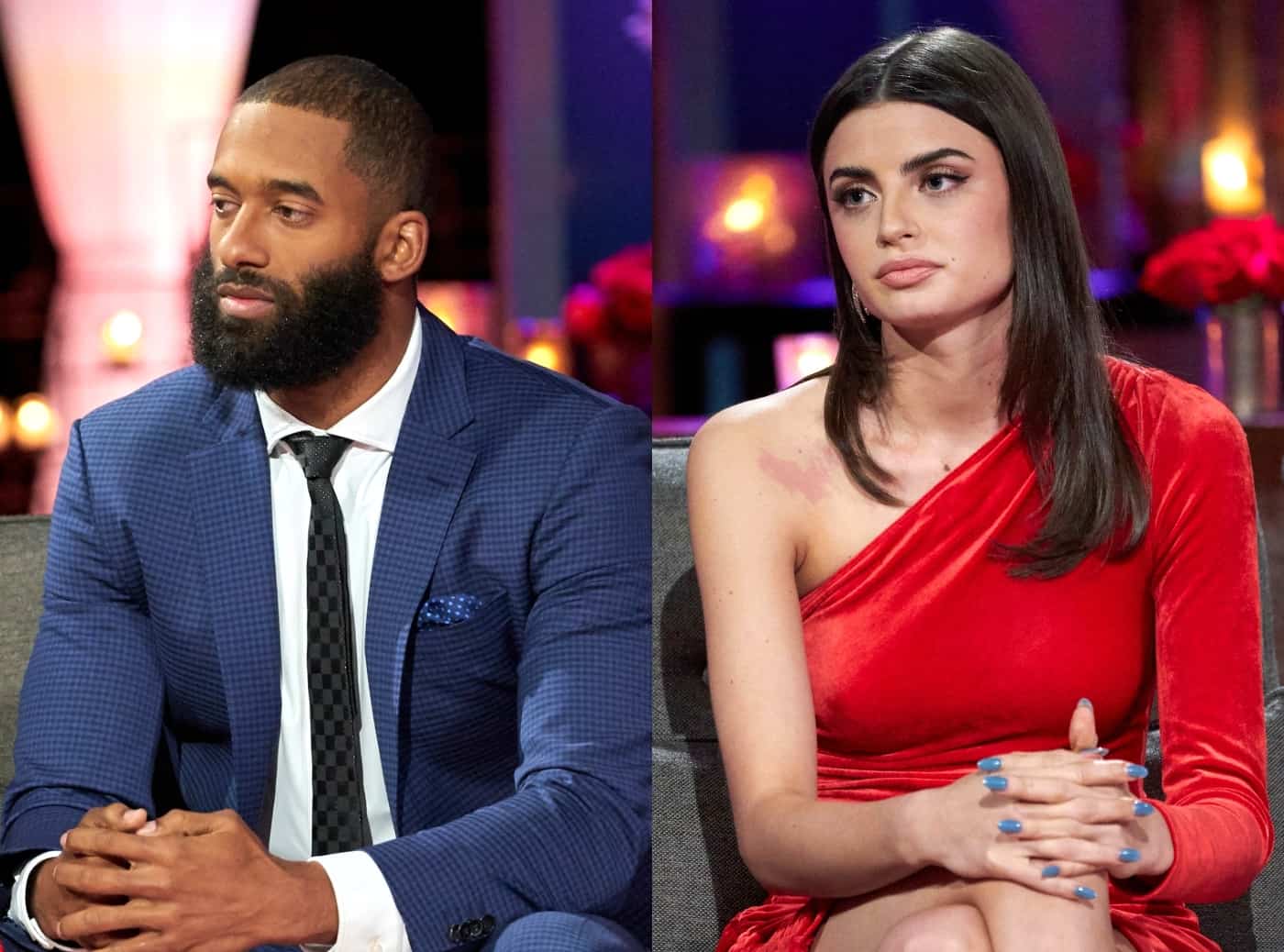 Matt James and Rachael Kirkconnell have split amid her antebellum controversy as The Bachelorette makes history.

For the first time in weeks, Matt and Rachael came face to face last night for The Bachelor‘s After the Final Rose special with host Emmanuel Acho. The two reflected on their relationship and Matt admitted he was madly in love before Rachael’s racially insensitive photos surfaced.

“It felt like an extended honeymoon period,” James said of their first few weeks together. “It was super, it was great. Initially, it started out how you would imagine.”

However, that all changed when photos of Rachael attending an antebellum-themed college party resurfaced on social media, leading to a racism scandal. Matt explained that he first “dismissed them as rumors,” and he was devastated when he realized it was true once Rachael came out and apologized publicly for her past actions.

“And I wasn’t okay, because it was in that moment and the conversation that I had that Rachael might not understand what it means to be Black in America,” he stated, adding, “As Rachael acknowledged in her apology, there’s a lot of work that needs to be done. I have to take a step back and allow her to put in that work. And I’m looking forward to seeing her put in that work.”

Matt feels there’s just no way that the 24-year-old will ever truly understand him.

“If you don’t understand that something like that is problematic in 2018, there’s a lot of me that you won’t understand. And it’s as simple as that.”

The host then asked Matt if there was anything he’d like to say to his ex since they were finally face-to-face again.

“The most disappointing thing for me was having to explain to you why what I saw was problematic and why I was so upset,” he told Rachael. “And that’s why it was problematic, because when I’m in a relationship, it means that I’m committed to that person — and commitment for me when I’m dating someone is on track to get married.”

“And so when I questioned our relationship, it was on the context of you not fully understanding my Blackness, and what it means to be a Black man in America,” he continued as Rachael cried. “And what it would mean for our kids when I saw those things that were floating around the internet.”

Rachael realizes how much she hurt Matt, but she revealed just how much she’s hurting as well.

“For him to end things, he must’ve been very, very hurt by everything,” she said. “It was hard because I lost the love of my life, but in the process of that, I hurt him while doing so, I love him so much and I always will. And I do feel like I finally do know what real love feels like.”

Meanwhile, on a much happier note, the new Bachelorette was also announced last night, but with a major twist. There will actually be two Bachelorettes! Katie Thurston and Michelle Young were both given the highly sought-after position, and they will each have their own back-to-back seasons. 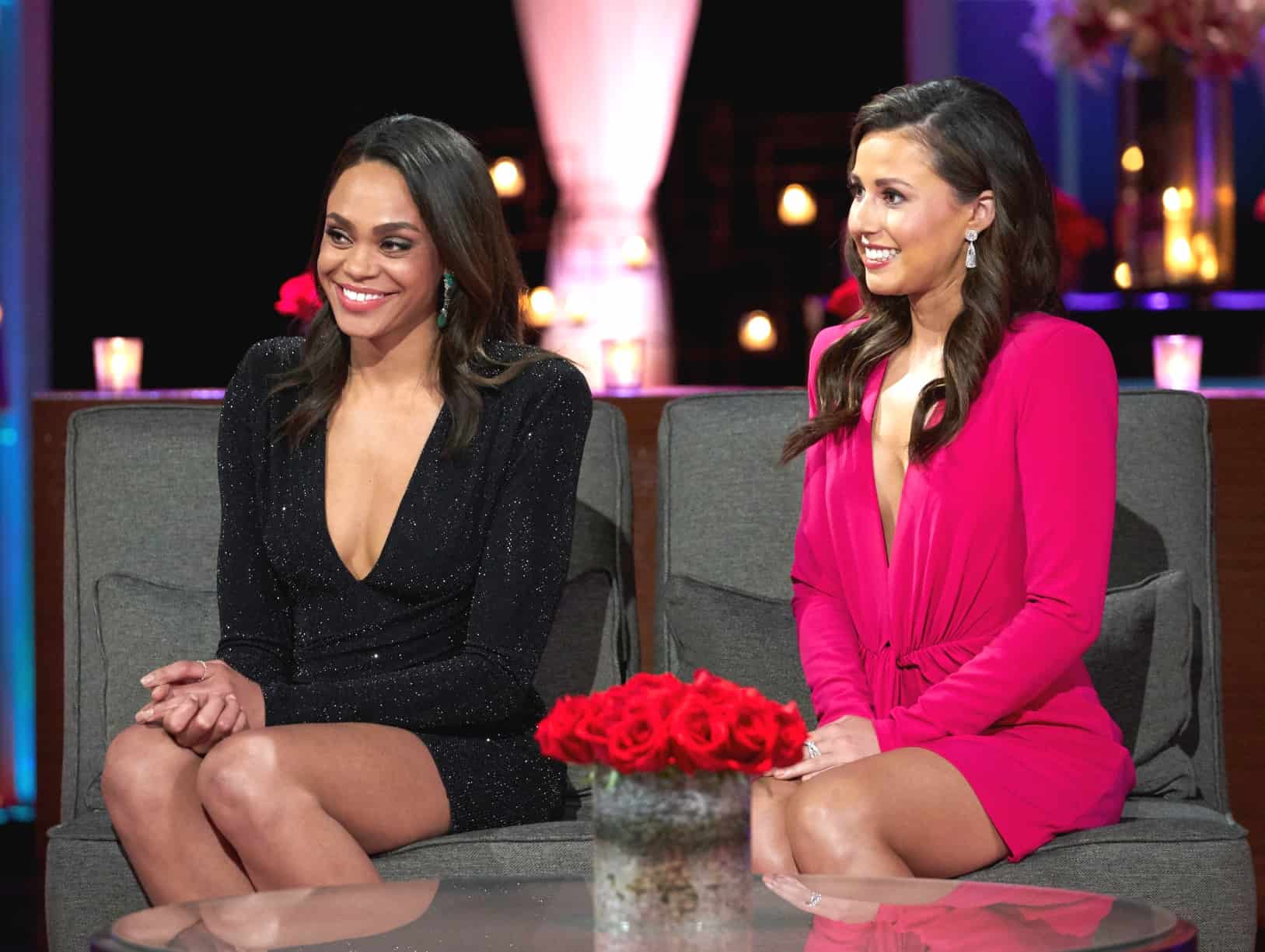 Katie Thurston and Michelle Young are announced as the two new Bachelorettes!

“I would be lying if I didn’t say when they first told me, I thought we were going to be the Bachelorette at the same time,” Michelle explained on the special. “And so I was a little nervous, but once I found out it was two different seasons, I was here for it. I’m excited I get to have somebody to bond over with this and share notes as we go.”

Both ladies were on Matt’s season of The Bachelor, but Katie was eliminated after their first one-on-one date. Michelle made it all the way to the end, but she was left heartbroken when Matt chose his now-ex-girlfriend, Rachael.

The ladies are expected to begin filming in July after Bachelor in Paradise.