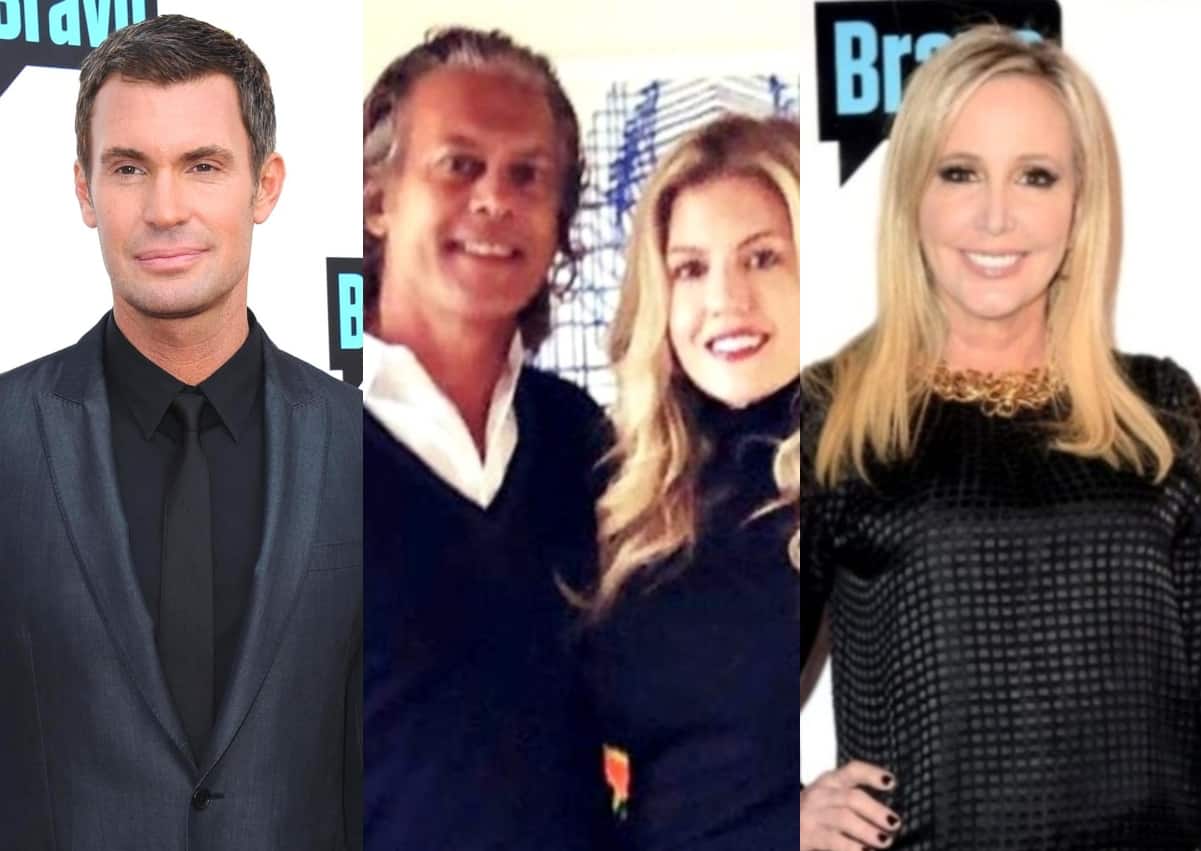 Jeff Lewis received a series of nasty text messages from David Beador after he and David’s former wife, Shannon Beador, discussed the gift she sent to him and his current wife, Lesley Cook, for their new baby during an episode of his radio show last week.

During the latest episode of SiriusXM’s Jeff Lewis Live, which aired Monday on Radio Andy, the Flipping Out star read the messages he received from David before sharing Shannon’s reaction to the video Lesley recent shared of herself opening the Madeline doll she received from The Real Housewives of Orange County cast member.

“Jeff, nice podcast. You and Shannon are so f*cking boring. All you can do is talk about me and my wife you f*cking loser. Glad to see karma bit you in the a** a couple times now. What a chump you are,” David wrote in one of his messages, according to Jeff’s statements on the March 29 episode of his show.

Then, after Jeff congratulated David on his new baby and said he hoped he was “enjoying Shannon’s gift,” David accused him and Shannon of “putting kids in the middle” of their drama.

“You and Shannon are two peas in a pod, too self-absorbed and selfish to get the effect your words have on the kids. What a chump you are. Glad you’re getting what you deserve. Thanks for your fake congrats,” David reportedly said, adding that Shannon’s “gift will make a nice donation” for someone in need, such as Jeff.

“So I wrote, ‘I’m sincerely happy for you. Where can I send a baby gift? I’d like to confirm the address so it does not get lost like Shannon’s gift,'” Jeff recalled. “And then he sent me a fist bump emoji.”

Also during the episode, Jeff revealed how the RHOC cast member reacted when he showed her the video Lesley had posted on her Instagram Stories, which featured her opening the gift Shannon had sent weeks ago.

“She looked at it and said, ‘I saw her opening the gift. She pulls the card out of the bag but the card was not in an envelope.’ She said, ‘Jeff, I would never put a card in a gift without an envelope. It’s been opened before. And, if you look at the tissue paper, unless somebody threw it on the ground and stepped on the gift, that’s not how I did the tissue paper,” Jeff explained.

After Shannon first revealed she had sent a gift to David and Lesley, Lesley slammed her story as “fake.”