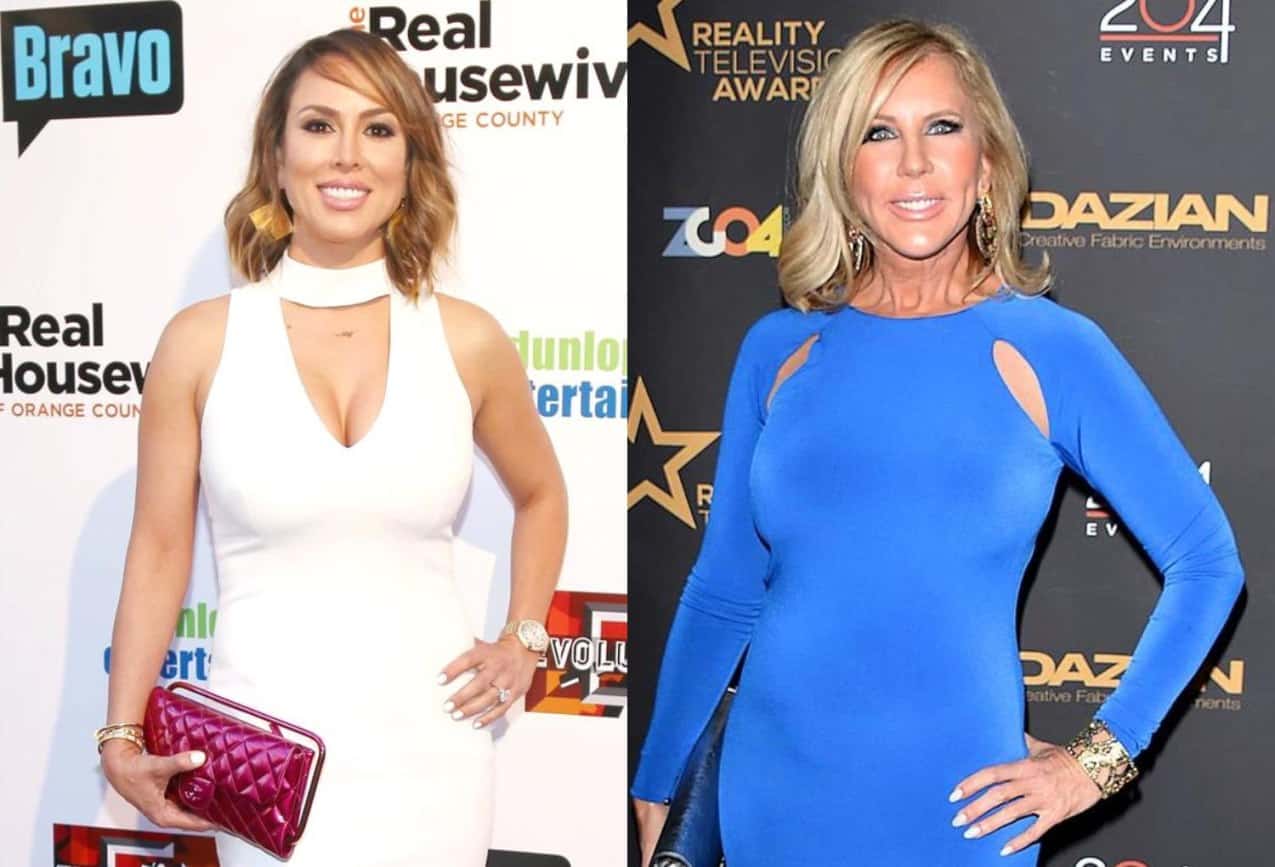 Kelly Dodd claims it was Vicki Gunvalson who walked out on her bill at Lisa Vanderpump‘s Pump restaurant.

After being accused of a dine and dash at the West Hollywood venue during a recent episode of Overserved With Lisa Vanderpump, the Real Housewives of Orange County cast member appeared on Jeff Lewis‘ podcast, where she opened up about her September 2016 outing with Vicki, during which Vicki allegedly “stiffed” her waiter.

“What happened was I was at The Abbey with Vicki Gunvalson, the cheapest chick on earth, and her [friends],” Kelly began on the March 29 episode of Jeff Lewis Live. “We went to The Abbey because I was like, ‘My friends are here, they’re going to get a table.’ Well, they end up ordering way more so they ended up charging us $575. And I’m like, ‘Well, I’ll get the bill,’ thinking that they were going to pick up the lunch.”

After venturing to Pump with Vicki and her friends, the RHOC star asked the waiter for a separate bill because she didn’t want to get stuck with “another huge bill.”

Although the waiter obliged to Kelly’s request for a separate bill, Kelly said he was “upset” and “annoyed” that she asked. Still, she “tipped him well” before later seeing that he had gone on Twitter and accused her of stiffing him.

“It wasn’t me. It was those old b-tches that did it. I have my receipt,” Kelly explained.

While Kelly immediately cleared up the issue with her receipt, the drama reared its ugly head yet again when Lisa claimed she banned Kelly from her restaurant due to a dine and dish incident on her new show last month.

“I thought the story was cleared up five years ago and then for her to say I was banned for dining and dashing, I was like, livid,” Kelly admitted.

“And by the way,” she continued to Jeff, “you, me, and Heather McDonald and Lea Black went to TomTom. I didn’t know I was banned from her restaurants. I never knew I was banned.”

After shutting down Lisa’s Overserved claim on Twitter, slamming the ban as a “lie,” Kelly received an apology from Lisa, as well as an invite back to her restaurant.

“That was really nice of her to apologize. I heard that she doesn’t apologize to anyone so that made me feel good,” Kelly shared.

Also during the episode, Kelly revealed that one of the women included in her and Vicki’s day out was someone her former castmate allegedly used pot with.

“This other girl, a brunette chick… she did a lot of these blueberries [pot gummies] back when her and Vicki used to do them together before it was legal,” Kelly alleged.

The Real Housewives of Orange County season 16 is currently on hold.