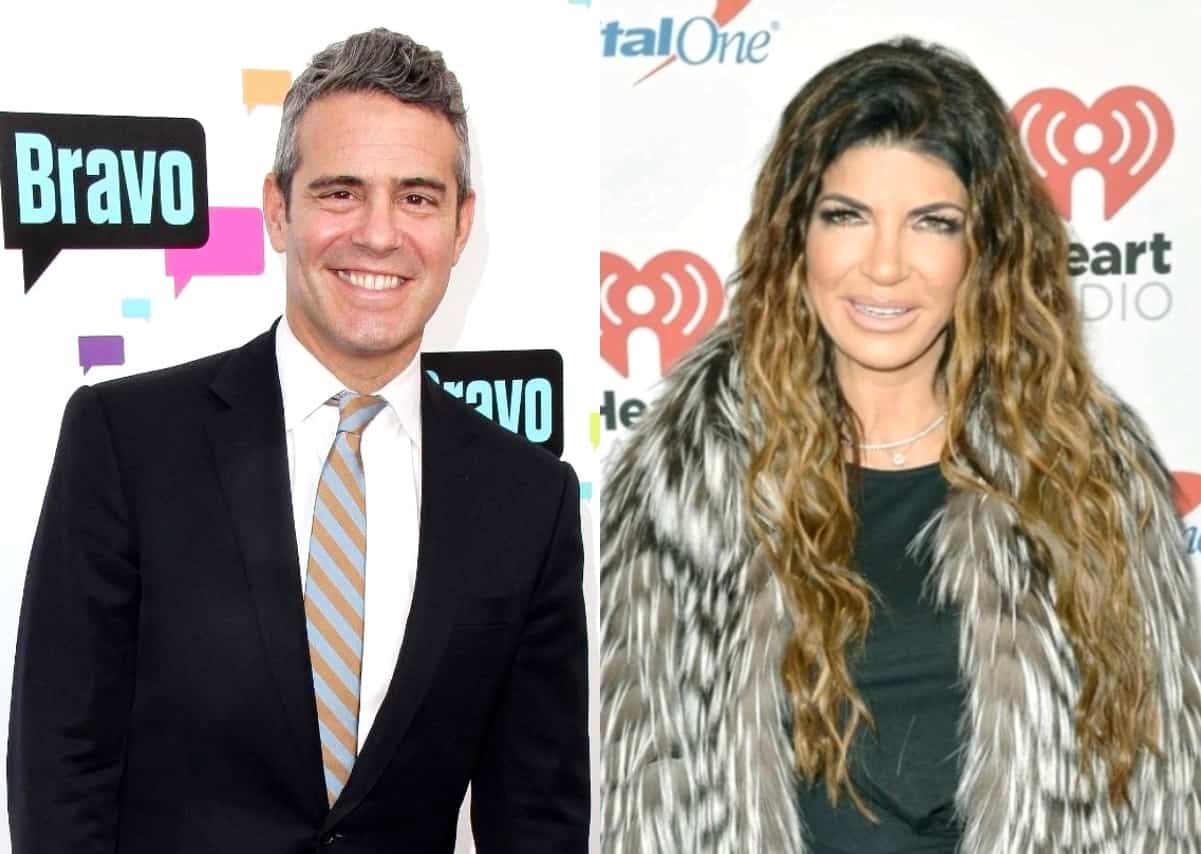 Andy Cohen is finally explaining why he chose to keep Teresa Giudice on The Real Housewives of New Jersey following her fraud conviction.

It’s no secret that Teresa seems to be one of Andy’s favorite Housewives, despite her past legal issues, as she’s one of the only remaining OGs left in the entire franchise. In 2014, the reality star and her then-husband, Joe Giudice, pleaded guilty to multiple counts of fraud. Both were sentenced to prison. Nevertheless, Teresa was able to keep her spot on RHONJ, and in a recent interview, Andy explained why.

“There were people who said, ‘You have to fire her,’” Andy told Vulture. “And it’s like, ‘Look, she’s going to jail. We’ve invested all this time.’ This was something that her friends were accusing her of for years, and she was running from it. I’d rather see her grow as a human being than kill her off.”

Years later, Teresa still remains a central figure on the show as viewers have witnessed her many ups and downs over the past 11 seasons. Though other Housewives within the franchise have dealt with tragedy on camera, Teresa’s journey has been especially tough. Nevertheless, though Andy spared the Turning the Tables author in 2014, that doesn’t necessarily mean her job is secure these days.

As fans well know, she started the current season off with a bang when she spread a salacious cheating rumor about her co-star Jackie Goldschneider‘s husband, Evan Goldschneider. Soon after the episode aired, a source claimed Teresa fabricated the rumor for a storyline because she’s “terrified” of being fired.

“She’s being watched by the network and needed a story to stir the pot,” the source told Page Six at the time. “She had zero proof [that he cheated] and made up the story because Bravo has been getting rid of original Housewives. [She’s] too expensive and they can filter through different women. She’s desperately trying to stay relevant.”

However, Teresa has since responded to the report by simply stating it’s “not true.”

Though Teresa continues to play an important role in the franchise despite her complicated past, it’s unclear what Andy will decide to do about current Housewives who are facing their own legal troubles. In recent months, fans have been calling for him to fire Real Housewives of Beverly Hills star Erika Jayne and Real Housewives of Salt Lake City star Jen Shah due to their alleged involvement in illegal activities. Andy hasn’t said much about Erika’s situation, but he did say he’s “praying” the charges against Jen aren’t true.

“Oy vey! I’m waiting to see how it plays out,” he said on his radio show. “I have nothing to add to what we already know, other than I certainly hope and pray that none of it is true.”