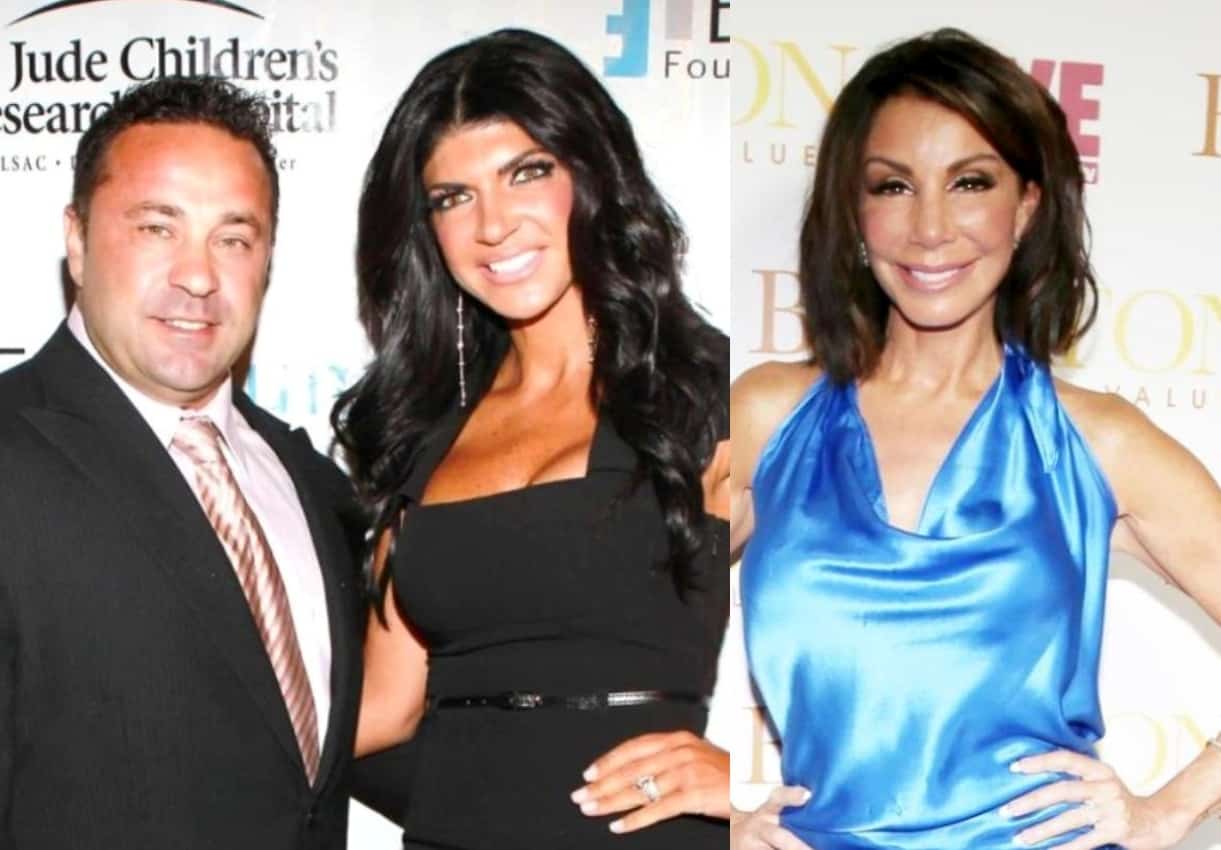 Danielle Staub gushes over Joe Giudice and calls him a “stand-up guy” as Joe admits he doesn’t miss being married because there are plenty of fish in the sea.

During a recent Instagram Live interview while promoting the Smore dating app, Danielle played a quick round of “Marry, Shag, Kill,” and the former Real Housewives of New Jersey star was asked to choose between Joe Giudice, Joe Gorga, and Frank Catania. At first, Danielle said she’d shag Joe Giudice, but she quickly changed her answer and said she’d marry Teresa Giudice‘s ex.

“I don’t know if I’d want to marry him or shag him,” Danielle pondered. “Marry, I’m changing it to marry.”

However, she quickly noted that she was simply playing a game and doesn’t actually want to marry the former contractor.

“Please don’t think I want to be with Joe Giudice, but if I’m doing these three picks, it would be Joe Giudice because he knows how to be a father to daughters.”

She added, “He also went to prison for his wife, even though they both committed the crimes…he took heavy hits for her, and still does. I think that that’s a stand-up guy. I think he learned his lessons, too. I think he’s a better man now than he was before. He’s in amazing shape, I could do yoga with him.”

.@daniellestaub is an Absolute LEGEND. #JoeGiudice #RHONJ Joe Is the Winner of Marry category !!!! Almost won Shag but Marry won out!!!!! pic.twitter.com/IxSrNWr9lQ

And speaking of marriage, Joe recently admitted that his deportation was not what ultimately ended his marriage to Teresa. He then went on to admit that he doesn’t even “miss” his 20-year marriage to the reality star.

“I mean, she’s with her new guy and everything,” he told Us Weekly. “Why would I want to go back to that? … There’s a lot of other women out there.”

“I don’t really miss being married. … I’m good,” he added, noting that he does miss spending time with his daughters on a daily basis.

Though he doesn’t wish to rekindle his romance with Teresa, he said they’re “cordial” and they still speak from time to time.

“It’s not like we call each other every day but … I got nothing against her,” he explained. “I grew up with her, you know what I mean? She’s the mother of my kids.”

Of course, Joe has moved on with attorney Daniela Fittipaldi, and Teresa is madly in love with her boyfriend Luis Ruelas, who Joe recently met in the Bahamas.

“[It was] a little awkward [when we met],” he said. “It was a group atmosphere … I guess he just wanted to introduce himself being that they’re probably moving in together and I guess the kids are going to be living there with them as well, which was understandable and nice of him.”