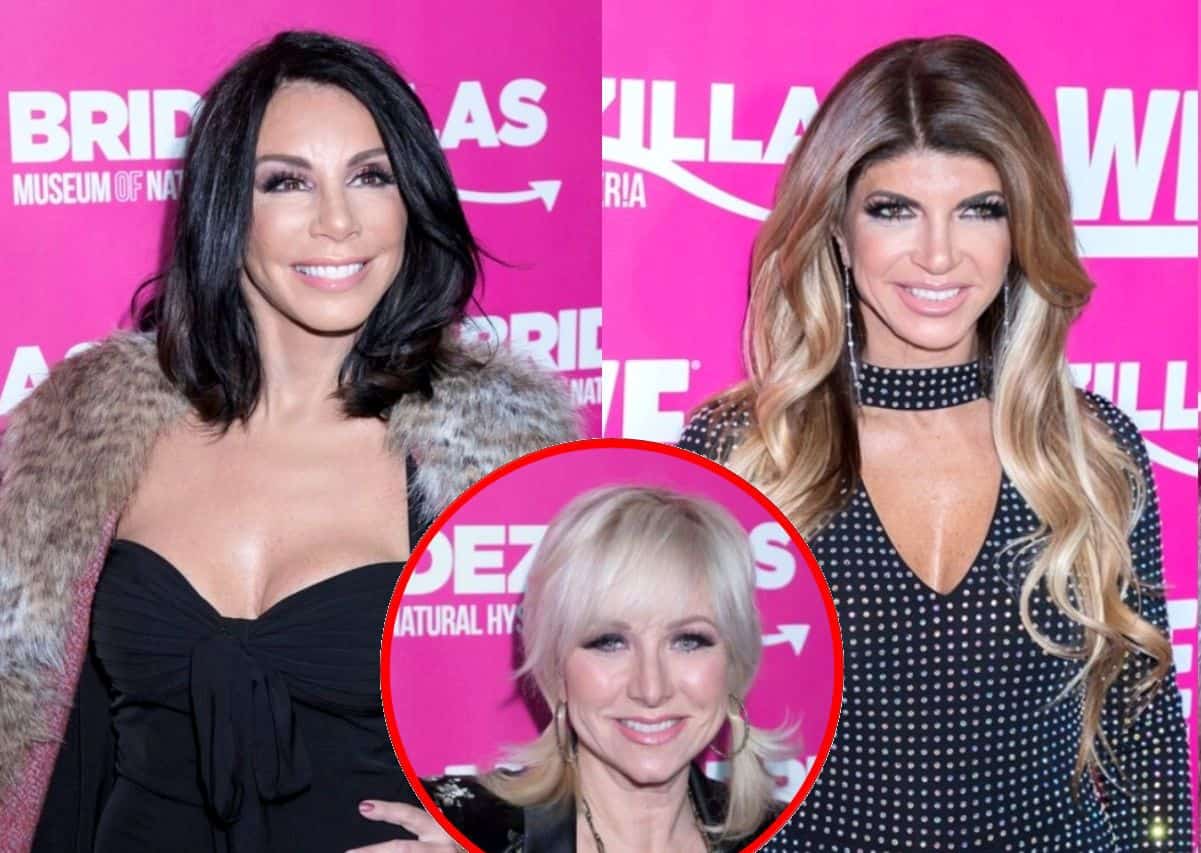 Danielle Staub believes she may be the only person to star on The Real Housewives of New Jersey who hasn’t committed crimes.

During a recent interview, the former cast member and mother of two spotlighted the many legal issues of her ex-cast mates before opening up about what led her to leave the Bravo reality series after season 10, slamming Joe Gorga‘s allegedly corrupt business dealings, and revealing she once shared a romantic moment with actor Gerard Butler.

“I’m pretty much the only person on The Real Housewives of New Jersey that didn’t commit crimes in my adult life,” Danielle said while appearing on the April 15 episode of S’More Date.

According to Danielle, she believes that Joe, despite his denials amid RHONJ season 11, is involved in crime as well.

“He is working it and he is trying to hide behind it but I’m going to call him out and call him right to the table,” Danielle proclaimed. “It’s not right what he’s doing … he didn’t flip that house, he doesn’t do anything without other people doing the work, he just takes the credit for it – not paying people is part of their scam.”

As fans may recall, Joe was involved in a scandal in early 2020 after he seemingly shared a series of phony before and after photos of a home he didn’t actually renovate.

As for her exit from RHONJ, which came after a three-season “friend” run, Danielle suffered a “nervous breakdown” triggered in part by “the most negative person [she’s] ever met,” Margaret Josephs.

Later on, Danielle revealed she and Gerard engaged in a “little smooch” at a fashion show her daughter was in years ago.