by Emily Campbell May 11, 2021 114 comments
ShareTweetWhatsappPinterestRedditTumblrMailFlipboard 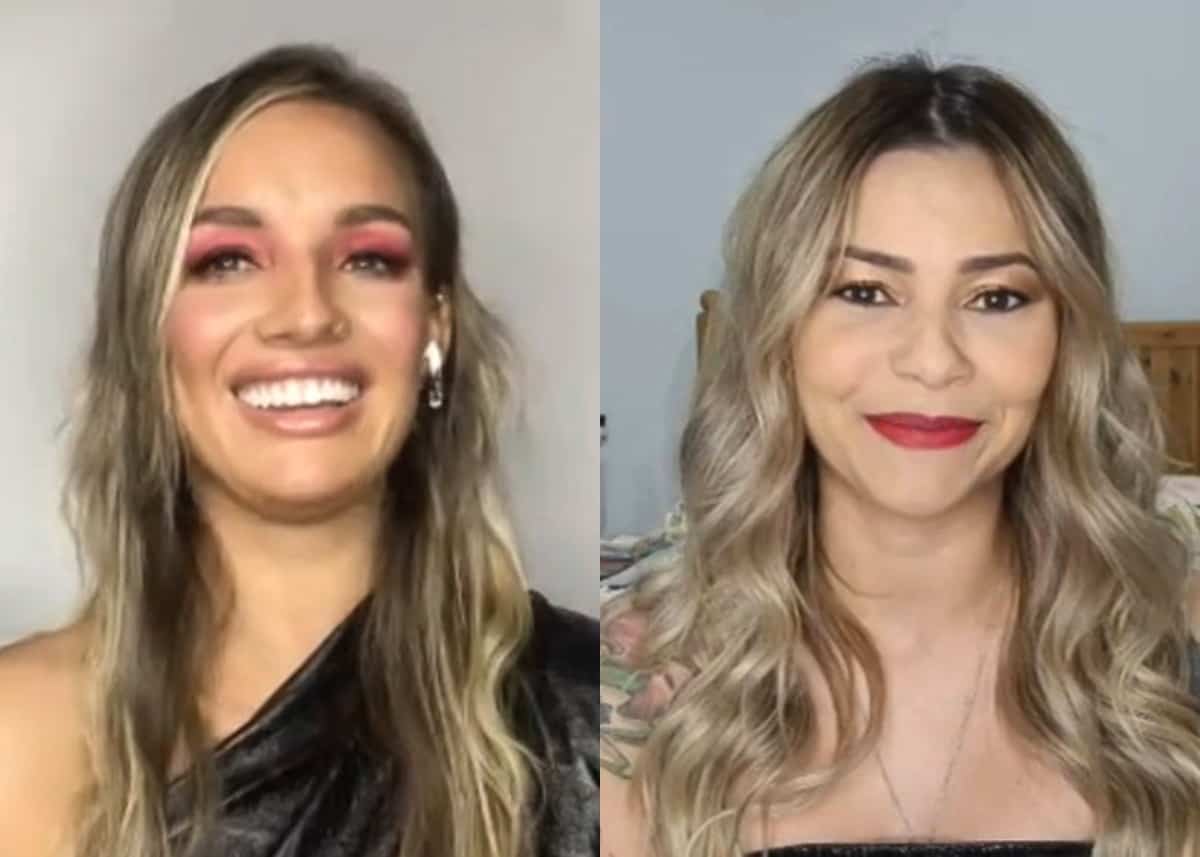 Alli Dore spills whether she and Dani Soares actually hooked up in the master suite as she discusses her complicated boatmance with Gary King and reveals what Sydney Zaruba said that “hurt her feelings.”

Some Below Deck Sailing Yacht viewers were stunned when Alli and Dani held hands and made their way to the master suite for a little girl-on-girl action. They claimed they were trying to make their respective love interests — Gary and Jean-Luc Cerza Lanaux — jealous, but according to Alli, it seems it was more than that.

“I was just going with the flow. I’m a pretty open person and I enjoy life experiences,” she explained on the May 10 episode of Watch What Happens Live. “And when Dani took my hand, she’s sexy, so why am I not gonna go down to the master cabin with her? And yes, we hooked up, so whatever you define as a hookup.”

As fans know, a love triangle is currently playing out on the show as things are heating up between Alli and Gary, and Sydney appears to be rather devastated since she’s already had her own little rendezvous with Gary. As a result, Sydney expressed that she’s confused by their budding romance because she believes she’s more attractive than Alli, which Alli admits caught her off guard.

“That is just not in any way how I think, so I was quite shocked at that,” she told host Andy Cohen. “I didn’t realize that people think that way. It kind of hurt my feelings.”

As for Sydney revealing to her fellow crew members that she in fact slept with Gary after a night of drinking, Alli claims the deckhand was hoping the information would interfere with her and Gary’s relationship.

“I hate to say it, but Sydney seems to be a little bit vindictive,” she snarked. “I think she did have the intention for me to find out that information.”

Nevertheless, even though Sydney is giving her and Gary a hard time, Alli admits that she doesn’t feel great about making out with Gary in front of her co-star.

“Yeah, I feel really bad about that. It’s really hard, like, we’re in a quarantine bubble and we’re in the same crew, [so] it’s really hard to get any private time,” the stew explained. “But I do feel bad.”

Andy also asked Alli if she felt like she was competing with Sydney the night the three of them went for a late-night swim, but according to Alli, she wasn’t in that headspace at the time.

“No. My chemistry with Gary grew over time and I’m quite a flirty person naturally, so I was just enjoying the flirt,” she responded per Bravo TV. “It wasn’t really a competition for me.”

As for chief stew Daisy Kelliher‘s comment that Gary simply wants his male member taken care of, Alli teased that the truth will soon be revealed.