by Lindsay Cronin May 12, 2021 80 comments
ShareTweetWhatsappPinterestRedditTumblrMailFlipboard 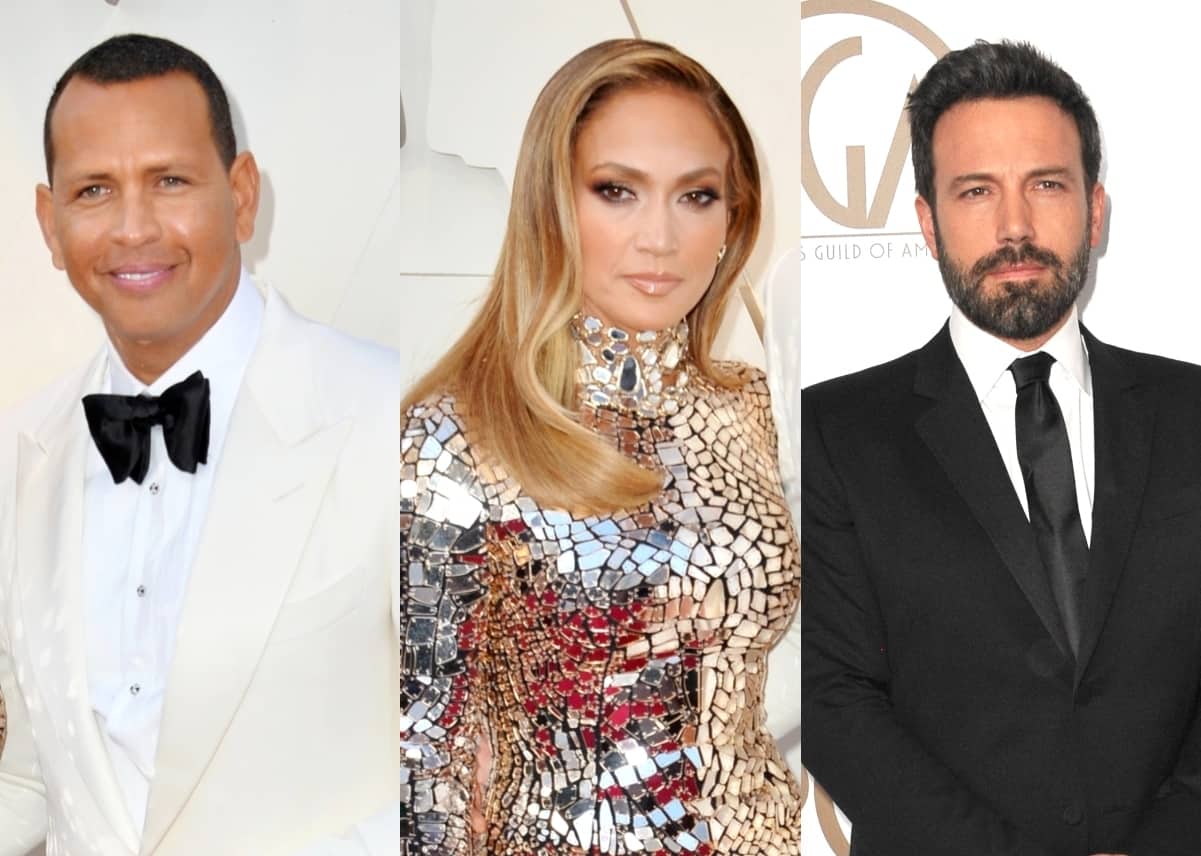 Alex “A-Rod” Rodriguez is said to be in shock as his ex-fiancée, Jennifer “J-Lo” Lopez, continues to spend time with her former fiancé, Ben Affleck.

On the heels of J-Lo and Ben’s weeklong vacation in Montana, the former MLB player, who was linked to Southern Charm star Madison LeCroy amid his four-year relationship with the singer, is said to be completely flabbergasted by the potential reboot of “Bennifer.”

“A-Rod is shocked that J.Lo has moved on,” an insider revealed to E! News on May 10. “He truly thought they would be able to make it work and reconnect. He has been reaching out to J.Lo trying to meet with her and she has been very short with him.”

According to the source, Alex is “saddened” by J-Lo’s reunion with Ben and reached out to her to tell her “he’s upset.” However, as the insider continued, J-Lo is “not interested in rekindling anything with A-Rod.”

As fans likely heard, A-Rod and J-Lo confirmed the end of their relationship in mid-April, and later that month, Ben was photographed at J-Lo’s home in Los Angeles. Then, just days later, they were spotted attending the VAX LIVE concert.

Although insiders claimed J-Lo and Ben were “just friends” at the time, their trip to Montana, where they stayed at the Yellowstone Club, has raised major rumors.

“[They want to] see where this could lead,” a second insider said. “They never really had closure and she has always wondered what could have been. The timing was never right and they were in different places until now.”

“They are very comfortable together and it’s easy. She wants to keep seeing him and is very happy,” the source added.

J-Lo and Ben started dating in July 2002 and got engaged in November of that year before calling off their engagement in September 2003, just days before they were set to wed.

Below are photos from their latest trip.

Bennifer BACK ON! Ben Affleck and Jennifer Lopez spotted together again as he whisks her off for romantic getaway to Montana…

At one point it looked as though Ben and Jen were holding hands as they exited the private plane pic.twitter.com/RjQAO2phrn

According to a second report, from Page Six, the Yellowstone Club was the “perfect backdrop for a romantic trip” between J-Lo and Ben.

“The ski season has just ended at Yellowstone, so it was quieter and provided the perfect backdrop for a romantic trip where they could spend time alone,” a source explained, noting that “Bennifer” spent their time taking walks, swimming in the pools, and enjoying the hot tub.