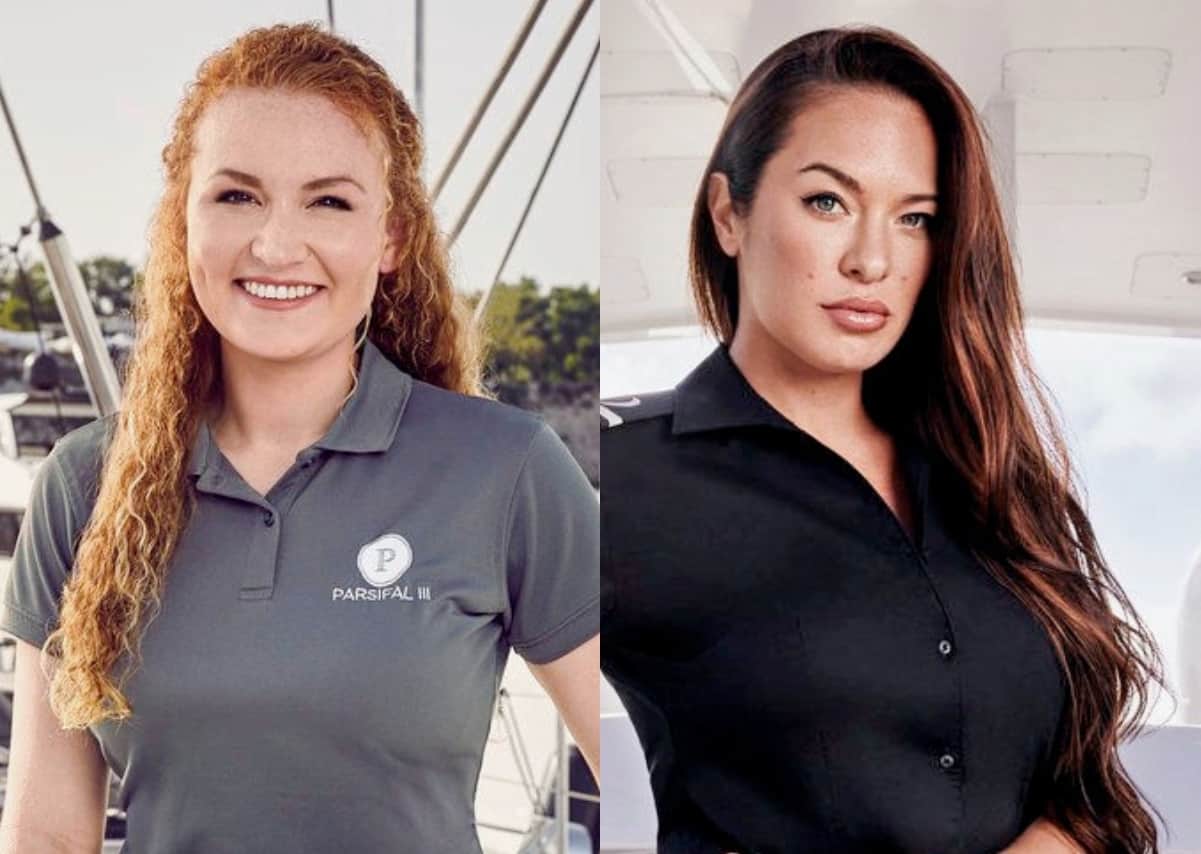 Ciara and Jessica formed a friendship after working together on several boats over the winter. However, it seems their friendship is officially over since Ciara publicly blasted Jessica via Twitter.

“It’s disappointing when you think someone is your friend and then it takes a drastic turn because of their own psychotic insecurities,” Ciara wrote in a since-deleted tweet per Showbiz Cheat Sheet, adding a “sorry not sorry Jess” hashtag.

Madison Stalker — who appeared alongside Ciara on season one of Below Deck Sailing Yacht — also chimed in, commenting, “Same same, but different.”

Ciara didn’t go into great detail, but she revealed her grievance with the stew when a fan asked if their relationship can be repaired.

“Nope not when she assaults my own sister! There’s no forgiving that,” she told the fan.

The alleged assault must have taken place sometime in the last couple of months as the yachties were still on great terms back in February when Jessica shared a photo of their ladies’ night out with Below Deck alum Elizabeth Frankini, which was seemingly crashed by Below Deck Med alum Bobby Giancola.

Ciara even spent the holidays with Jessica, seemingly ditching Paget Berry, who she was engaged to at the time.

“I know I’m a little late to the party but I hope everyone had a fantastic Christmas, Hanukkah and a Happy New Year,” she captioned a festive picture of her with Jessica and Alex Radcliffe on Instagram. “It was strange being separated from [Paget Berry] over the holidays, but we will be reunited soon hopefully! Anyways, let’s pray this year goes better than the last!!!”

Jessica has yet to respond to Ciara’s allegation, but earlier this month she admitted she’s been struggling with mental health issues in an emotionally raw Instagram post.

“After a very real and emotionally gut wrenching conversation that I desperately needed with [a certified mentor] I was encouraged to get more real,” she shared, along with a series of heartbreaking photos. “More real with myself, my relationships/friendships and my life and to have the courage to share this with y’all in an attempt to help normalize the folks who go through hurt, grief, anxiety, depression , thoughts of suicide, feelings of unworthiness the list goes on …..the ugly sh*t we’re all so good at hiding.”

She also wrote, “I have gone many years doing personal work here and there but have yet to really dig down deep and work on my traumas, lick my own wounds and stop living my life distracting myself with relationships, sex, work, my looks, fruitless friendships the list goes on.”

Furthermore, Jessica retweeted a telling quote over the weekend.

“Make the decision that the cycle of hurt people hurting people will end with you,” she shared on May 15. “And dedicate your entire life to healing.”

Make the decision that the cycle of hurt people hurting people will end with you. And dedicate your entire life to healing.

Madison LeCroy Discusses A-Rod and J-Lo Split and Jokingly Takes Credit for “Bennifer,” Reveals How She Met Boyfriend, and Teases A-Rod Drama on ...