Home Real Housewives of Dallas News D’Andra Simmons is “Disturbed” by Kameron Westcott’s Family Tweets as She Addresses Nasty Feud Between Tiffany Moon and Kameron, Plus Tiffany Thanks Fans After “Overwhelming Week”

D’Andra Simmons is “Disturbed” by Kameron Westcott’s Family Tweets as She Addresses Nasty Feud Between Tiffany Moon and Kameron, Plus Tiffany Thanks Fans After “Overwhelming Week”

by Lindsay Cronin May 18, 2021 24 comments
ShareTweetWhatsappPinterestRedditTumblrMailFlipboard 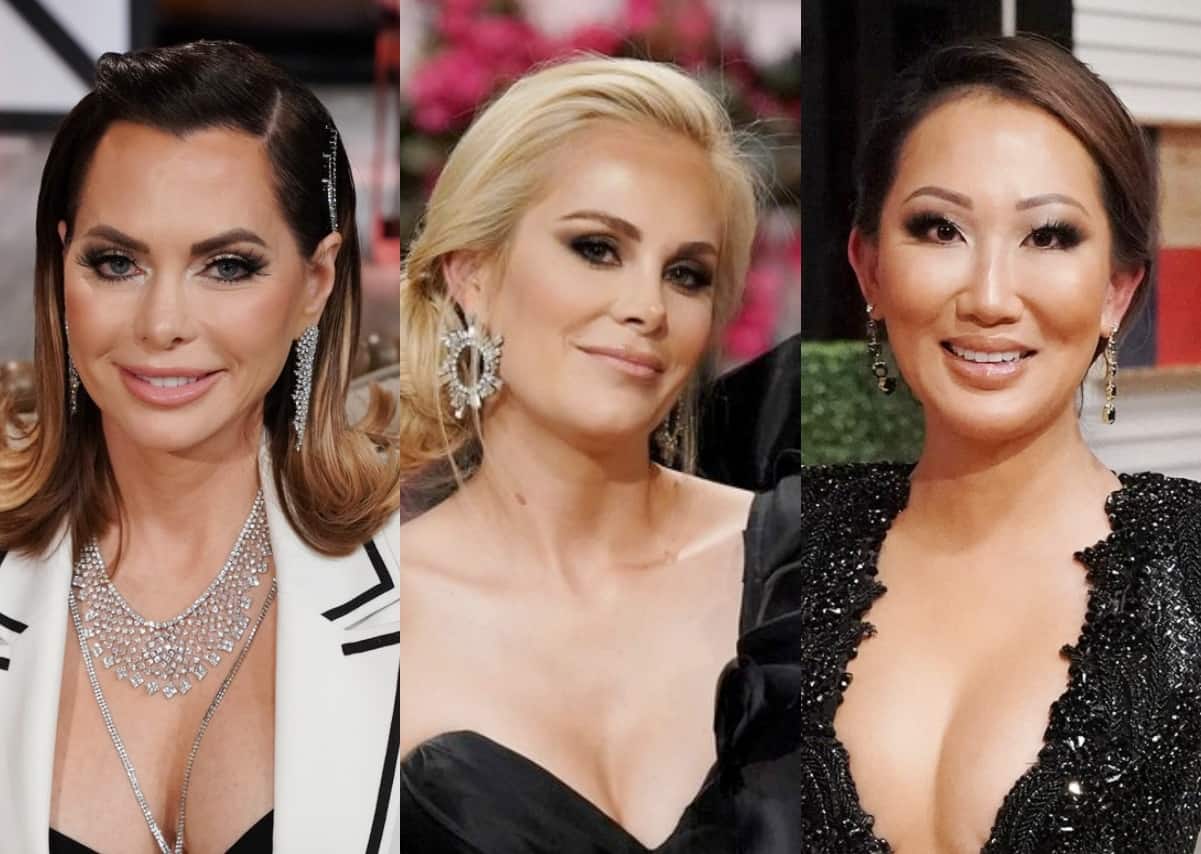 D’Andra Simmons weighed in on the intense drama playing out between Dr. Tiffany Moon and Kameron Westcott on her Twitter page over the weekend.

After Kameron and her family, including husband Court Westcott and brother-in-law Chart Westcott, accused Dr. Tiffany of racism, the Real Housewives of Dallas cast member admitted to being “disturbed” by the family’s behavior as Dr. Tiffany thanked Bravo and her many social media fans for supporting her amid the feud.

“Any words of the Tiffany and Kam issue?” the fanpage asked D’Andra on May 14.

“I stand with Tiffany. Simple as that,” D’Andra replied.

Another person wondered if there was something Bravo could do to help mend the situation between Dr. Tiffany and the Westcotts.

“Love you D, but do you know why Kameron’s whole family has been trying to get Tiff fired from her job the whole day? Is there anything [Bravo] can do to help?” the person wondered.

“I hope something is done too,” D’Andra agreed. “I can not believe anyone would tag someone’s place of work. I am beyond disturbed by their actions!” 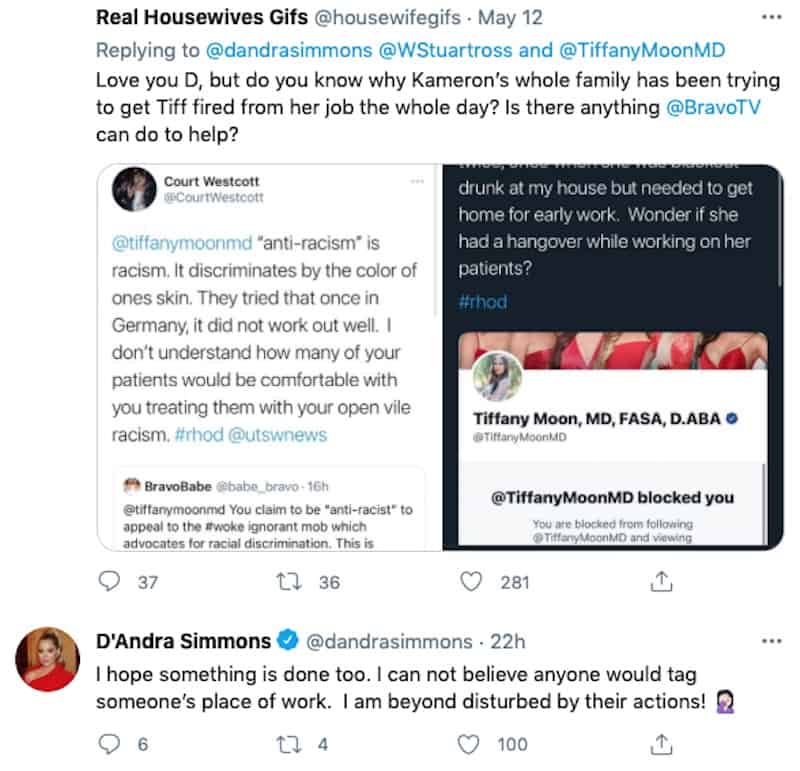 In a tweet posted to Court’s since-deleted Twitter account, he not only accused Dr. Tiffany of “open vile racism,” but he also tagged the University of Texas Southwestern Medical Center, where she works as an anesthesiologist. Meanwhile, Kameron accused Dr. Tiffany of using “white face” and Chart suggested Dr. Tiffany’s allegedly heavy drinking was endangering her patients.

“Thank you so much for your support,” Dr. Tiffany wrote in response. 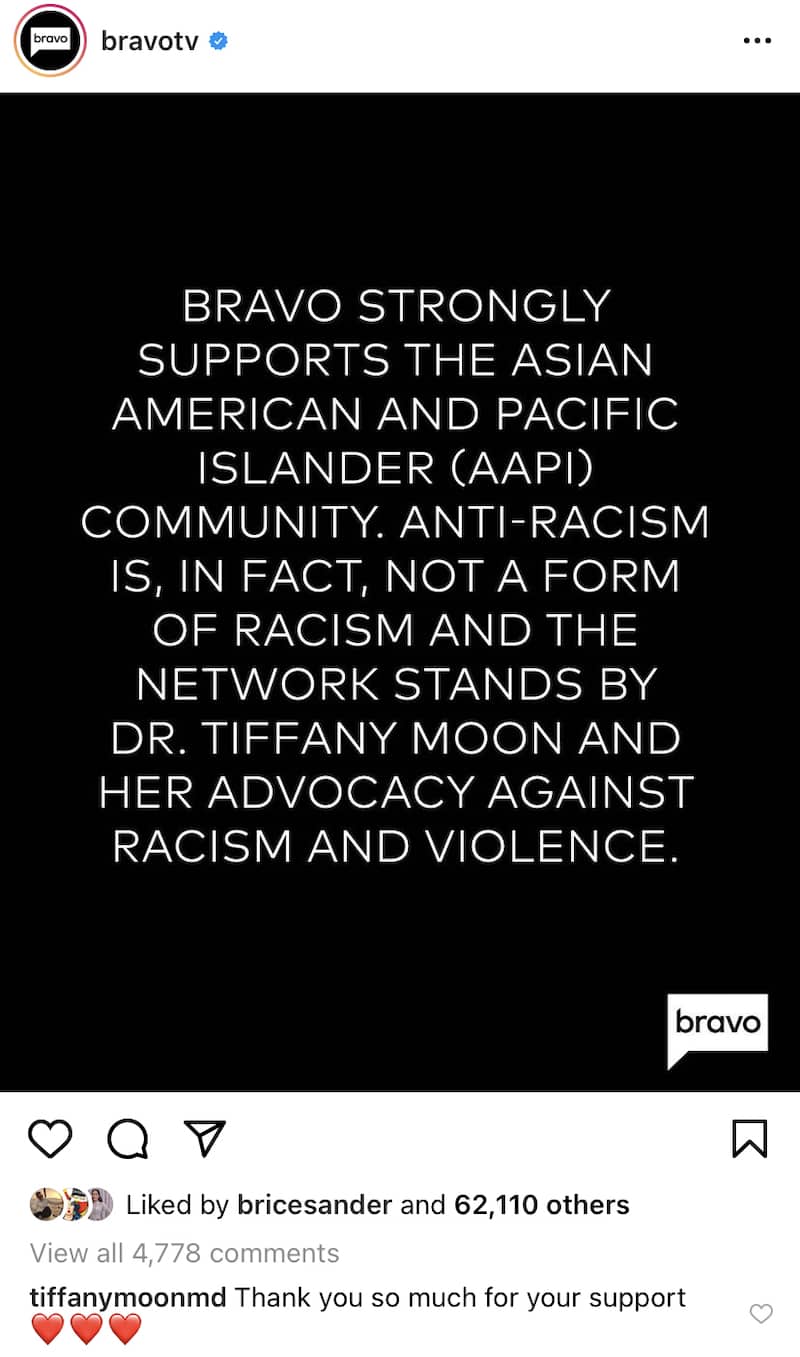 “It has been an overwhelming week,” she wrote. “I want to let everyone know that I am so grateful for the outpouring of love and support I’ve received. Thank you [Bravo] for supporting the #AAPI community.”

The Real Housewives of Dallas season six is expected to begin filming soon.