by Emily Campbell May 27, 2021 84 comments
ShareTweetWhatsappPinterestRedditTumblrMailFlipboard 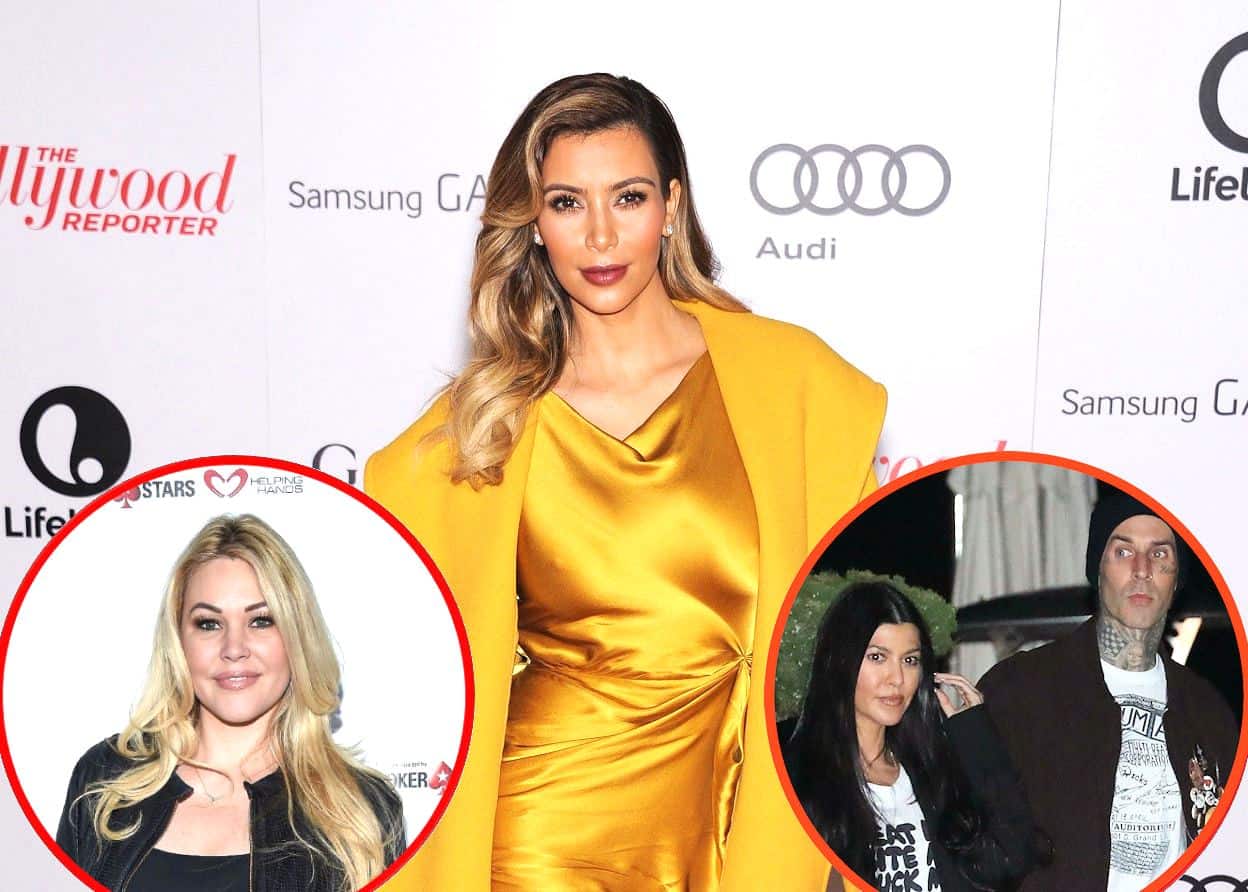 Kim Kardashian breaks her silence after Shanna Moakler accused the Keeping Up With the Kardashians star of sleeping with her ex-husband, Travis Barker. Plus, Shanna doubles down and claims the Kardashians ruined her family.

While chatting with fans during a May 26 Q&A session on Instagram, Kim slammed claims that she hooked up with Travis back in the early 2000s after a fan brought up the rumors.

“NO! False narrative,” the star declared. “We’ve been friends for years and I’m so happy for him and [Kourtney Kardashian]. 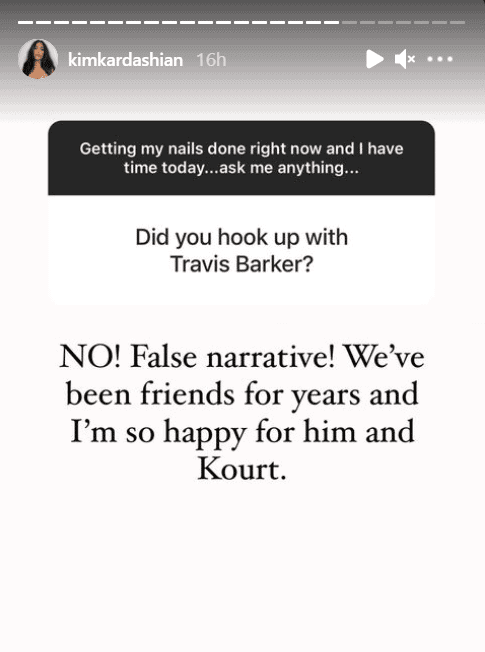 As fans likely know, Kim’s sister Kortney has been dating Travis for several months and things are getting hot and heavy between the couple. Shanna has called the relationship “weird” because she maintains Travis’ alleged affair with Kim is what ultimately led to her divorce from the drummer. The former Miss USA claims she “caught” the SKIMS founder and Travis red-handed and “saw text messages” the two exchanged during their alleged affair.

‘I divorced my ex because, I saw them — I caught them having an affair,” she told Us Weekly last week.

Though Travis gushed over Kim in his 2015 memoir as he admitted he couldn’t stop “secretly checking [her] out” when she was in his presence, he has also denied ever hooking up with the mother-of-four.

Meanwhile, Shanna — who shares two children with the rocker — also spoke with TMZ following her initial interview last week, and she doubled down on the allegations. Shanna told the outlet that the Kardashian sisters have destroyed her family.

“My family is broken because of this family and now my kids and I are alienated from each other because of another sister in the family, so yay for me,” she said while out on a date with her current boyfriend.

Shanna went on to say she doesn’t care about Travis’ relationship with Kourtney, but when she was asked by a photog about what she would like to say to the famous sisters, she answered, “Thanks for destroying my family twice.”

Shanna and Travis tied the knot in 2004, but he filed for divorce just two years later. The former couple did reunite for a short period of time, but they split for good in 2008.

As for Kim, she is currently in the middle of a divorce from rapper Kanye West, and the estranged couple shares four children.

Keeping Up with the Kardashians airs Thursday nights on E! at 8/7c.