Home Below Deck Below Deck Captains Talk Crew Hookups as Captain Glenn Reveals Craziest Spot Crew Member Has Hooked Up and Calls Dani’s Pregnancy “Unusual,” Plus Captain Lee Gushes Over Having RHOA Stars on Board

Below Deck Captains Talk Crew Hookups as Captain Glenn Reveals Craziest Spot Crew Member Has Hooked Up and Calls Dani’s Pregnancy “Unusual,” Plus Captain Lee Gushes Over Having RHOA Stars on Board 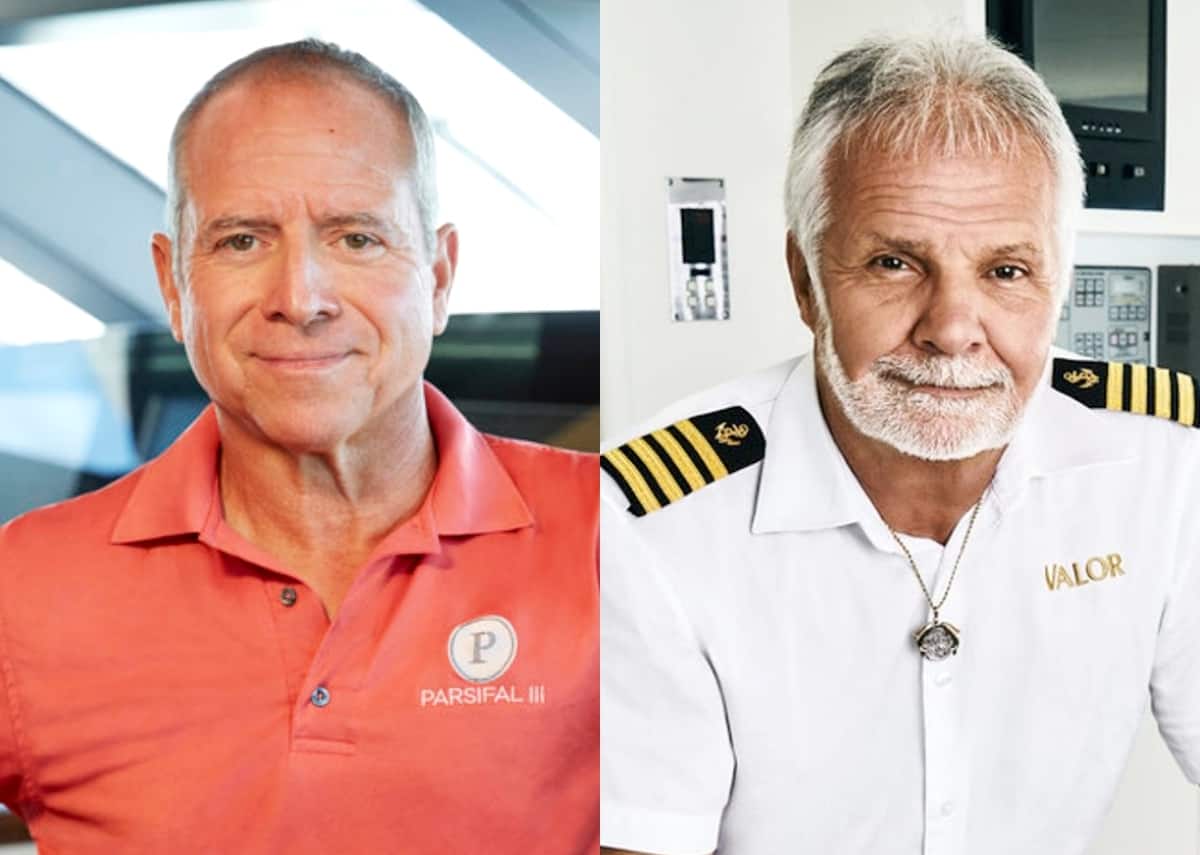 The three captains from the Below Deck franchise offer their opinion on crew hookups, and Captain Glenn Shephard addresses Dani Soares‘ pregnancy. Plus, Captain Lee Rosbach reveals what it was like having Real Housewives of Atlanta stars on board in season three.

Captain Lee, Below Deck Mediterranean‘s Captain Sandy Yawn, and Below Deck Sailing Yacht‘s Captain Glenn recently sat down for an interview with an executive producer to discuss their experiences on their respective shows. And as one would expect, they were asked to explain how they handle boatmances and crew hookups, which seemingly take place every season.

“If you go too hard on them it’s just gonna go underground and they’re just gonna hide it from you, you know,” Captain Glenn said during the Bravo TV interview. “So, nature’s gonna take its course. My philosophy is as long as they’re doing their job correctly, I’m gonna cut them a little bit of slack, especially when they couldn’t get off the boat in [season two]. You know, maybe they pushed it to the edge, but I don’t know. It’s not my place I think to dictate how people spend their leisure time when they’re not working [or] when they’re not on the clock, within certain limits.”

Captain Sandy agreed, but she also took it a step further, claiming she doesn’t care what the crew does below deck as long as they’re still able to do their job.

As for Captain Lee — who hooked up with his wife of 44 years on a charter when she was his chief stew — he explained that it’s almost impossible to prevent the hookups. However, once a boatmance does go wrong and it begins to affect the dynamic on the boat, he’s always ready to set the crew members straight.

“As far as I’m concerned, it’s something that you’re never going to prevent,” he declared. “You can sit there and make rules [until] hell freezes over, but people are gonna do what they’re gonna do, and they’re gonna find a way to do it. So you try to control it or try to keep it — not in check — but you try to keep it to the point where it’s not going to affect the performance of the rest of the crew and how the rest of the boat operates and functions.”

He added, “Once it rolls over into that area, then you’ve crossed the line, and then you and I are gonna have a come to Jesus meeting.”

The captains then shared the craziest spot they’ve ever caught yachties hooking up, and though Captain Lee said he once caught crew members hooking up in a “nasty” bosun’s locker, Glenn had an even crazier experience.

“A deckhand brought a lady back to the boat — she wasn’t crew — and they couldn’t go into a cabin, but they wanted to have some time by themselves, so they both climbed up into the boom,” he shared. “And the boom is gigantic on this boat, and they went up on the boom and did whatever they did, and then when it was time for them to get down, she couldn’t get down! So he had to go inside and wake up a couple of deck crew to get a harness and get her down.”

He hilariously added, “Talk about a walk of shame. [It was] a climb down of shame.”

Speaking of crazy hookups, as fans know, Dani just welcomed her first child after having a boatmance with Jean-Luc Cerza Lanaux during season two. Glenn is very “happy” for the former stew, but he also called her pregnancy “unusual,” seemingly hinting that Jean-Luc is the father.

“I’m really happy for Dani. I love Dani, she’s fantastic,” he proclaimed before pointing out that Dani truly wanted to be a mother. “I don’t know if the circumstances are ideal, but she seems to be very happy. I mean, it’s unusual. That’s not something you see, it’s not something that happens that often. I think it’s interesting and good for her. I’m really happy for her.”

Meanwhile, the captains also discussed some of their favorite charter guests from the show, and Captain Lee recalled when he had RHOA cast member Cynthia Bailey and former cast member Claudia Jordan on board. Though he initially expected the women to be a handful, they actually turned out to be two of his favorites.