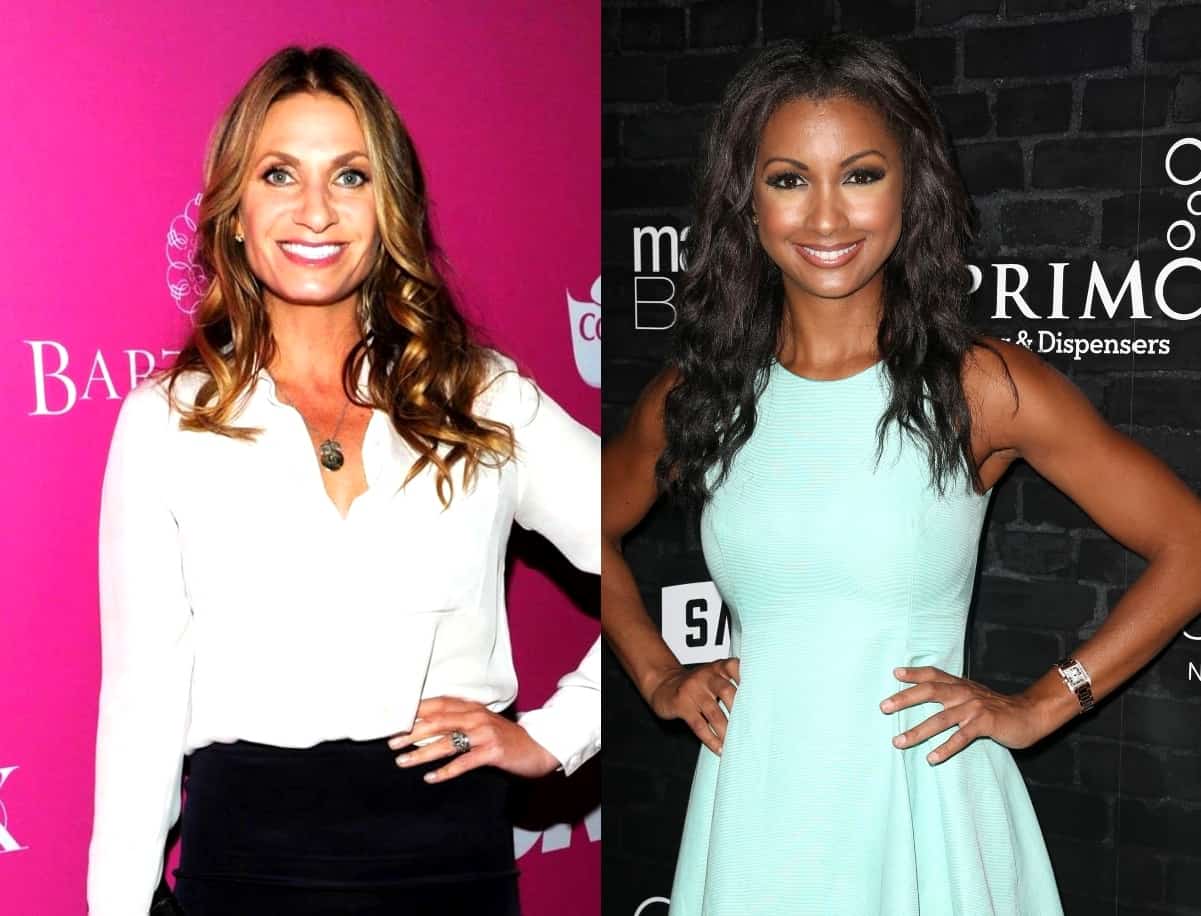 After first agreeing with a fan who labeled The Real Housewives of New York City‘s first Black cast member as a “race baiter,” Heather seemingly accused her co-star of working on behalf of Leah McSweeney to create a fake narrative against her.

“Eboni needs to go. She doesn’t fit in and she’s a race baiter,” the fan wrote, according to a screenshot shared by Queens of Bravo on Instagram on June 10.

“I have to agree with you,” Heather replied. “Hers is not a class I want to take.” 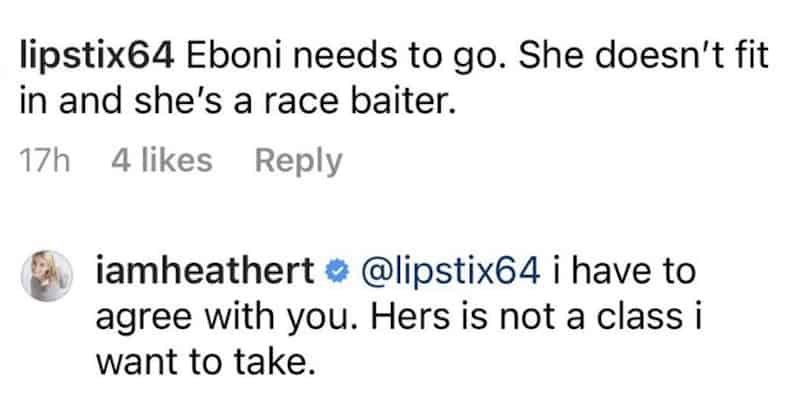 In a second screenshot shared by the Queens of Bravo on Instagram, Heather was seen responding to another person. In the response, Heather suggested that Eboni had done Leah’s dirty work during RHONY season 13 by pushing a narrative that suggested Heather had made a habit of trash-talking their castmates.

“The truth is production shut down and Eboni knows it, it’s sad she is trying to Monday morning quarter back for Leah with what is a deliberate attempt to try to change the narrative of the sensitive issues that took place, it’s low and it is sad to see,” Heather wrote in her message. “I would have thought negative campaigning would be below Eboni but she’s shown us that it is not.”

Continuing on, Heather alluded to the fact that Eboni had been dishonest during her debut season before explaining why production may have allowed the storyline against her to gain traction.

“So much for her obligations to tell the truth. The fake narrative she’s trying to plant now is garbage. We all watched the show, we know season 13 was edited, after I quit again, and so ya know they are gonna give me as little love as they possibly can. Contracted [housewives] are their priority, not someone who quits,” she noted. “The whole experience is sad in and of itself on so many levels.”

Although Heather didn’t have anything positive to say about Eboni, she did confirm it was true that she simply doesn’t fit in with this group of women. 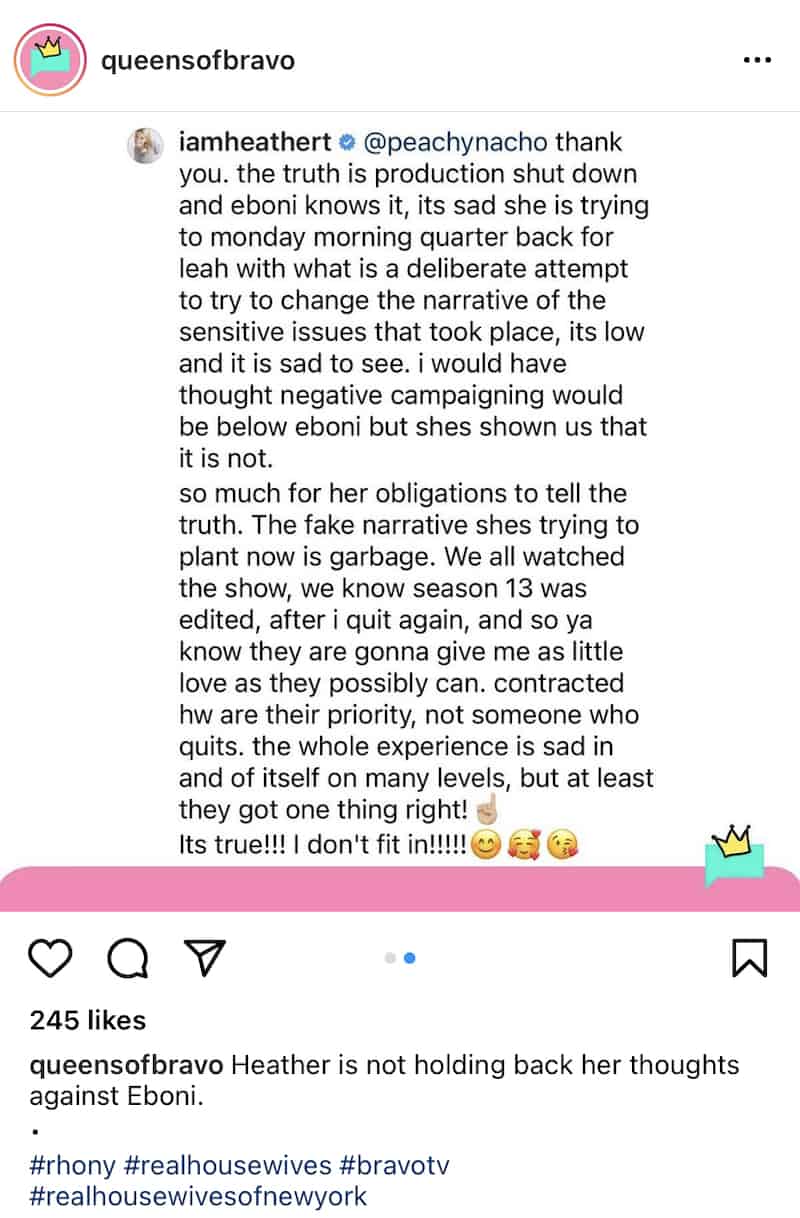