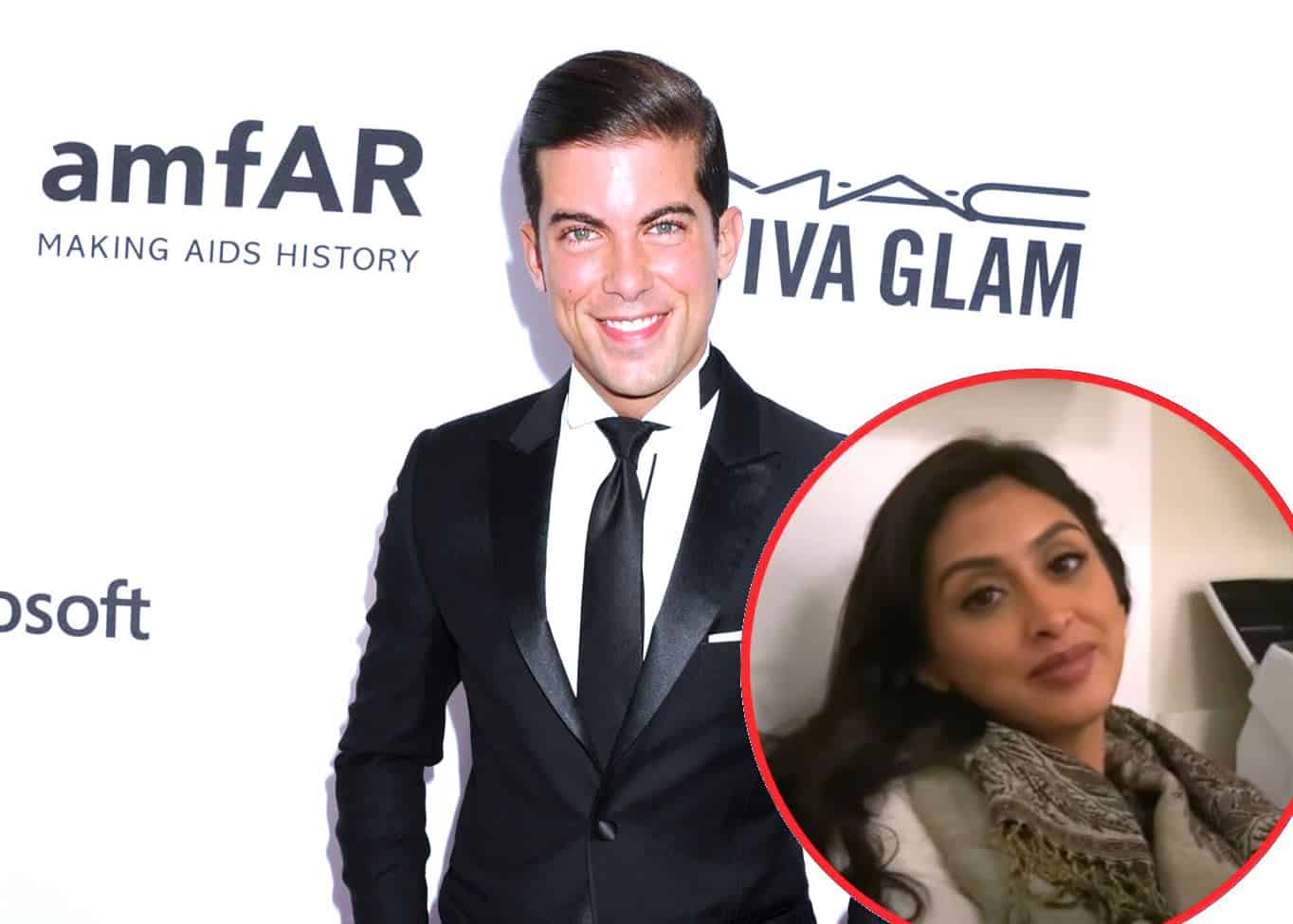 Two years after welcoming his first child, daughter Leela, with Nikita, the former Million Dollar Listing: New York cast member, who appeared on seasons two through five as well as season eight, is being accused of falsely claiming Nikita abducted their child in a recently launched GoFundMe campaign.

According to screenshots shared by Bravo and Cocktails on Instagram, Nikita is attempting to raise £100,000, which is equal to $140,657.48, in her GoFundMe campaign, “Justice for Nikita & Leela Legal Bills.”

“I am currently fighting for my basic human right to live a normal stable life with my daughter. Out of fear I have never spoken openly about the levels of suffering I endured from Luis D Ortiz and other members of his family. Though I managed to distance myself from him physically he is now trying to use his money, connections and his powerful lawyers to crush me,” Nikita began in the description of her campaign.

“He has made a false child abduction allegations and we may now be forced to return to the USA. I may be at risk of losing my own child,” she continued.

According to Nikita, who Luis confirmed he was not in a relationship with shortly after Leela’s birth, she’s afraid that Luis, despite having made the choice “not to be present in his child’s life,” is planning to use their daughter to take control of her life and also worries that she’s being “watched and followed.”

“Even though I have managed to distance myself from some of the forms of abuse, it feels like he is continuing to attempt to harass and torment me by trying to use our daughter as a way to gain control of our lives,” Nikita explained, adding that she never stopped Luis from seeing his daughter. 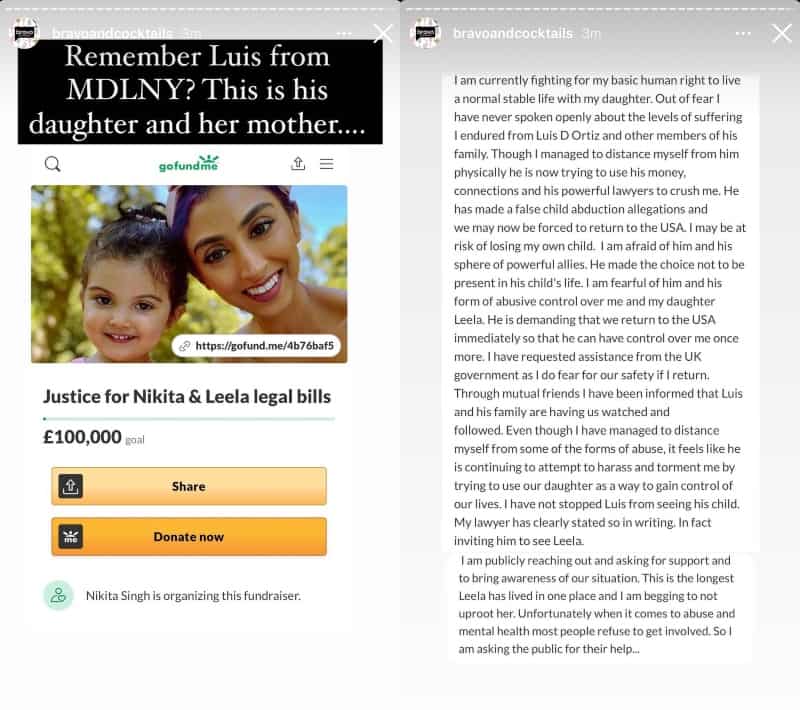 Also in her GoFundMe campaign, Nikita said she’s reaching out for not only financial support but also for others to help her bring awareness to her and Leela’s situation.

“This is the longest Leela has lived in one place and I am begging to not uproot her. Unfortunately when it comes to abuse and mental health most people refuse to get involved. So I am asking the public for their help,” she wrote.

Shortly after Luis was put on blast, the ex-MDLNY cast member erased all photos and videos from his Instagram account except for a promotional snippet from a Netflix series on which he stars, titled The World’s Most Amazing Vacation Rentals. 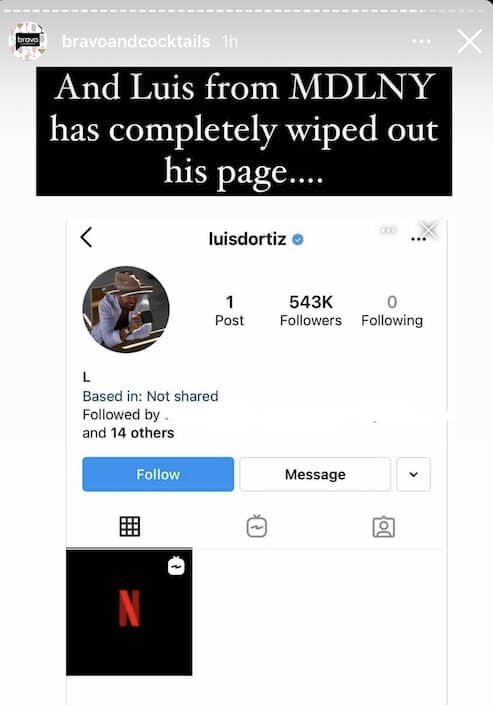