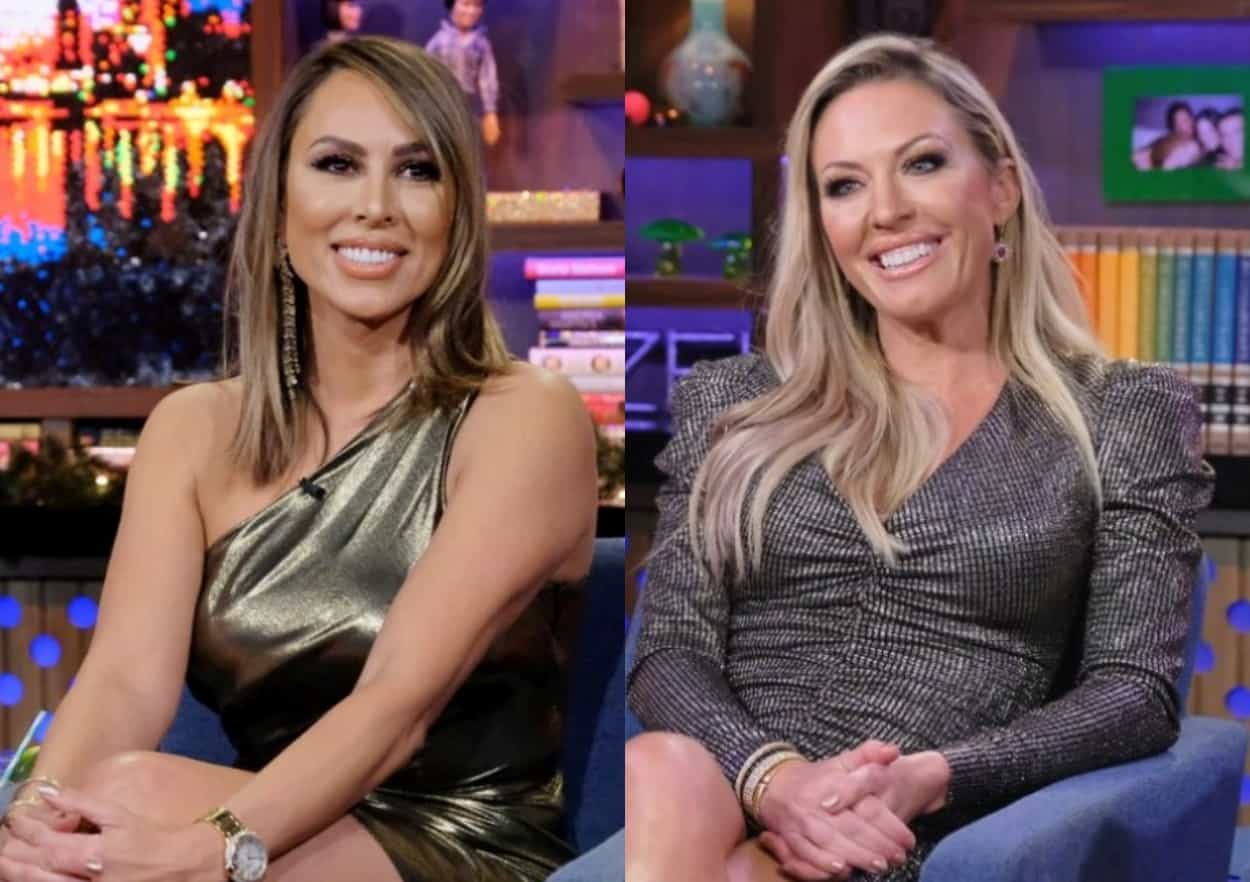 Kelly Dodd is sticking by her comments about Braunwyn Windham-Burke, and she now claims her ex-co-star “single-handedly” destroyed season 15 of the Real Housewives of Orange County. She also admits she’s going to miss the show, but she’s glad she’s no longer “tied to a Bravo contract.”

On June 17, Kelly slammed Braunwyn via text message and blamed her for their firings after the mother-of-seven reached out to offer support. But Kelly didn’t stop there as she subsequently leaked their text exchange on Instagram while referring to the 43-year-old as a “nut job narcissist.”

Braunwyn clapped back, calling her former friend “bitter” and “wildly immature” for sharing their private messages and making herself look bad.

Of course, following Braunwyn’s response, Kelly was seemingly unable to let the situation die down, so she offered a statement to Page Six.

“All she cares about is herself and being famous and she single-handedly ruined last season,” she said in the statement on June 17. “Ask any one of my castmates. They will tell you the same thing. No one wanted to film with her or be near her, let alone be friends with her.”

She then went on to bash her former co-star further, stating, “Braunwyn is a hypocrite and a liar.”

She added, “She came after me and my castmates in the worst possible way. She made false, defamatory and horrible allegations against me… and when asked about my marriage to Rick [Leventhal] on Entertainment Tonight, she gave a nasty, negative response.”

In the interview Kelly was referring to, Braunwyn questioned her as a mother after the star was often seen flying from Orange County to New York City in order to spend more time with Rick, who was working for Fox News at the time.

“Leaving your daughter during a global pandemic was weird to me,” Braunwyn told ET in October. “I can’t imagine that.”

In the leaked messages, Kelly told Braunwyn her political wokeness is “BS,” and she doubled down on that sentiment as well, saying that Braunwyn being “woke” is a “joke.” However, she claims Braunwyn wasn’t fired because of her political beliefs. She believes she was fired because she’s a “phony.”

Meanwhile, prior to her drama with Braunwyn, Kelly discussed her exit calmly and said she’ll miss working with the remaining cast members and crew. She also credited the show for leading her to Rick.

“I had a great five years on RHOC. I will miss working with the ladies and the crews from Evolution and I want to thank Bravo for all the opportunities they gave me,” she told Us Weekly on June 16. “If it weren’t for the show, I’d never have found my husband Rick, the greatest love of my life and for that I’m eternally grateful. I’m also so thankful for the many thousands of fans who’ve shown me love and support since the news broke.”

“Now it’s onward and upward,” she continued. “I’m super excited to be a free agent, not tied to a Bravo contract, and can’t wait to work with Rick on new projects. I wish the show nothing but success.”

The season 16 cast of The Real Housewives of Orange County is reportedly set to begin filming next month.