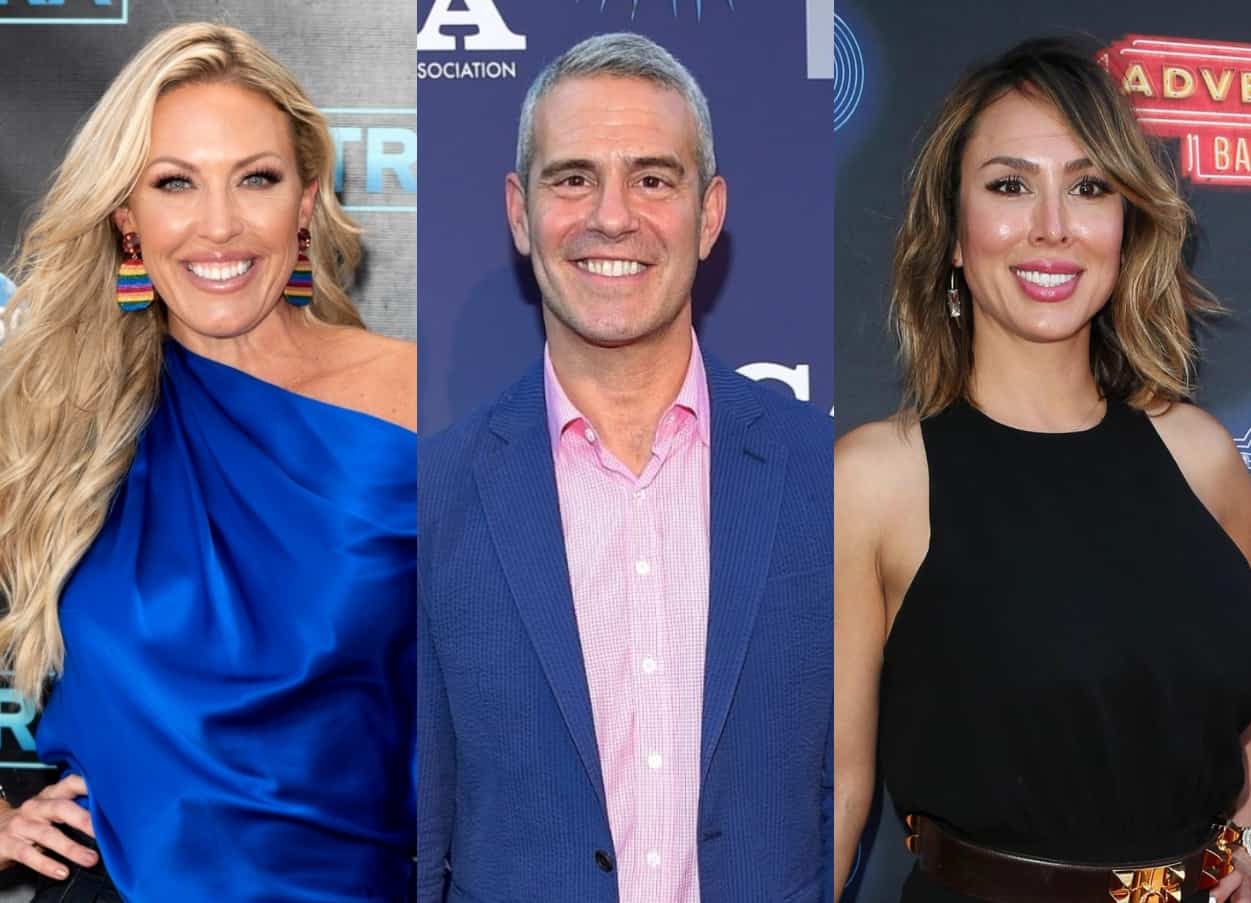 Braunwyn Windham-Burke admits Andy Cohen‘s comments about her Real Housewives of Orange County firing hurt her and reveals whether he’s reached out to her personally as Kelly Dodd continues to taunt her.

Following the news that Braunwyn, Kelly, and Elizabeth Vargas would not be returning for season 16, fans were waiting for Andy to comment on the decision, and he did just that on his radio show, especially regarding Braunwyn’s exit.

“I really give it up to her and commend her for being so open and letting us in, especially relating to her journey with sobriety,” he said on Radio Andy on June 16. “She was going through some really serious life stuff on the show, and she didn’t shy away from sharing it with us, which I always appreciate.”

Though he complimented her on her candidness, he also explained he realized the show was not the “healthiest spot” for the star – who also came out as a lesbian during season 15 – and her family.

“Listening to her at the reunion made me, and the other producers, feel like, maybe at this moment in time, being on TV wasn’t the healthiest spot for she and her family,” Andy shared. “I think she was dealing with some real stuff with herself, with her marriage, with her children. It was a lot.”

Following the host’s remarks, Braunwyn expressed her disappointment in the decision because she was very much looking forward to showing how far she’s come since the last season, but she claims nobody “took the time” to contact her regarding the progress she’s made.

“I was really looking forward to showing the other side of it. You know, the light at the end of the tunnel,” she told Us Weekly on June 18.

Furthermore, the mother-of-seven said she’s a bit hurt by Andy’s comments, and the fact that he hasn’t reached out to check on her following the news.

“I haven’t spoken to him. I think that’s what hurt me so much,” she revealed. “I was not in the healthiest place at the reunion. I was less than a year sober. I was still struggling a lot. There was a lot of tension with my cast. I knew what I was getting into and it wasn’t hard.”

Meanwhile, Kelly reacted to her former co-star’s statements in the interview by poking fun at her on Twitter. 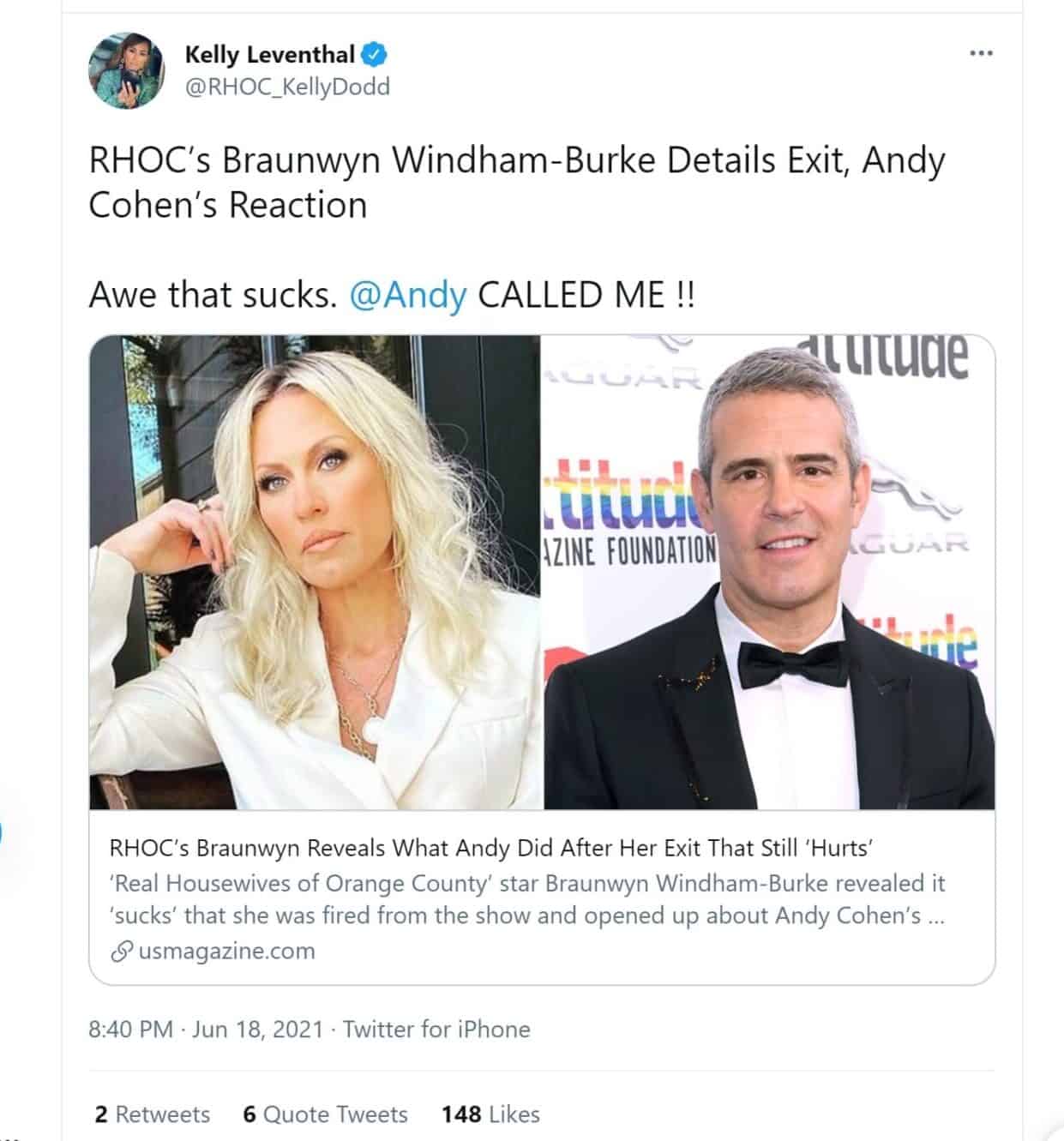 As fans likely know, Kelly recently blamed Braunwyn for her firing via text message, which she subsequently leaked on Instagram. She also called Braunwyn a “nut job narcissist,” accused her of creating “phony” storylines, and claimed the mother-of-seven “single-handedly” ruined the show.