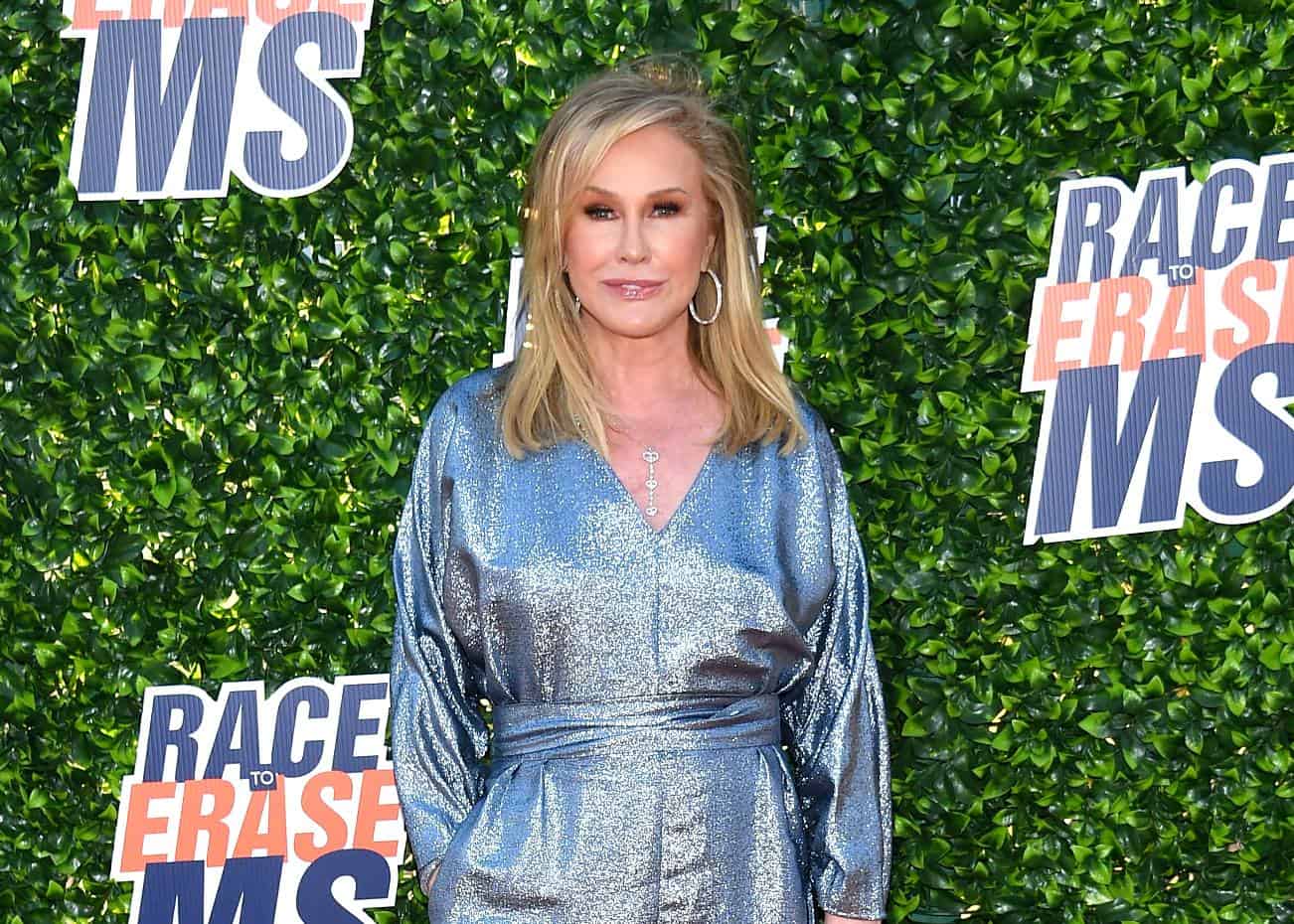 Kathy Hilton may have quickly become a fan favorite on The Real Housewives of Beverly Hills after joining the series in a “friend” role for season 11 but that doesn’t mean she’s ready for an upgrade. In fact, she’s completely unwilling to consider a full-time position.

During a new interview, Kathy explained why an official “housewife” role isn’t for her before sharing her thoughts on the season 11 reunion special and her potential return for season 12.

“I will never hold a diamond, ever, that I can tell you,” Kathy confirmed to Entertainment Tonight on June 16. “I have a lot on my plate right now and working on some interesting, exciting things. I wouldn’t have time.”

Although Kathy is “not sure” if she’ll attend the reunion quite yet, she said she “would love to … experience that.”

“[With Housewives], I’m comfortable,” she continued. “I go back with Lisa Rinna for 25 years. I know [Dorit Kemsley] and socially we’ve been together many times, so I’m very comfortable with her. [Garcelle Beauvais], we’ve been out socially. [Kyle Richards] is my sister. I was just very comfortable.”

According to Kathy, RHOBH feels like “a girls’ club.”

“I feel like I’m a member of a very special group of dynamic women — that have their drama — and I love to be in the middle of it,” she gushed.

That said, when it comes to bringing the drama to the show, as daughters Nicky and Paris Hilton were worried about, Kathy said she isn’t that person.

“I know that I’m not going to go and be cursing and starting fights with people. I didn’t understand why they would be so concerned,” she noted.

Looking back at the start of RHOBH, Kathy said she and her sisters, including Kyle and Kim Richards, were working on a series of their own before she ultimately encouraged them to sign with Bravo.

“We were working on a project … and I called the girls to say, ‘OK, well, everybody’s coming in from the East Coast, the network is coming in to have dinner with us,’ and Kim said to me, ‘Well, we just received an offer to do … the Housewives,’ or something, so I said, ‘Why don’t you just go ahead with that?’ Because this is a proven brand, this is, you know, it’s a successful show, so go ahead with that,” she recalled.

While Kathy isn’t interested in a role upgrade, she did offer up a potential “housewife” tagline: “Perception is not always reality.”

“There’s 21 episodes, so there’s another 15 episodes to watch,” she noted.