Kate Chastain Shades Jean-Luc on Father’s Day as He Shares New Post on Why He Hasn’t Taken Paternity Test Following Birth of Dani’s Baby, Plus Below Deck Sailing Yacht Costars Slam Him Again 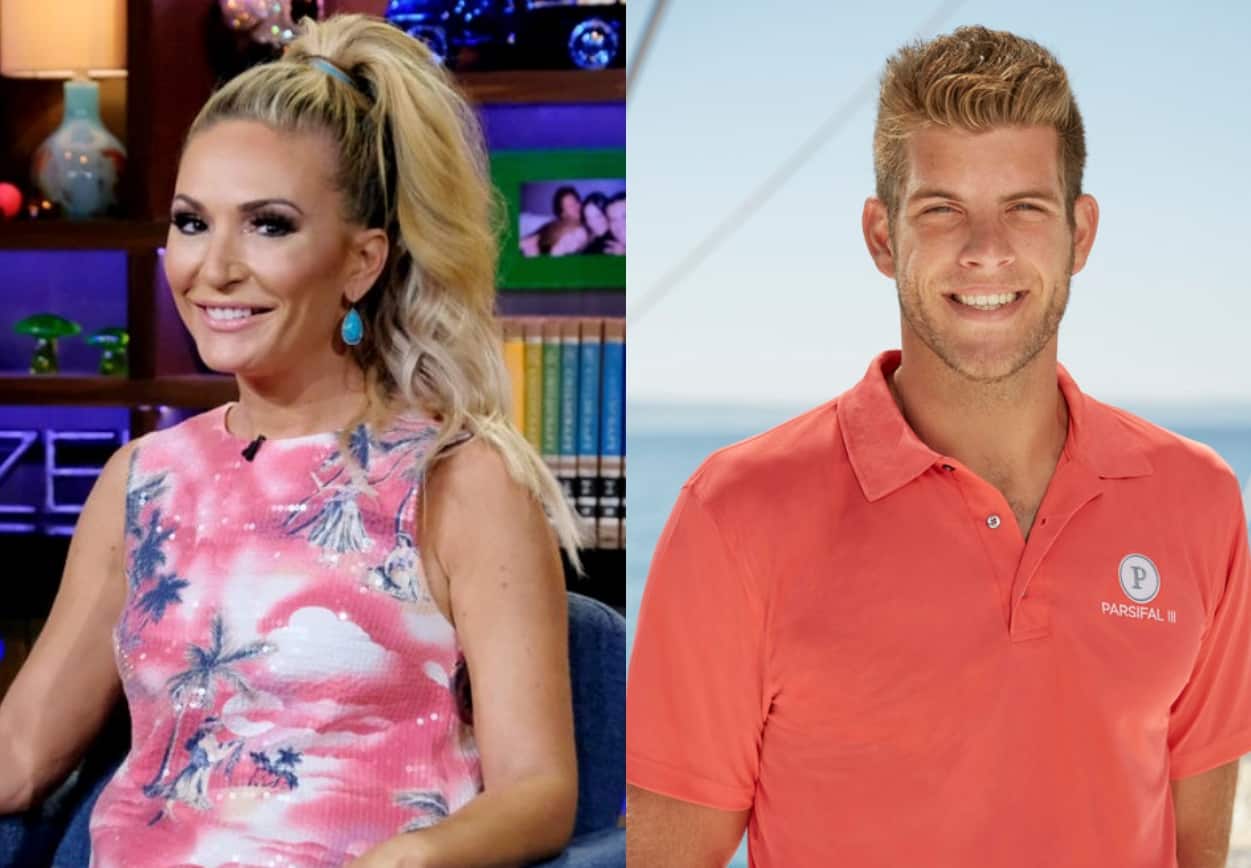 Below Deck alum Kate Chastain throws major shade at Jean-Luc “J.L.” Cerza Lanaux, and the deckhand explains why he has yet to take a paternity test to find out if he’s the father of Dani Soares‘ baby as his co-stars slam him yet again.

Kate is not one to hold back her feelings about her fellow Bravolebrities, so on Father’s Day, she tweeted a snarky comment geared toward the Below Deck Sailing Yacht star.

“I wonder how Jean Luc is celebrating today,” she wrote on June 20.

I wonder how Jean Luc is celebrating today #belowdecksailing

As fans have likely heard, JL recently broke his silence regarding rumors that he’s the father of Dani’s baby after Dani claimed the child’s father wants nothing to do with the baby girl. JL explained via Instagram that he’s not looking for pity, but he also “wants to know” if he is in fact baby Lilly’s dad.

Following the post, several of his co-stars blasted JL for his behavior over the last nine months, and Colin MacRae told him to “man the f*ck” up.”

As a result, JL took to Instagram for a second time in an attempt to explain why he hasn’t been able to take a paternity test just yet. First, though, he revealed how he found out that Dani had given birth.

“I learned of the baby’s birth, not the pregnancy, on IG,” he claimed on June 20.

“Yes, I know paternity test kits are available at drugstores but the goal is for us to take the tests together instead of shipping saliva samples around the world,” he continued. “But yes, there will be one ASAP.”

As for why he has waited so long to agree to the test, he claims he hasn’t been able to travel to Australia — which is where Dani currently resides — due to the country’s COVID-19 lockdown.

“No, Australia isn’t open yet or I would have already gone so those of you saying ‘just go’ must not know that,” he wrote. “We are truly on different continents so easier said than done.”

He added, “Why am I sharing on Insta? Because [it’s] the only way I have to set the record straight about me not wanting to be involved if the baby is mine. I absolutely do. It’s also the same platform she blocked me on 12/31.”

He went on to confirm that he has spoken with Dani in recent days, but he didn’t reveal what he and his former lover spoke about.

Unfortunately, this latest Instagram post didn’t do JL any favors with his co-stars either as this time they blasted the 25-year-old for addressing the situation on social media. Furthermore, Colin accused the deckhand of lying “through his teeth,” and he also told JL to “man up” once again.

“JL, why do you continue to lie through your teeth,” Colin asked. “Please keep this disgustingly desperate attempt to save face and blame Dani, off of social media. It’s pathetic. We in her circle have seen first hand how you have treated her for the last [nine] months. So again, man the [f*ck] up and do what’s right for this poor little girl, AND KEEP IT OFF SOCIAL MEDIA.”

Sydney Zaruba also chimed in, commenting, “This is a CHILD no longer a reality tv show. Get it off social …?” 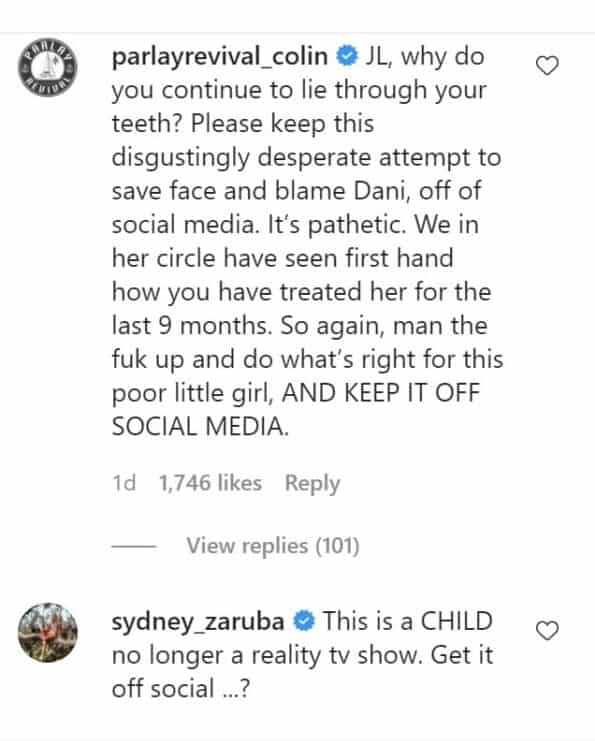 Dani and JL will address the situation on the Below Deck Sailing Yacht season two reunion, which airs tonight on Bravo at 9/8c.