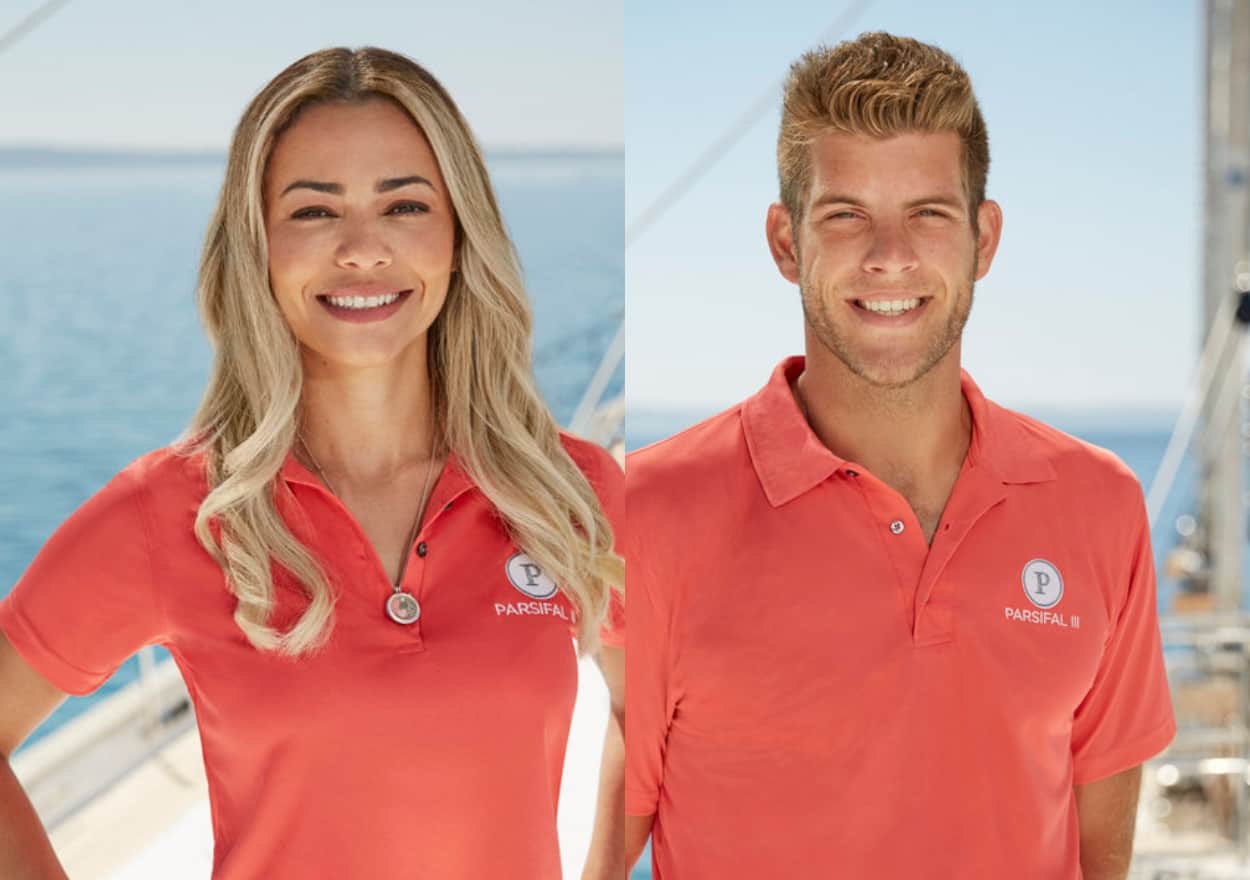 Below Deck Sailing Yacht star Dani Soares is responding to Jean-Luc “J.L.” Cerza Lanaux‘s latest Instagram posts regarding the paternity of her baby, and she seemingly admits she’s confused by how their relationship ended as she also dishes on motherhood.

Fans were shocked when Dani announced her pregnancy in April, and many immediately began to speculate that JL was the father of the child since their boatmance was playing out on the show. Dani has yet to confirm or deny whether JL is in fact the father, but after Dani was seen telling host Andy Cohen that the father wants nothing to do with the baby in the reunion teaser, JL spoke out via social media.

In a lengthy Instagram post, JL claimed he also “wants to know” if he’s baby Lilly’s father. Then, in a second post, he said he has been unable to take a paternity test since he and Dani are currently living on different continents. Furthermore, he explained that he wanted to set the record straight regarding talk that he doesn’t want to be involved in the child’s life. Then, he suggested that Dani might be keeping him from Lilly since she allegedly blocked him on Instagram.

“Why am I sharing on Insta?” he wrote on June 20. “Because it’s the only way I have to set the record straight about me not wanting to be involved if the baby is mine.  I absolutely do. It’s also the same platform she blocked me on 12/31.”

However, according to Dani, she would never keep her baby girl away from her father.

“I would never deny a father seeing their daughter,” she told ET on June 21. “That’s horrendous. … For Lilly’s sake, I know it would have been much better for her to know that her dad actually wants to meet her and wants to know her, than growing up knowing that he didn’t really do anything about it.”

Though the former stew said she’s glad JL finally addressed the situation, she would have preferred for him to speak with her privately as well.

“There is no point to telling just my side of the story,” she stated. “We need everybody’s sides, because we all have different points of view and we all think we were telling the truth, but we all see the truth differently.”

Dani went on to reveal the last time she saw the deckhand, which was days after filming wrapped on season two. Apparently, she initially believed they were going to give their romance a shot on land, but she’s saving the details of their split for part two of the reunion.

“I think the reunion is going to answer all the questions and more,” she teased when asked what went wrong. “I feel like we’re really genuine on the boat and… I was. I know I was, and whatever happened, we still had that thing. I guess if we were in the same country, if we were in the same place, we would probably try to make it work better. Giving it a try, a proper try.”

As for how motherhood is treating Dani, she says it has been difficult. But she went on to admit that baby Lilly essentially forced her to grow up fast, which is something she’s grateful for.

“Oh my god, it’s hard,” she proclaimed. “Honestly, it’s hard and everything, but if Lilly wasn’t here, I feel like I would probably be passed out on the street right now with heels and makeup everywhere, and that’s not a good thing. So she definitely came to change my life and give me the meaning that I was looking for.”

The second part of the two-part Below Deck Sailing Yacht season two reunion airs tonight on Bravo at 9/8c.