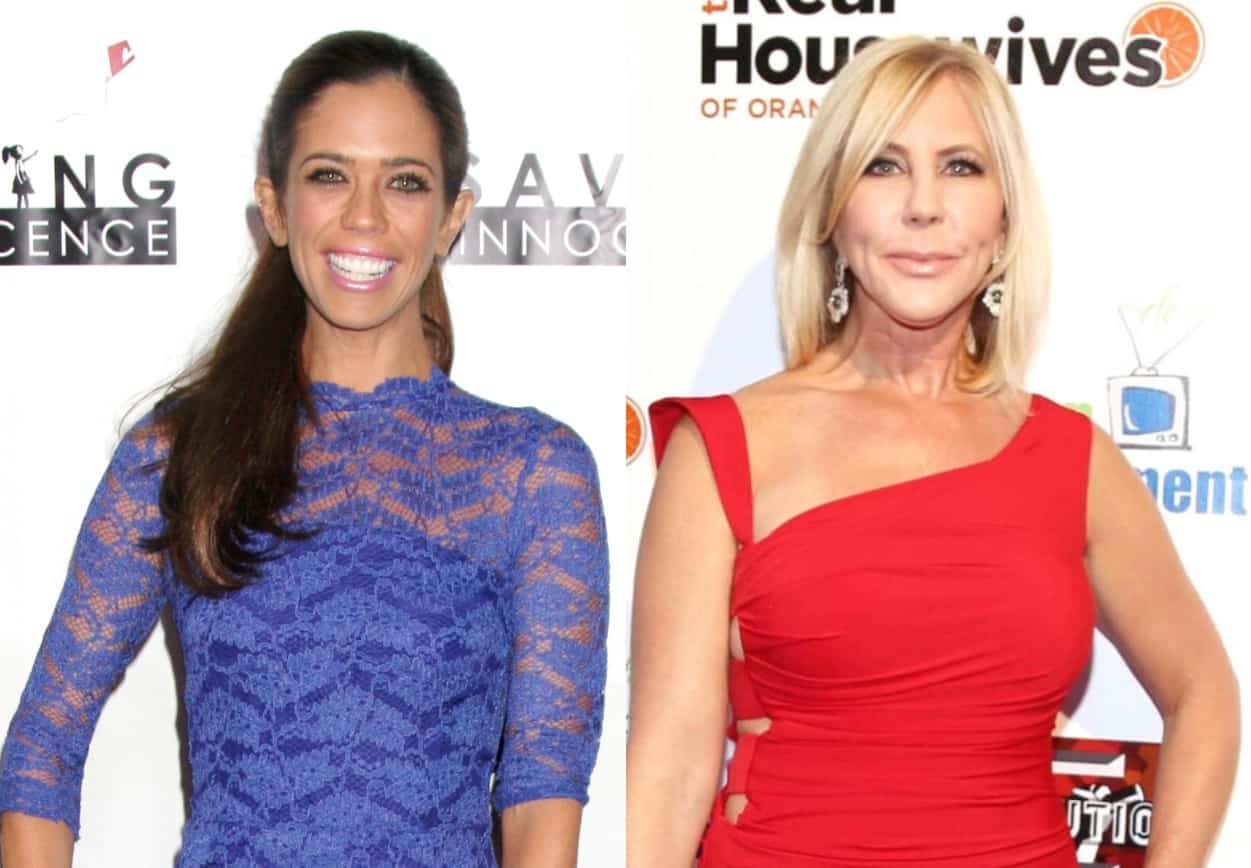 Former Real Housewives of Orange County star Lydia McLaughlin names her “drunkest” co-star as she dishes on traveling with Vicki Gunvalson and reveals who caused the most drama during her tenure on the show.

In a recent interview, Lydia — who appeared on seasons eight and 13 of the show — played a round of rapid-fire questions and spilled a little tea while doing so. When asked to name which of her former co-stars was the “drunkest,” she initially chose Shannon Beador. However, she quickly changed her mind and claimed it was actually Vicki.

“When we went to Iceland, Vicki and Kelly [Dodd] went out the night, like, after we started filming, and then they, like, stayed out all night, so I didn’t actually see them,” Lydia told Us Weekly while recalling the 2017 cast trip to Iceland. “But then the next day, allegedly Vicki took something so that she could film, which was why she had the heart trauma and had to go to the hospital. So I guess technically, I mean, you got to give the award to her.”

If fans recall from the Iceland trip, Vicki believed she was having a heart attack and was taken to hospital to be evaluated. During the episode, Kelly revealed that she gave the OG Adderall, which Vicki later admitted to taking during an episode of her Whoop It Up podcast in 2020.

“In Iceland Kelly gave me a Xanax and an Adderall,” she said according to The Sun. “At the same time, and my blood pressure 170 over 140. I mean I was about a stroke victim ready to happen.”

Though there was always unexpected drama surrounding Vicki, especially during cast trips, Lydia says she was still a lot of fun to travel with.

“Traveling with Vicki was like the best situation ever,” she shared with the outlet. “It was one of the funniest moments of my life was trying to catch a plane with her, and I like was laughing so hard. And then everybody knows who she is ’cause she’s been on the show for so long. So people kind of were trying to talk to her, but she didn’t really want to. She’s just herself, you know what I mean? Like, if you saw her, she’s that outrageous all the time.”

She added, “So it’s just kind of a weird delight to be around because I’m a little bit kind of quirky in my own way, but she’s just an on another level. So it was almost inspiring.”

As for who Lydia believes was the biggest pot-stirrer during her time on the show, that honor goes to the one-season wonder Peggy Sulahian.

“Peggy caused the most drama when I was on the show, just because she didn’t get along with anybody.” Lydia then added, “I mean, Tamra [Judge] and Kelly were up there too.”