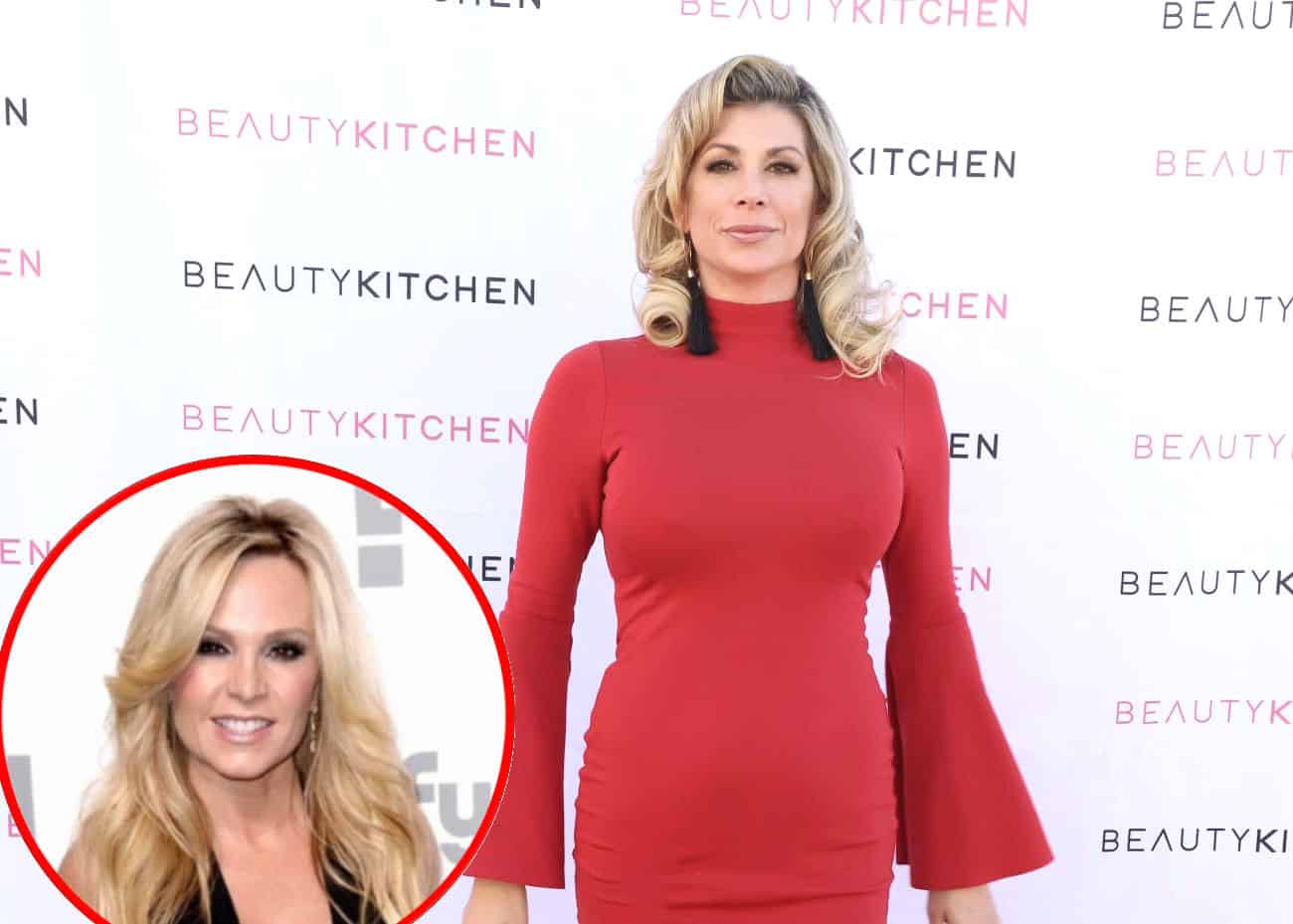 Alexis Bellino says she was riddled with anxiety during her time on The Real Housewives of Orange County as she dishes on the most intense scene she ever filmed, which she believed would turn into a physical altercation.

As fans well know, Alexis was involved in many memorable scenes throughout her four seasons on the show. And in a new interview, she named the one that stands out in her mind above the rest.

“The [time at Tamra Judge’s gym] where I admitted that I had popped a Xanax the night before,” she told Us Weekly. “I took a quarter [because] I was having anxiety attacks in the middle of the night and the doctor told me, ‘You need to just try to get one night’s sleep and just see if it’ll calm [you] down.’”

Though the 44-year-old claims she hasn’t taken the anxiety medicine since, she regrets allowing viewers to witness the one time she did pop a Xanax.

“And then I don’t like the way it made me feel. So I didn’t take it again, but you know, that doesn’t need to be aired that I popped that,” she proclaimed.

Alexis went on to say that she was having a great deal of anxiety because she was forced to face off with Tamra, who was basically her arch-nemesis at the time.

“We were doing that dinner in [Tamra’s] gym and producers had begged me to go. I said, ‘I’m not going, I’m not going because she’s going. She’s going to throw me out or light me up. And I’m not in the position [where] I want to be in a fight,’” she recalled. “And they said, ‘Well, what if we promise you that she can’t throw you out?’ And I said, ‘OK.’ And, sure enough, she throws me out. And the way she got in my face, I literally thought it was going to be the first fistfight of my life.”

Although she wasn’t feeling well, Alexis said she still wouldn’t have backed down to Tamra, who often referred to her as “Jesus Jugs.”

“If she hit me, the b*tch was going down,” she claimed. “I was not going to sit back and just take it. I’m like, ‘If she strikes first, she’s getting an assault charge, not me.’”

The show may be in the mother-of-three’s distant past, but she still wonders to this day why another adult woman would “come in [her] face” like Tamra did.

“I don’t handle situations that way or talk to people that way,” Alexis said. “So that was the one that really was the icing on the cake.”