Home Real Housewives of Orange County News Kelly Dodd Talks Being “Blindsided” by RHOC Firing, Claims Braunwyn is “Hurting Her Kids,” Plus How She Found Out She Was Fired as Husband Rick Calls Her ‘Most Popular’

Kelly Dodd Talks Being “Blindsided” by RHOC Firing, Claims Braunwyn is “Hurting Her Kids,” Plus How She Found Out She Was Fired as Husband Rick Calls Her ‘Most Popular’ 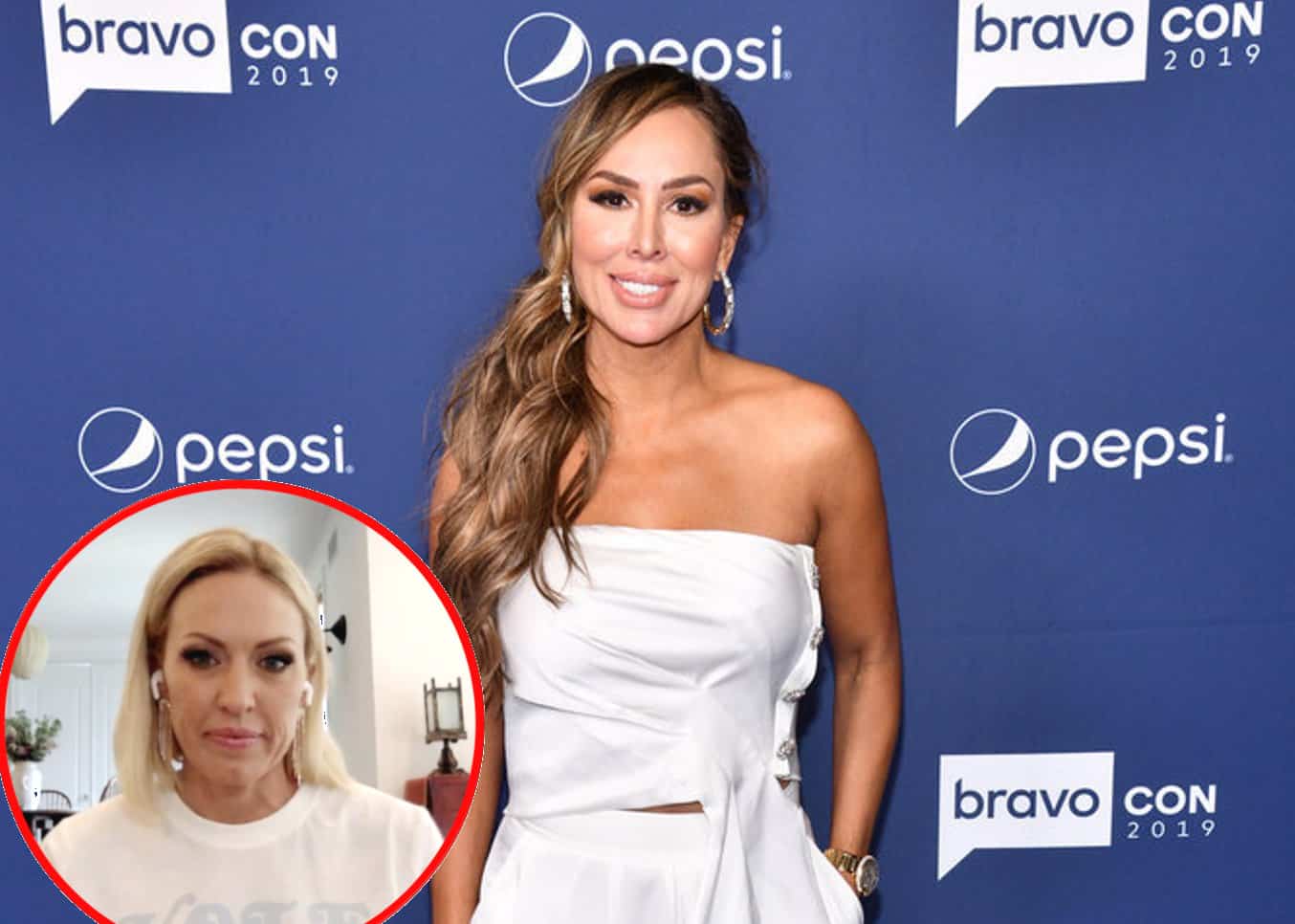 Kelly Dodd is dishing on her recent Real Housewives of Orange County firing.

Kelly and her husband Rick Leventhal joined Jeff Lewis on his radio show on Monday to discuss her firing, and she also had a few things to say about Braunwyn Windham-Burke. She also explained her previous controversial comment about the pandemic.

Kelly admitted that she was “blindsided” when her contract wasn’t renewed as she recalled the phone call she received from one of the owners of Evolution Media, who produces the show.

“He called me and he said, ‘I hate to say this,’ and I’m like, ‘Uh-Oh.’ But he said, ‘We are not going to ask you back for next season,'” she shared on Jeff Lewis Live. “And I said, ‘Well, why? Was it political?’ And he said, ‘No, Bravo wanted to take a different direction than you.'”

She then went on to ask the individual for her Q-rating — which is a measurement of a television personality’s popularity — but according to Kelly, the individual said Bravo didn’t submit the Q-ratings for any of the cast members for “the first time ever.” And at that point, Rick decided to weigh in on his wife’s popularity.

“There’s no one more popular than [Kelly]. Even if people hate her, they love to hate her,” the former Fox News reporter declared. “They love to watch her. She was the brightest spark on that show. I have to say, when that phone call came, I was very surprised because even though she’s been so controversial, she’s still great television.”

Kelly also dished on the one million followers she has across social media who “love” her before sharing her thoughts on the fans who “hate” her.

“I have this little group that are the cancel culture that hate me, and they’re the loud ones,” she said. “They’re the ones who can’t afford to…. yeah. The woke broke! So, yeah, they love to hate me.”

Nevertheless, the mother-of-one did take some accountability for her actions as she admitted it was likely her fault that she wasn’t asked back.

As for her public dispute with Braunwyn following the news of their firings, Kelly has no remorse regarding that situation as she claims the mother-of-seven was horrible to work with.

“She was probably the worst human being that I have ever worked with ever in my entire life,” Kelly said of her former co-star. Then, she added that Braunwyn’s “whole storyline was fake.”

When prompted to name what was “fake” about her storyline, Kelly went on to name a list of things.

“I think being an alcoholic, and then bringing out the lesbian,” she alleged. “She wanted to be the first [housewife] on Bravo to be a [lesbian.] She just wanted attention on her so hard. She told everybody that it was going to be her show and that she wants her own show. She was just a fake whacko.”

“You know what, I don’t believe anything she has to say,” she proclaimed. “She is a liar! She is just a liar! And she came on Entertainment Tonight and said that I was a racist just like Heather Dubrow called me a racist too. And look, I’m married to a Jew.”

Kelly didn’t stop there, though, as she went on to question Braunwyn’s decisions as a mother after stating that her former co-star “doesn’t care about her kids.”

“She is actually hurting her kids,” she snarked. “She’s having an affair with this Fernanda [Rocha] chick. She broke up a marriage, and she’s like, you know, doing all this stuff. What kind of example are you setting for your children?”

As for Kelly’s comment that the coronavirus pandemic was “God’s way of thinning the herd,” she explained that she wasn’t “smart enough” to come up with that sentiment on her own. She blames Charles Darwin.

“I didn’t write that. I’m not smart enough. Darwin did,” she revealed. “I was reading an article and I said it because I read it. It’s natural selection. I wasn’t hurting anybody, I didn’t kill anybody. Was it insensitive? Yeah, probably. But I was just reading an article about it and I’m like, ‘That makes sense.'”