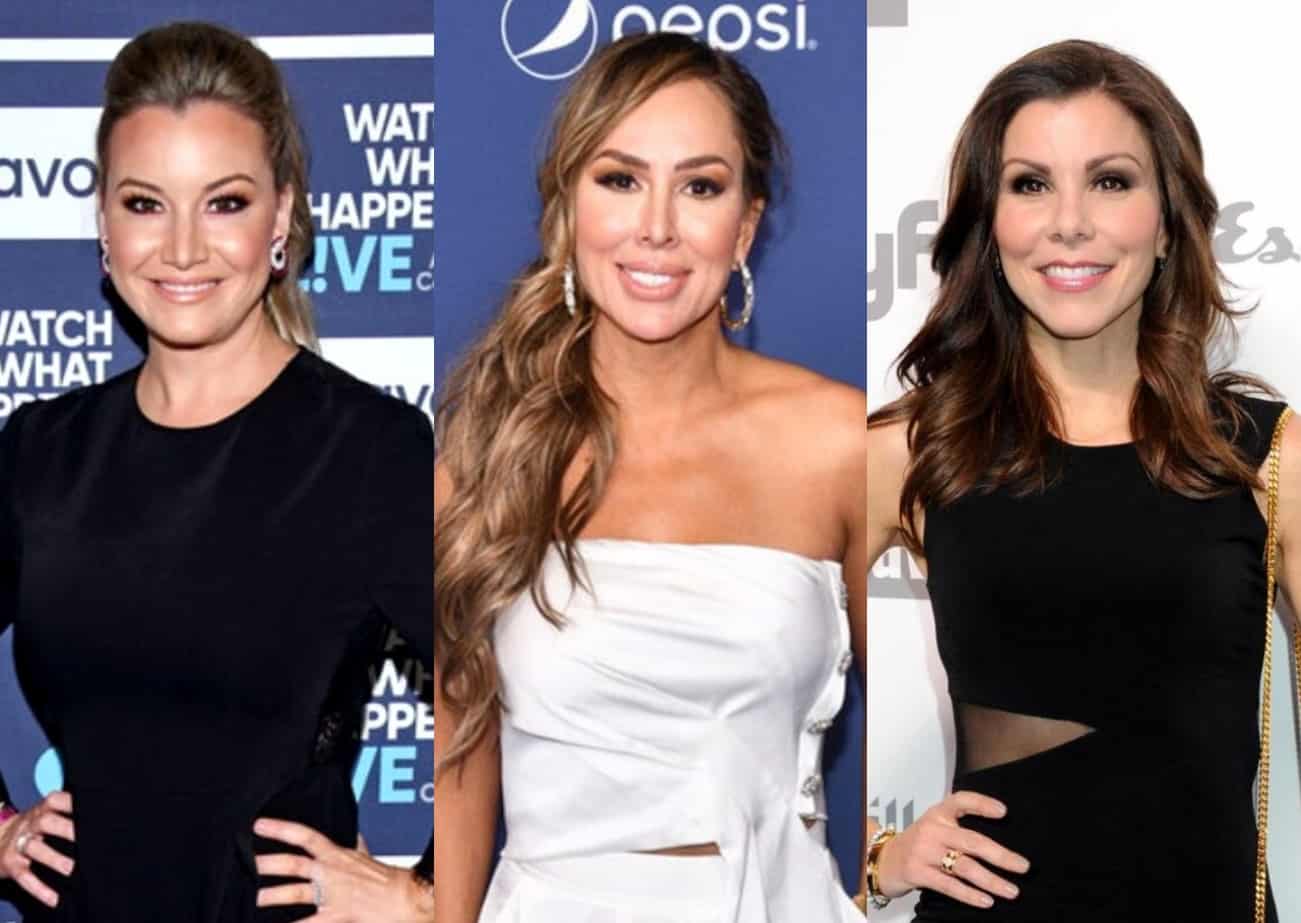 Kelly took to Instagram earlier this week to apologize for suggesting that she and her husband Rick Leventhal caught COVID-19 from Heather’s son while attending a New Year’s Eve bash. The former reality star issued the apology after receiving a legal letter from the Dubrow family’s attorney.

Once Kelly’s mea culpa began to make the rounds on social media, Hannah took the opportunity to weigh in on the situation.

“If you went to a NYE party with 30+ people then you gave yourself [COVID] you f*cking moron,” the former chief stew commented on the video, which had been reshared by Best of Bravo on Instagram.

In the video, Kelly revealed that it wasn’t just her and Rick that caught the virus at the party. She claimed 24 other partygoers did as well.

“I did get [COVID] at a party New Year’s Eve, and Heather Dubrow’s son and his friends were all there,” she said. “And while I had information leading us all to believe we could’ve gotten [COVID] from them, because we all, like 24 of us, got [COVID] that night, we obviously have no way of proving or knowing for sure he or his friends were the source of our infection.”

Fans mostly sided with Hannah, with one writing, “Totally agree! People who don’t want to follow the guidelines and then blame someone else for getting sick! Total Morons!!”

Another person wrote, “I loved this comment before I saw the absolute legend who posted it.”

Still, there were a few who slammed Hannah for weighing in on the drama and told her to mind her own business.

As fans well know, this isn’t the first time Kelly has been forced to apologize for comments she has made regarding the deadly virus. One comment she had to apologize for was her claim that the pandemic was “God’s way of thinning the herd,” which she recently addressed on Jeff Lewis Live.

“I didn’t write that. I’m not smart enough. Darwin did,” she said about the controversial remark. “I was reading an article and I said it because I read it. It’s natural selection. I wasn’t hurting anybody, I didn’t kill anybody. Was it insensitive? Yeah, probably. But I was just reading an article about it and I’m like, ‘That makes sense.’”