Home Below Deck Sailing Yacht Below Deck: Colin Macrae Says Producers Encouraged Him to Drink Before Interviews as Alex Radcliffe Explains Why His Crew Was Given Drink Limit

Below Deck: Colin Macrae Says Producers Encouraged Him to Drink Before Interviews as Alex Radcliffe Explains Why His Crew Was Given Drink Limit 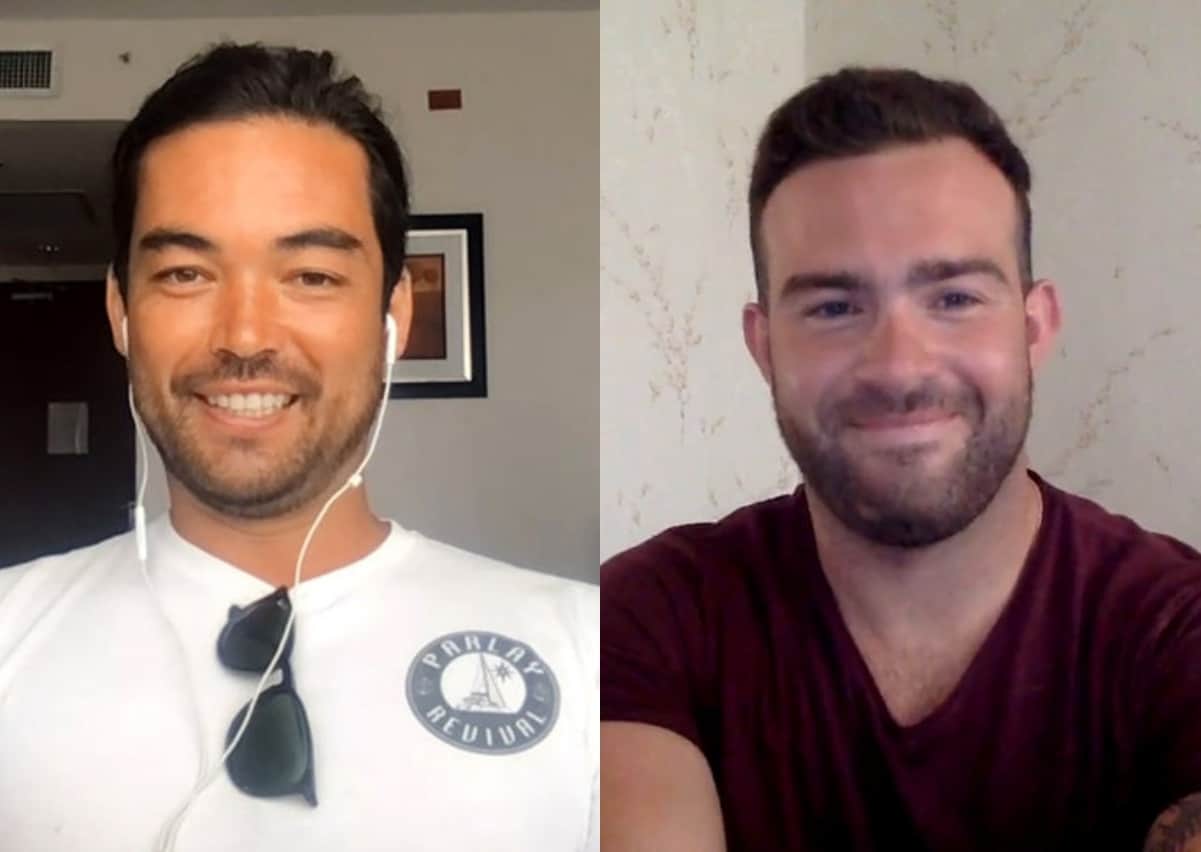 Below Deck stars are getting candid about their drinking habits on the show.

As fans well know, watching the crew members live their best lives in between charters is a big part of the show as their wild nights out typically provide a great deal of entertainment. And when Below Deck Sailing Yacht alum Colin Macrae stopped by deckhand Alex Radcliffe‘s podcast, the two dished on their experiences with alcohol on their respective shows.

According to Colin, producers actually encouraged him to drink before he sat down for interviews, which he claims got him into trouble with his co-stars.

“I don’t know about you guys, but they encourage us to get pretty hammered during those interviews,” he told Below Deck Mediterranean alum Alex Radcliffe on his Altered Reality podcast per Showbiz Cheat Sheet.

In fact, the moment Colin spilled the beans to chief stew Daisy Kelliher about Gary King plotting to hook up with Sydney Zaruba to get back at Alli Dore, he was “10 beers in.”

“They encourage you to drink,” he shared. “It loosens up your nerves and they get more juice out of you. So that particular morning, it was like our second to the last interview. They wanted the juice. So I went in there and I smashed like 10 beers. I was f*cked up.”

“Then I went back to the boat, hammered drunk,” he continued, recalling the moment. “I was like walking past the laundry. And Daisy’s standing there doing some laundry. And it just slipped out of my mouth.”

As a result, Daisy went straight to Alli to give her the heads up about Gary’s plan, which ultimately ruined the crew’s last dinner. Colin admits he regrets drunkenly spreading the gossip because he feels responsible for the drama that ensued.

As for Alex’s experience, he said producers actually set a limit for his crew after he got “blackout” drunk while filming an interview.

“I blacked out,” he revealed. “I had three bottles of wine, and for my season, everyone else after that had no more than two drinks.”

He added,  “I blacked out, got back to the boat. They had to stop filming because I couldn’t stand up.”