Home Below Deck Mediterranean Below Deck Med Charter Guest Reveals Behind the Scenes Rules and the Word That’s Forbidden, Plus She Talks Being “Annoyed” With Katie Flood 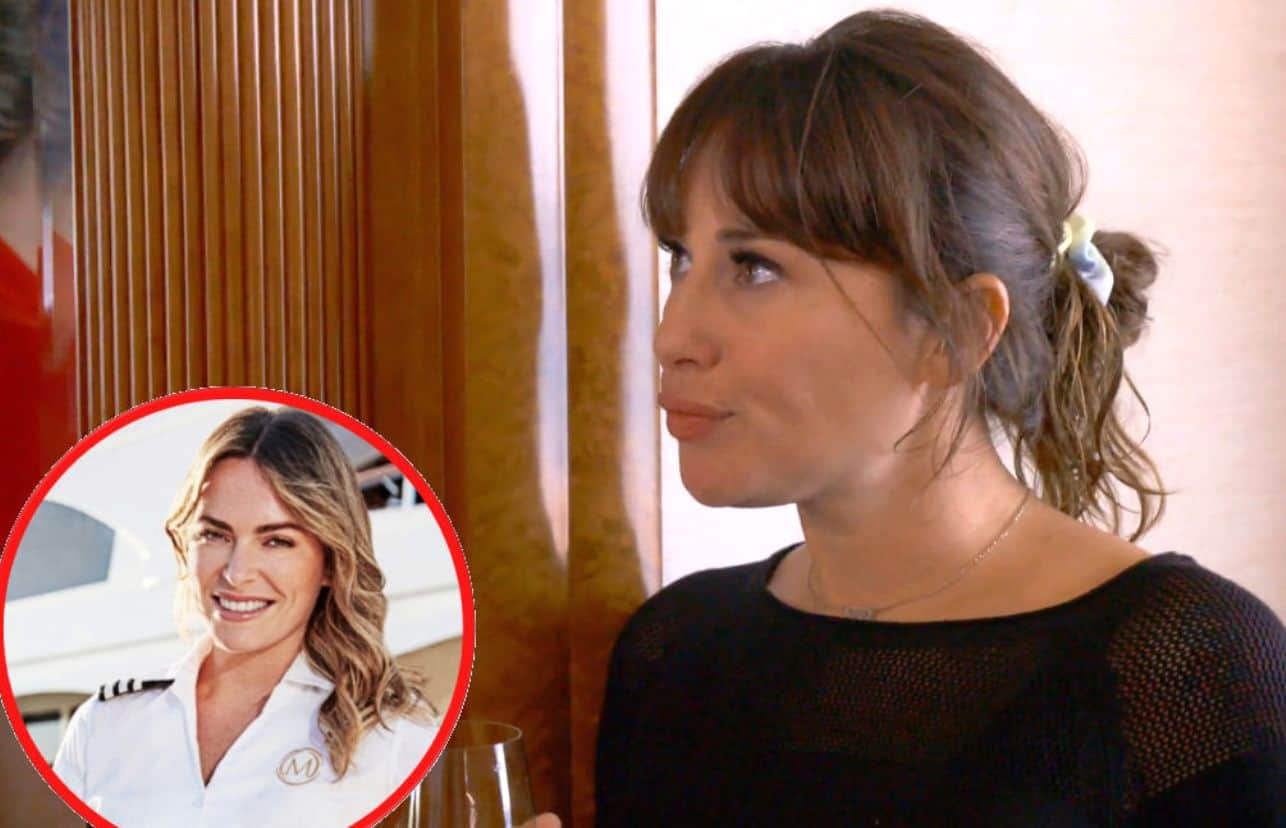 Below Deck Mediterranean charter guest Tarez Lauren reveals the rules producers ask guests to follow and explains why she was so annoyed with chief stew Katie Flood over the glow sticks.

As fans well know, producers must set certain boundaries for cast members while filming a reality show, but it seems guests also have their own set of rules.

According to Tarez, who was among the group who charted Lady Michelle at the beginning of the current season, guests are not allowed to speak with anyone in production once they board the yacht, and they’re definitely not allowed to utter one particular word.

“You can’t say Bravo,” she shared on the Another Below Deck Podcast on Patreon per Showbiz Cheat Sheet.

Of course, fans of Real Housewives of Beverly Hills know this all too well as Denise Richards attempted to use the word often in season 10 after claiming Kyle Richards told her to say “Bravo” if she wanted a scene to be left on the cutting room floor. Unfortunately for Denise, though, it didn’t quite work out that way.

Meanwhile, Tarez, along with her husband, Lee Percenti, also revealed that playing music is another big no-no.

“One of the things was the music. We had dance parties in our room,” he said before revealing they had to pay a licensing fee in order to use the song they wanted for their wedding on the show.

“We had one song for the wedding that we paid for. For the rest of the night, I thought they were gonna make us look weird because we’d go in our room and shut the door,” he explained. “We’d open it and be like, ‘Hey we’d like eight espresso martinis. Thanks.’ Shut the door. And go back to the dance party.”

As for those pesky little glow sticks that Tarez requested but Katie refused to use, she claimed there was actually meaning behind them.

“I wanted to use [the glow sticks] the whole eight days of quarantine,” she explained. “The entire group of guests had to quarantine prior to arriving for their charter. My friends were like, ‘No! Those are coming on the boat for Jordan’s birthday!'”

“So when they didn’t put them out, you have to understand my rage,” she continued. “I wanted those glow sticks every night. So when we didn’t get them on the boat, I was like ‘My f*cking day is ruined! No glow sticks!’”

Unfortunately, the glow sticks were the least of her worries as their first meal was beyond horrible. If fans recall, Chef Mathew Shea left the boat due to an alleged knee injury, so the crew was forced to whip up a “surf and turf” dinner for the night. But, as it turns out, Tarez claims the crew made a huge mistake as she actually requested the popular dish on the night of her wedding.

It’s clear Tarez was less than pleased with the service she and her group of friends received during their charter. Nevertheless, though she was allegedly prepared to leave a $100,000 tip, she still left the crew $25,800 for what she has previously called “sh*t service.”