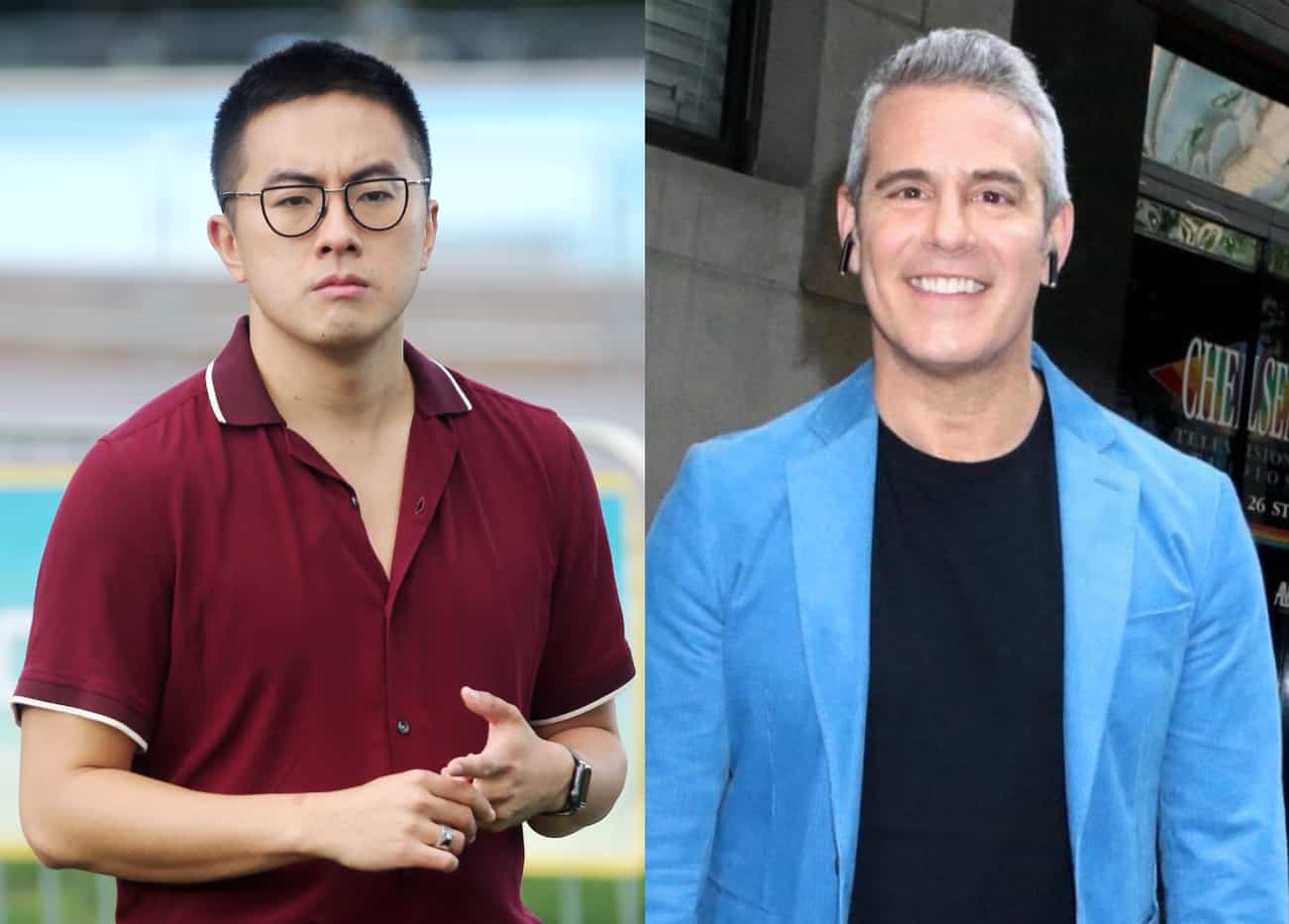 Saturday Night Live star Bowen Yang slammed a Bravo housewife during a taping of Watch What Happens Live and believes Andy Cohen will never ask him back to the show because of it.

During an episode of his Las Culturistas podcast, which he hosts with Matt Rogers, Bowen admitted to calling the Real Housewives of New York City cast member Ramona Singer a “white supremacist” before doubling down with claims of the reality star being a “super spreader.”

Although Bowen confirmed his comment didn’t make it to air, he said Andy was noticeably upset about the diss.

“I hit a nerve, but Andy seems actually peeved,” Bowen recalled of his WWHL experience.

While Bowen may not be asked back to the late-night talk show, he made it pretty clear that he has no regrets regarding what he said about the RHONY cast member. In fact, he proceeded to take aim at Ramona for the many social outings she tended to in the midst of the coronavirus pandemic.

In July 2020, after Ramona attended a party in the Hamptons that was also attended by Donald Trump Jr. and his girlfriend, Kimberly Guilfoyle, who later tested positive for COVID-19, Dorinda Medley called out Ramona and encouraged her to “get tested ASAP.” Then, in February, after being spotted partying in a number of locations around the globe, including Florida and St. Barts, an insider told TMZ the RHONY cast was “livid” with Ramona’s careless behavior.

The Real Housewives of New York City season 13 airs Tuesdays at 9/8c on Bravo, and Watch What Happens Live airs Sundays through Thursdays at 11/10c, also on Bravo.