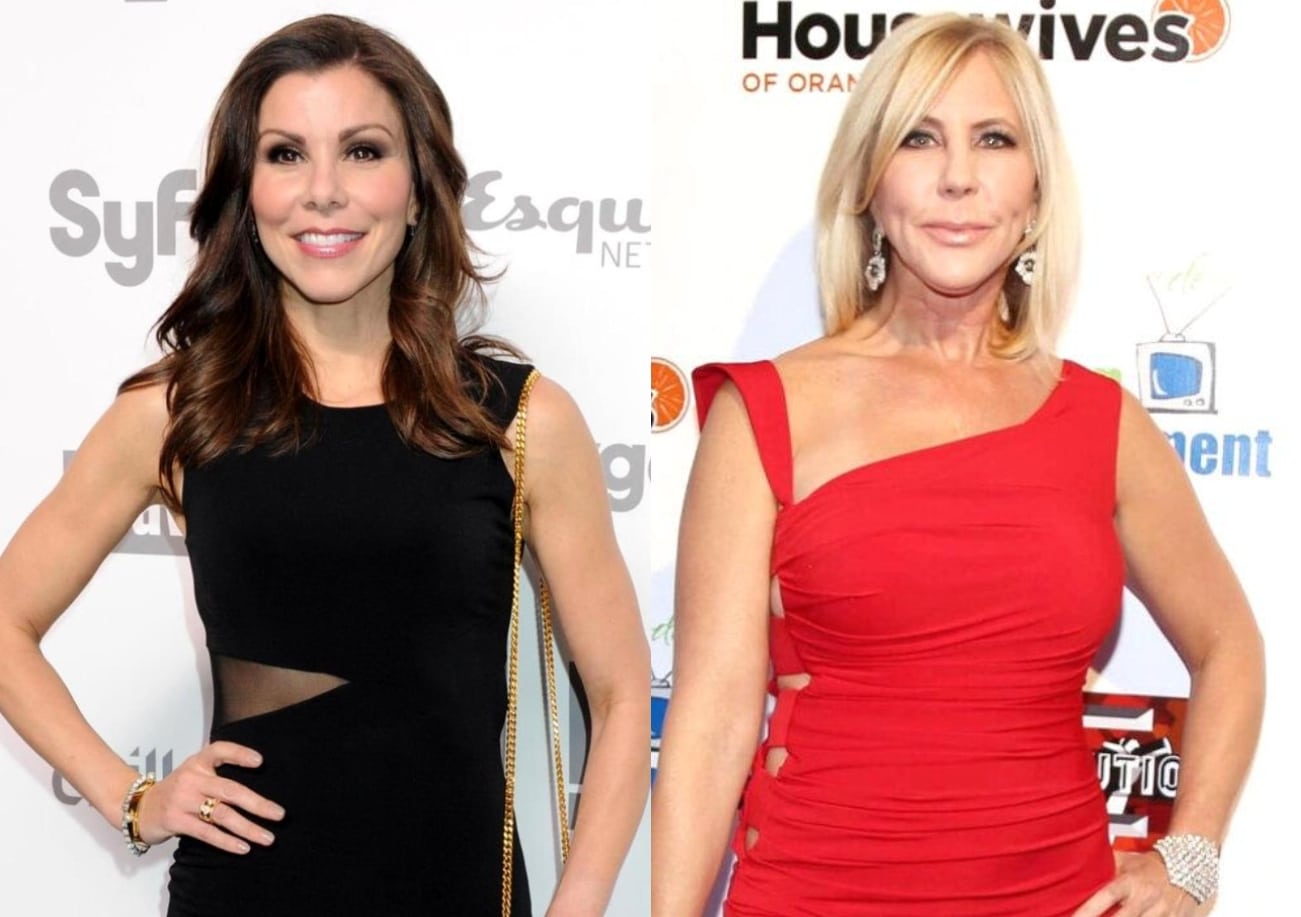 Could Vicki Gunvalson be rejoining the cast of The Real Housewives of Orange County for its upcoming 16th season?

After Heather Dubrow shared a photo of the two of them enjoying a night out on the town with her husband, Dr. Terry Dubrow, on her Instagram Story, social media fans began wondering just that. But was their outing filmed?

“Well, well, well…..” Heather wrote in the caption of her August 9 pic. 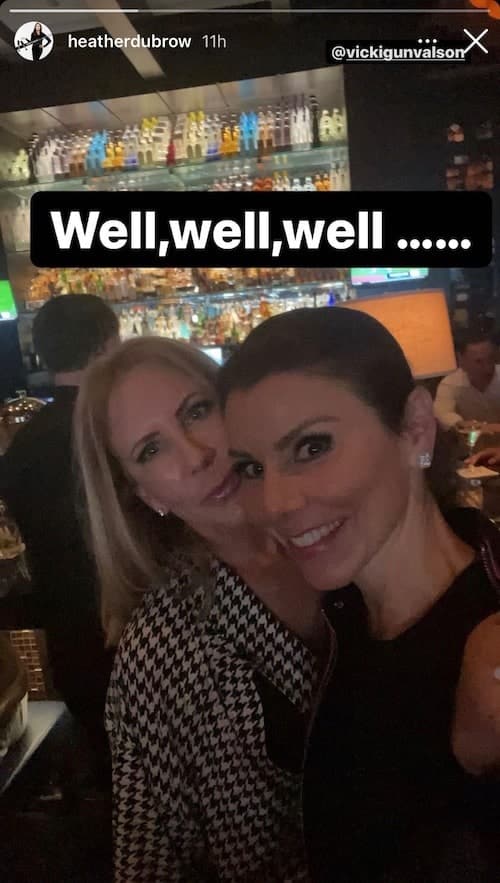 While RHOC fans on Instagram immediately suspected that Vicki would be featured on the upcoming season of the show, at least in a cameo role, Queens of Bravo on Instagram said otherwise.

After sharing a couple of images taken by other diners at the restaurant where Heather and Vicki were, the fan page confirmed, “They are not filming.” 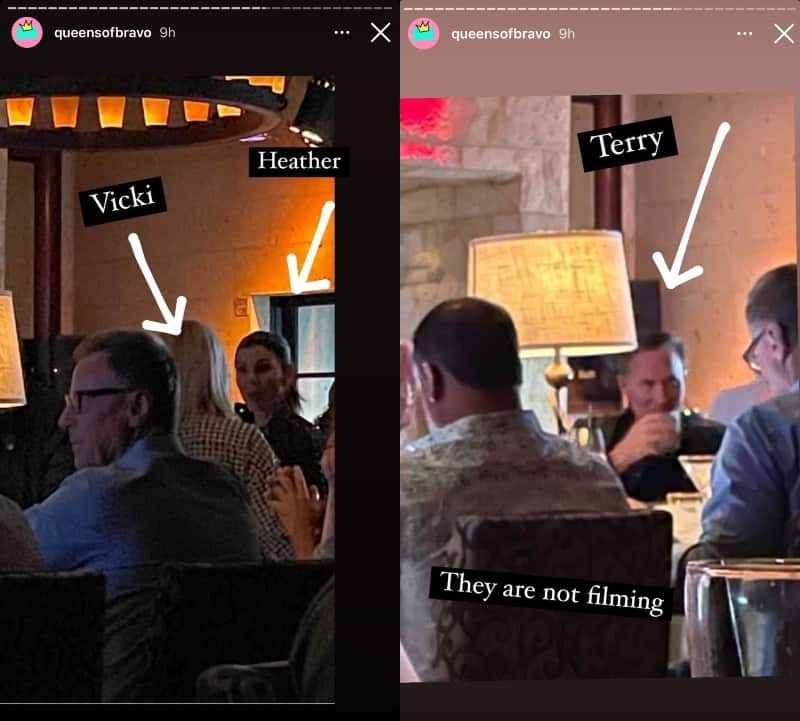 As RHOC fans may have seen, Andy Cohen opened up about the recent changes to the cast, which included the exits of Kelly Dodd, Braunwyn Windham-Burke, and Elizabeth Vargas in June, on Monday during an interview with Entertainment Tonight.

“I think it was the right time, not only because I think the fans were asking for it, but it’s always fun to bring back an old friend and see an old friend, but also I think it was a great time to get back to some of the aspirational luxury that the Orange County franchise launched with, and that Heather certainly represents,” he shared.

And while he didn’t mention Vicki at all, Andy did tease the potential return of Tamra Judge.

“I think Tamra — as I’ve said many times — was one of the greats and I hope at some point, either now or in the future, we’ll do more with her,” he said. “I don’t know when, but I think that would be great.”

The Real Housewives of Orange County season 16 will begin airing later this year or early next year on Bravo.