Home Real Housewives of Beverly Hills News ‘RHOBH’ Erika Jayne Did Not Make $156K Payment to Rinna’s Daughters’ Clothing Company as Her Attorney Explains What Money Was For, Plus Erika Mocks Attorney Investigating Her

‘RHOBH’ Erika Jayne Did Not Make $156K Payment to Rinna’s Daughters’ Clothing Company as Her Attorney Explains What Money Was For, Plus Erika Mocks Attorney Investigating Her 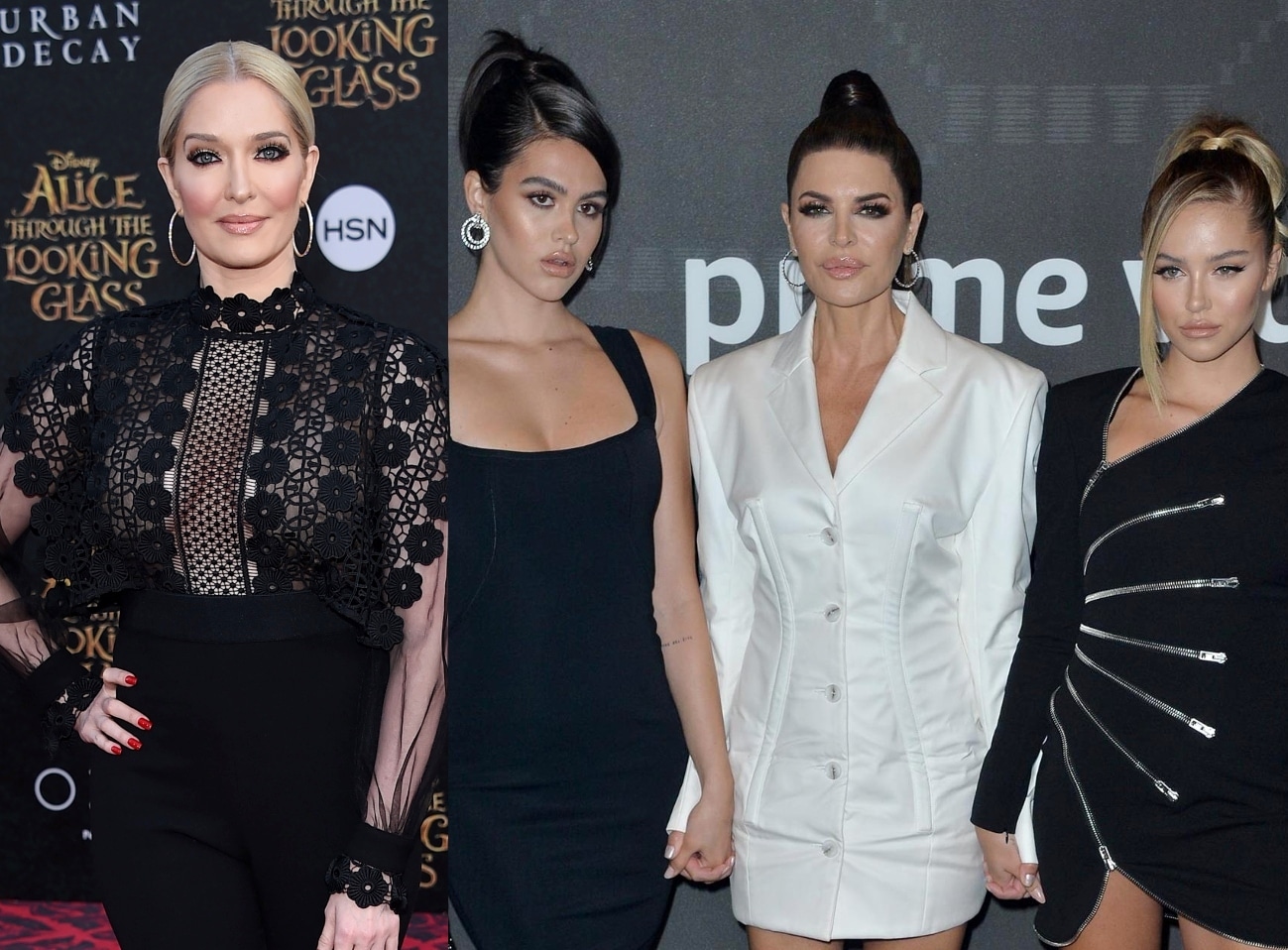 Erika Jayne did not make a $156,000 payment to DNA, the now-defunct clothing company of Lisa Rinna’s daughters, Delilah Hamlin, 23, and Amelia Hamlin, 20.

After first releasing a statement, via her lawyer, in regard to the claim about her supposed spending at the girls’ former business, the Real Housewives of Beverly Hills cast member took to Instagram, where she responded to an article about the allegation by slamming Ronald Richards, the attorney investigating her finances amid bankruptcy proceedings against her estranged husband, Thomas Girardi.

“Richards is mistaken,” Evan C. Borges told Radar Online in a September 1 statement. “His statement is another example of Richards and the trustee jumping to conclusions without a full investigation and trying to prejudice Ms. Girardi. There was no payment to Ms. Rinna’s daughter’s company. Rather, my client believes that the payment was probably to a company called David Naylor and Associates for a music video that she did.”

“Richards and the trustee should know better. They have all the records of Girardi Keese (“GK”), which is the party that made the payment. (We don’t have those records and all that is included with the amended complaint is a summary by payee over a 12-year period.) Richards should be more careful before making false statements about money going to Ms. Rinna or her daughters,” the lawyer added.

The attorney for Amelia and Delilah also confirms Erika did not make any such payment to the girls, telling Radar that “the $156,600 charge in question had absolutely nothing to do with Ms. Delilah and Amelia.”  He also added that while the models’ clothing line was called DNA, they did not use a corporate entity by the name of “DNA, Inc.”

As RHOBH fans may have seen, Erika’s financial records were highlighted in a $25 million lawsuit against her, which demands she return money given to her, fraudulently, by Thomas’ law firm, Girardi Keese. And, when it came to the charges made to DNA Inc., Ronald believed the company in question belonged to Delilah and Amelia, even though a production studio of the same name was once active in Los Angeles.

“We have no reason to believe those charges are for any other company than her friend Lisa Rinna’s daughters’ company,” he told Radar. “It looks like she threw them a large bone with these excessive purchases. Lisa and Erika have a close relationship including sharing business managers and Lisa has taken an active role in assisting Erika since she left Tom Girardi.”

Amid the dispute, Erika reacted to the post seen below.

In a message shared to the comments section of the Instagram page’s post, Erika poked fun at the idea that Ronald is a “powerhouse” lawyer, as the page described.

“Powerhouse attorney? My a—-…” she wrote, along with a face with tears of joy emoji.