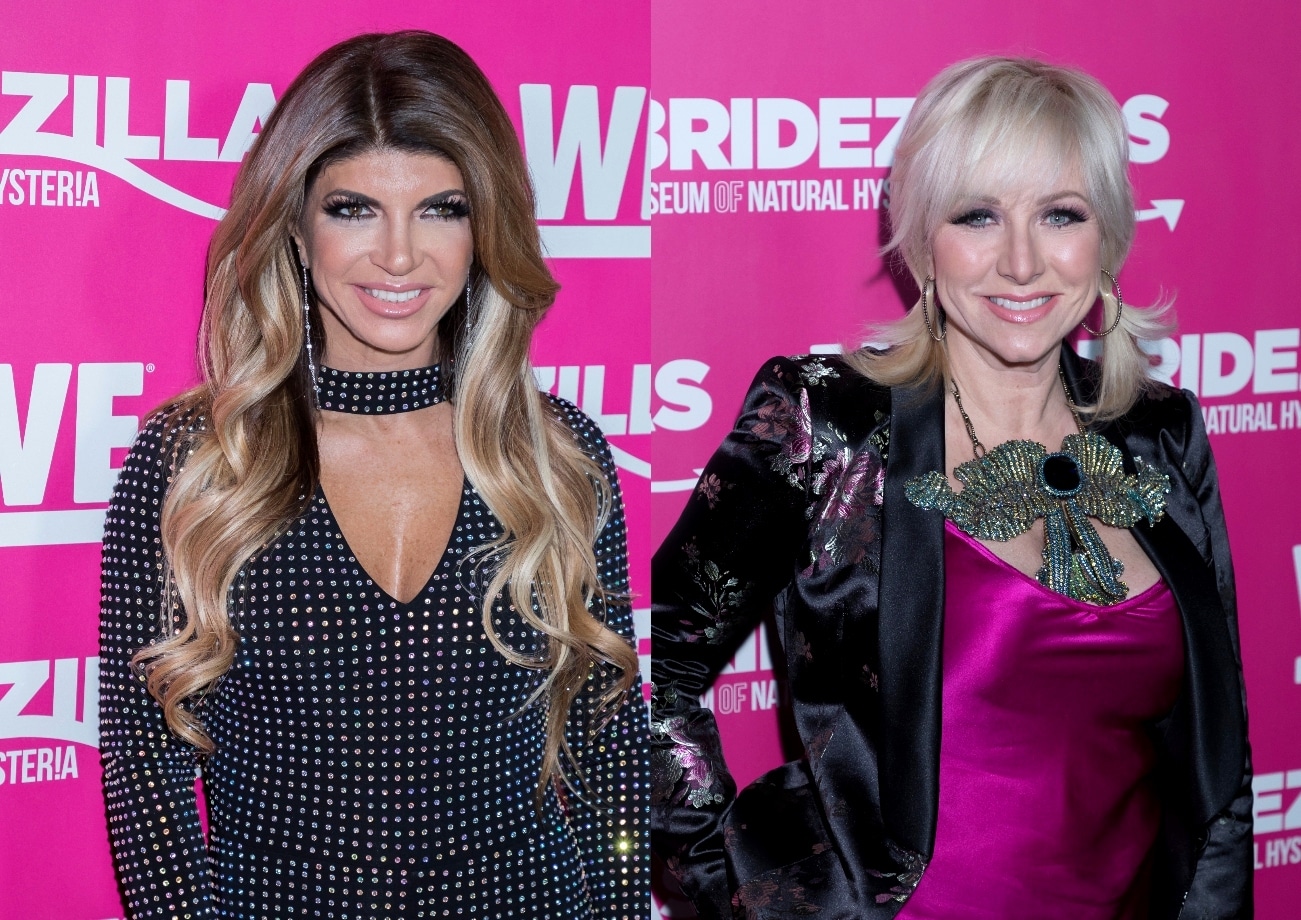 Teresa Giudice is breaking her silence following reports she’s feuding with Margaret Josephs over comments the Macbeth Collection founder has made about her boyfriend, Luis Ruelas, as she also reveals she’s finally moving out of her Montville mansion.

Though filming on Real Housewives of New Jersey season 12 has reportedly wrapped, it seems the drama is lingering according to recent reports and a series of cryptic posts from Teresa.

Over the Labor Day weekend, the OG shared several telling messages via Instagram as she called out “negative” people after hinting at trust issues and family drama.

In the first message, which was captured by All About The Real Housewives, Teresa wrote, “Never trust a person that has let you down more than 2 times. Once was a warning, twice was a lesson, and anything more than that is simply taking advantage.”

In a second message, the 49-year-old seemingly hinted that blood isn’t always thicker than water.

“Family is not about blood,” she shared. “It’s about who is willing to hold your hand when you need it the most.”

Then, in a third post to her Instagram Story, she wrote, “The less you respond to negative people, the more peaceful your life will become.” 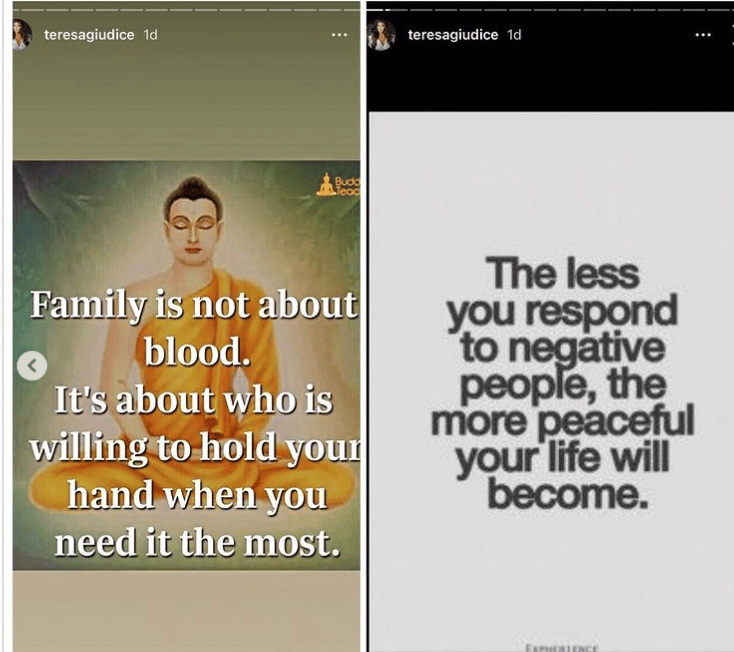 This comes after an insider told The Sun that the entire cast has been gossiping behind Teresa’s back about Luis’ “questionable history” with Margaret leading the pack.

“Everyone has been gossiping about Teresa, however, Margaret Josephs has been the most vocal on camera, claiming that Luis Ruelas is a ‘sex addict’ with ‘a history of abuse’ in which she references tales that Louie’s past girlfriends have shared online,” the source told the outlet last week.

“Behind Teresa’s back the women have gone as far as to label Luis ‘an opportunist’ with ‘an agenda’ and proceed to mock Teresa’s intelligence for falling in love with a man who has such a questionable history,” the insider added.

Although the report didn’t mention Melissa Gorga or Joe Gorga by name, Teresa’s message suggests she’s not happy with her brother and sister-in-law at the moment.

As for Margaret, she and Teresa reportedly had a blowout fight during the cast trip to Nashville, and a separate insider claims Teresa wants nothing to do with her co-star at this point.

Meanwhile, in a recent interview with RHONJ Obsessed on Instagram, Teresa shared that she and her girls are moving out of the mansion she once shared with her ex-husband, Joe Giudice.

“I’m going to be moving at the end of the month, so I’m gonna be really busy,” she shared.

She didn’t specify where she’s moving, but she’s currently renovating the $3.3 million dollar home she purchased with Luis earlier this year.

The Real Housewives of New Jersey season 12 is expected to premiere on Bravo later this year or early 2022.