Home Real Housewives of Beverly Hills News ‘RHOBH’ Lisa Rinna Has Shady Reaction to Amelia and Scott’s Split as Amelia Hints at “Divide” Over Since-Ended Romance, Plus What Harry Taught Lisa About Haters

‘RHOBH’ Lisa Rinna Has Shady Reaction to Amelia and Scott’s Split as Amelia Hints at “Divide” Over Since-Ended Romance, Plus What Harry Taught Lisa About Haters 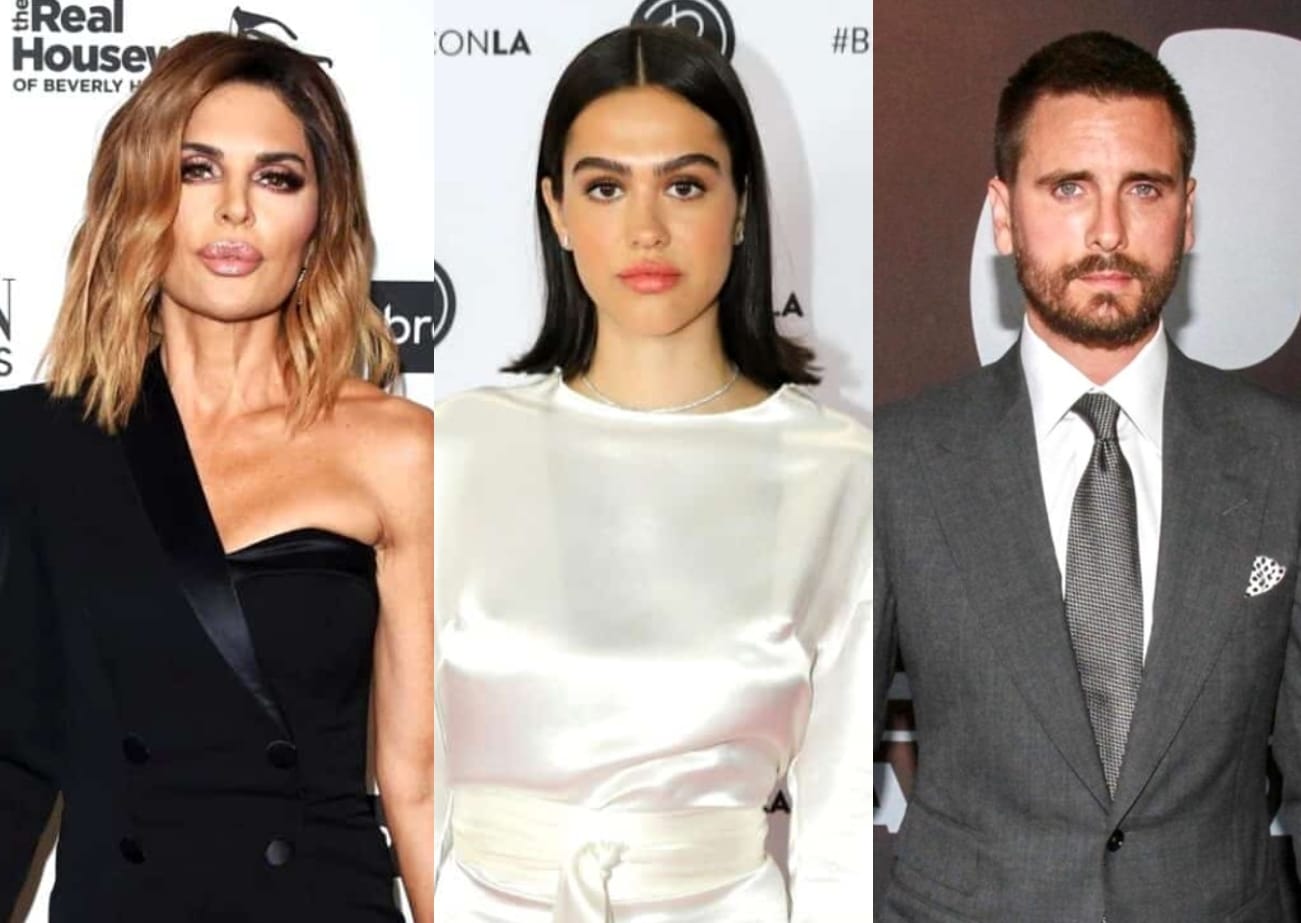 After making it clear that she and husband Harry Hamlin weren’t thrilled about their 20-year-old daughter’s relationship with the father-of-three, who is 18 years her senior, the Real Housewives of Beverly Hills star issued a response to the breakup on Instagram.

Following a post from the Queens of Bravo on Instagram, which included the headline, “Scott Disick and Amelia Gray Hamlin have officially split, multiple sources exclusively confirm to Us Weekly,” Lisa both “liked” the message and shared a smiling face emoji. 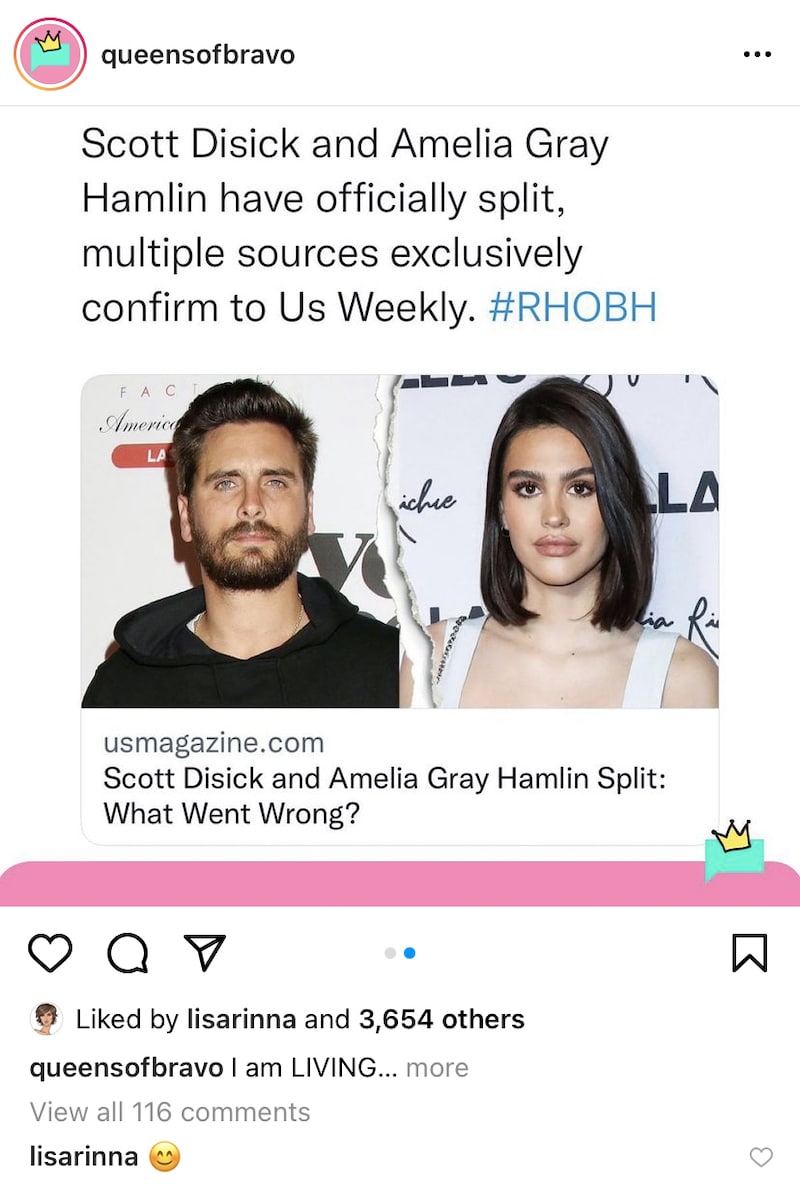 Prior to Amelia and Scott’s reported split, Amelia opened up about her relationship with her mom to Bustle.

“When I was younger, I hated having my mom as a mom. I hated my family in general for having different jobs than my friends’ parents,” she admitted. “I remember there were times when the paparazzi was following my parents and I’d be like, ‘Why are there men with cameras?'”

While Amelia was “freaked out” about the attention her famous family got when she was a child, she now loves her “exciting, out there, crazy, weird, different, quirky parents,” even though she believes Lisa’s role on RHOBH has led to even more over-the-top behavior.

“She was the weird mom that would walk around in her underwear when my friends were over — but now that she’s on the Real Housewives, she’s Lisa Rinna on crack. She’s created this persona that has been locked away her whole life,” Amelia explained.

Although Amelia appreciates who Lisa is as a person, she hinted that there was a divide between them prior to her split from Scott, who she began dating in late 2020.

“My mom and I are really open with each other. But I’m also her baby, and right now we’re having a little bit of a divide on that. It’s hard as a mom to let your kid go and grow up,” Amelia explained. “I can only imagine how that must feel for her. But at the same time, I’ve got to spread my wings and fly, and she doesn’t really want that. Deep down she does, but she also just wants to protect me as much as she can. Still, she’s coming to the realization that she can’t really protect me anymore.”

As for what Harry taught Lisa about haters, Amelia revealed her father “played a big role” in Lisa learning not to care what others think about her.

“They’re best friends. His motto was just like, ‘What other people think about you is none of your business,'” Amelia shared.