Did Meredith Marks Tip Off Feds Prior to Jen’s Arrest? RHOSLC Star Addresses Speculation and Talks Friendship With Lisa Barlow, Plus Her Thoughts On Newbie Jennie Nguyen 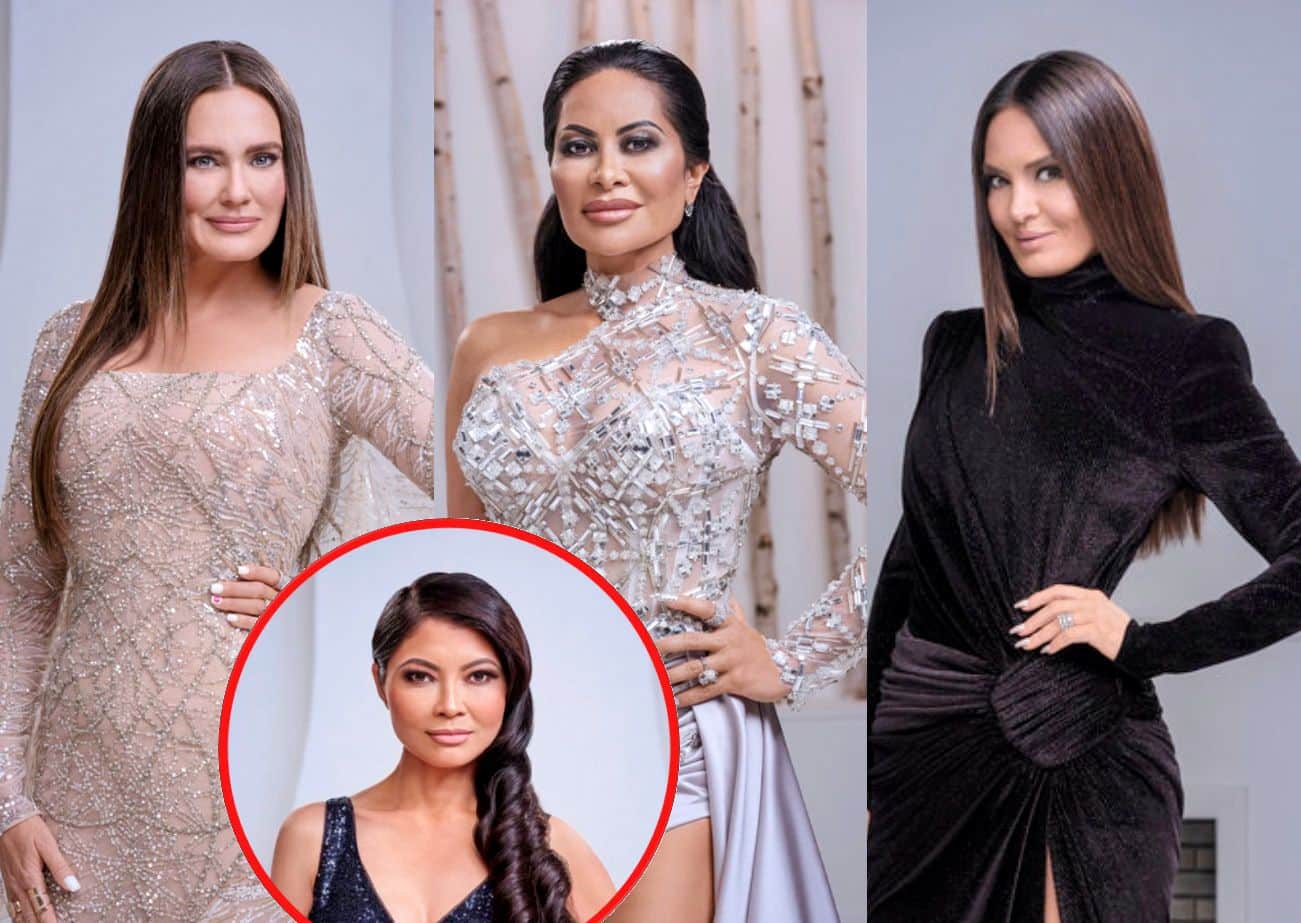 Meredith Marks is addressing speculation that she had something to do with Jen Shah‘s arrest before revealing where she stands with Lisa Barlow and discussing how newcomer Jennie Nguyen fits into the group.

As Real Housewives of Salt Lake City fans may recall from the season two trailer, Whitney Rose and Heather Gay suggested that Meredith may have tipped off the feds prior to Jen’s arrest for her alleged involvement in a nationwide telemarketing scheme. As a result, Meredith was asked where her co-star’s got that idea when she sat down for a new interview ahead of the season two premiere.

“I’m not a practicing lawyer, I never have been a practicing lawyer, but I am a licensed lawyer and I do have the background and the education.” she told E! News on September 8. “So I think in some ways my knowledge of the law might have lead people to believe that I knew more about this situation than they did or than the general public did I guess. I don’t really know.

She added, “These things happen over time and this was a federal investigation. It’s not something that happens over night, everything takes a long time with this. I guess you’ll have to see how it all unfolds.”

Meredith then went on to shut down the speculation completely, stating, “For the record, I can say that I did not have anything to do with Jen’s arrest.”

Furthermore, she says she was just as surprised as everyone else when her co-star was placed in handcuffs and interrogated by authorities.

“Look, that’s shocking to hear about anyone,” she exclaimed. “First of all, even if you think someone might be doing something that’s not legal or whatever else, you just don’t imagine them getting arrested that day, you know what I’m saying? So of course it’s shocking. You’re just like, ‘Oh my gosh, what just happened?!'”

Meredith also dished about her friendship with longtime pal Lisa now that the Vida Tequila CEO has seemingly struck up a close relationship with Jen.

“We’re all human and we don’t always agree,” she continued. “Good friends are able to navigate through those ups and downs and figure out how to resolve them.”

As for Meredith’s thoughts on Jennie, who was reportedly promoted to a fulltime cast member in case Jen was unable to film, she teased that the newbie had no problem getting involved in the drama. However, she stopped short of revealing whose side Jennie chose to take amid filming.

“Jennie, she got herself right in there right away. There was no holding back so she definitely found her space,” she said “It will be interesting to see how everything unfolds with Jennie because it’s a new dynamic, there were a lot of new relationships for her and of course the dynamics of the whole group seemed to have shifted quite a bit. They seem to be in a continual flux to be honest. So we’ll see where she finds her space and where she wants to sit and where she’s comfortable sitting.”

The Real Housewives of Salt Lake City season two premieres this Sunday on Bravo at 9/8c.