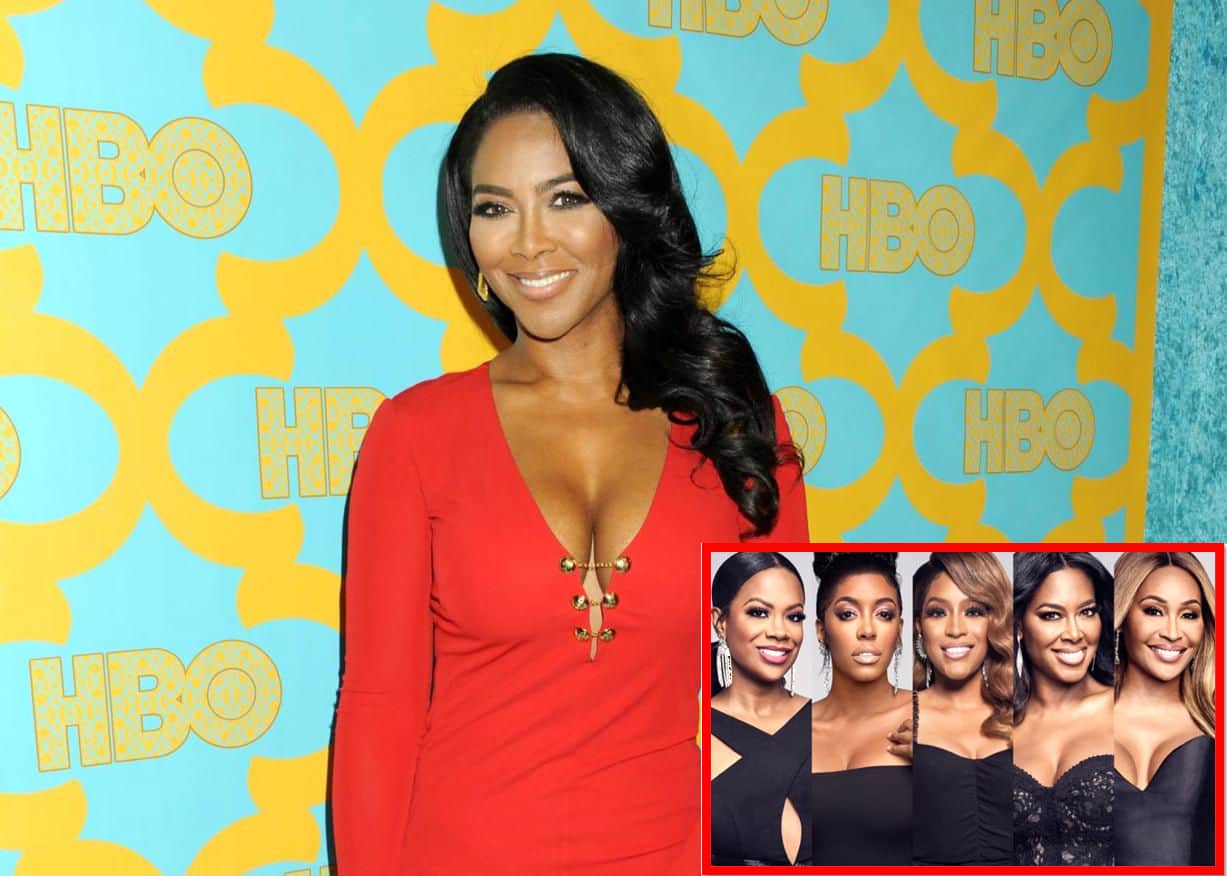 Kenya Moore confirms a Real Housewives of Atlanta cast shakeup while hinting that a few OGs may return before dishing on the drama that went down on The Real Housewives: Ultimate Girls Trip.

Though the season 14 cast has yet to be announced, Kenya pretty much confirmed she’s returning as she recently said she’s expecting to start filming again in October. Nevertheless, it seems a few of her season 13 co-stars will not be back according to the former Miss USA.

“[There will] definitely be a cast shake up,” she spilled to Entertainment Tonight on September 8. “Some new faces… and some old faces not there.”

Rumors about a potential cast shakeup have been swirling for months, especially after Cynthia Bailey seemingly hinted that she might be out. Furthermore, there’s also reportedly a chance that Porsha Williams and Drew Sidora won’t be returning either.

Nevertheless, when Kenya was asked who she’d like to see join the show, she quickly mentioned some OGs.

“I love the oldies but goodies, I love the ‘OGs’ as they call them,” she teased, which could potentially be a hint that Sheree Whitfield is returning for an unprecedented third time.

“When I tell you, it was the best show that I’ve filmed,” Kenya gushed. “Yeah, it is so good! It was so amazing filming it, different from anything I’ve ever experienced. The girls were outstanding. Like, it was just, like — it was so, it was like a symphony, you know? It was just magic, everywhere you looked.”

She added, “You had the top people, but they were all interesting. What they brought to the table was different. We broke the fourth wall a lot, so then they would reveal how they felt in this moment [from their respective shows], or what really happened. Or– and it was just, like, pulling back that veil and seeing what it’s really like to be a Housewife.”

Though she enjoyed her time with the ladies, if fans recall, she reportedly had some issues with Ramona right out of the gate.

“The Housewives have arrived at the house in Turks & Caicos. I’m told Ramona instantly ran to get the best bedroom and has pissed off the other women. She has already called Kenya a b-tch and they haven’t even been there for an hour. Buckle up!!” Anthony Dominic revealed back in April.

Apparently, that report was highly accurate as Kenya essentially confirmed as much.

“There were a lot of battles happening,” she continued. “No, seriously. Because you had seven women with these seven different personalities, and it was just like, we were in a home — we were in a villa — sequestered, basically. And long hours of work, and it’s just like, big attitudes, big egos, big hair. You know, it was just a lot of things happening. … Everything you need!”