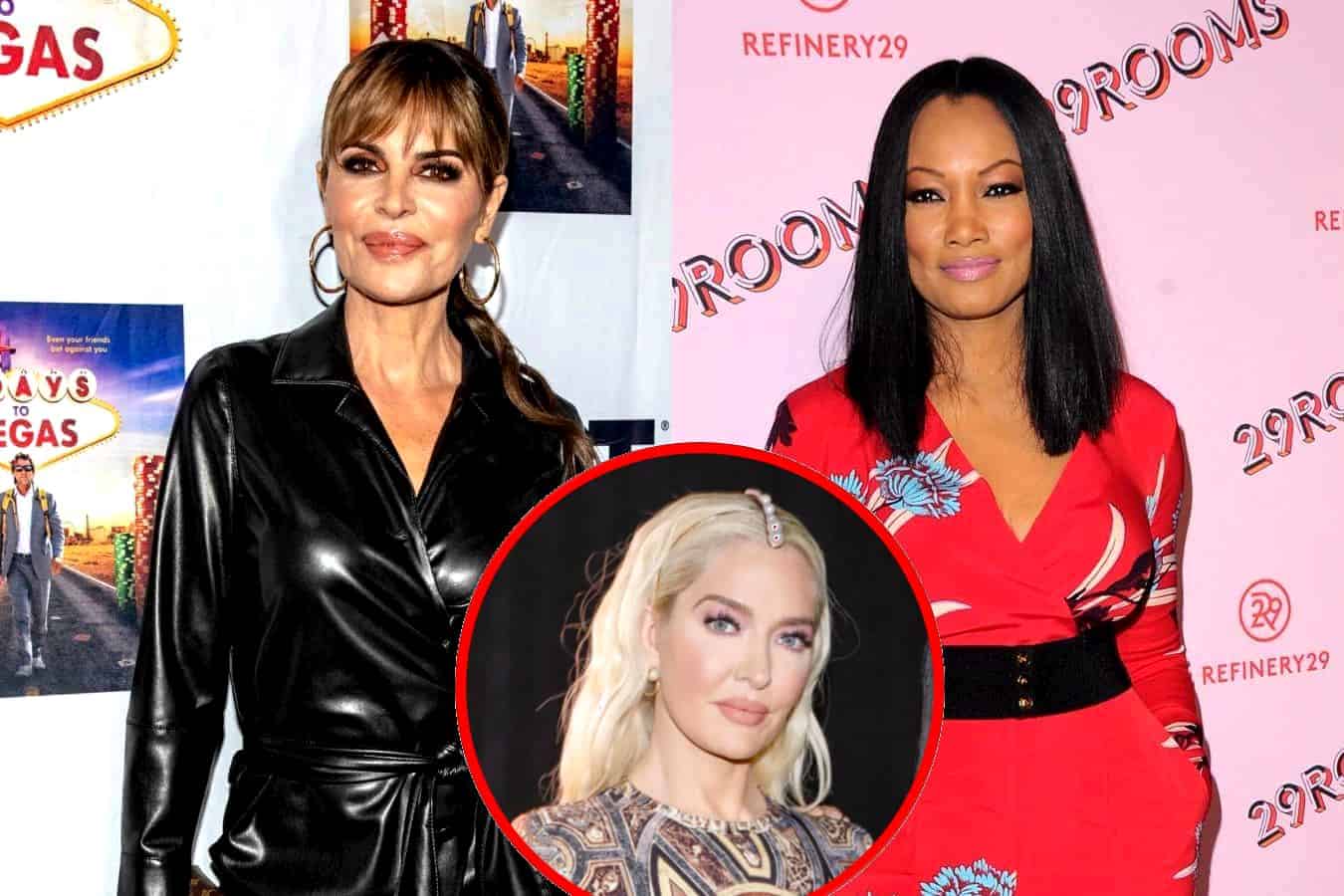 Despite much of season 11 centering around Erika Jayne‘s divorce and legal woes, the other ladies have still added plenty of drama, including Lisa and Garcelle. Though viewers haven’t witnessed the pair going too hard on one another just yet, it seems they understood the assignment and put on a real show during the September 10 reunion taping.

“Rinna and Garcelle went at it and they went at each other hard,” an insider spilled to Hollywood Life on Monday. “[Lisa and Garcelle’s fight was one of] the most dramatic moments of the reunion. There was a lot of fighting and yelling that’s been brewing between them all season and it came out.”

As fans know, Garcelle previously called Lisa out for not having her back when Erika or Dorit Kemsley came after her, and the two sarcastically agreed to do a better job supporting each other going forward. However, that truce was apparently short-lived because the Days of Our Lives actress reportedly doubled down on Garcelle while accusing her of having an ulterior motive when she shared that Erika’s estranged husband, Thomas Girardi, still calls the “XXpen$ive” singer.

Speaking of Erika, the insider confirmed that host Andy Cohen did not take it easy on the embattled star amid allegations that she’s helping Thomas hide assets he allegedly embezzled from his former clients.

“Andy went hard on Erika. [Things] got heated between them a couple of times,” the source revealed. “But [Erika] held her own and answered everything she could answer. She felt good about how she handled herself and [remained] strong.”

This comes after Andy shared on his radio show earlier this week that there was a “VERY spirited conversation about the case” that took place within the last 90 minutes of the taping.

The Watch What Happens Live host also assured fans that they won’t be disappointed with the questions he presented or the answers Erika provided.

“She answers everything,” Andy asserted. “I think I asked her everything. I mean, the viewers had amazing questions. and I feel that we represented the tenor of what the viewers were feeling.”

He added, “I thought it was fascinating, it was engaging, it was surprising, and we spoke about everything.”

Furthermore, he also confirmed that Garcelle and Dorit had some tense moments, so it seems Garcelle didn’t come to play with her co-stars.