Are Porsha Williams and Cynthia Bailey Leaving RHOA? Sources Reveal Who’s Been Asked Back and Filming Date as Kenya Moore Denies Her Own Firing Rumors 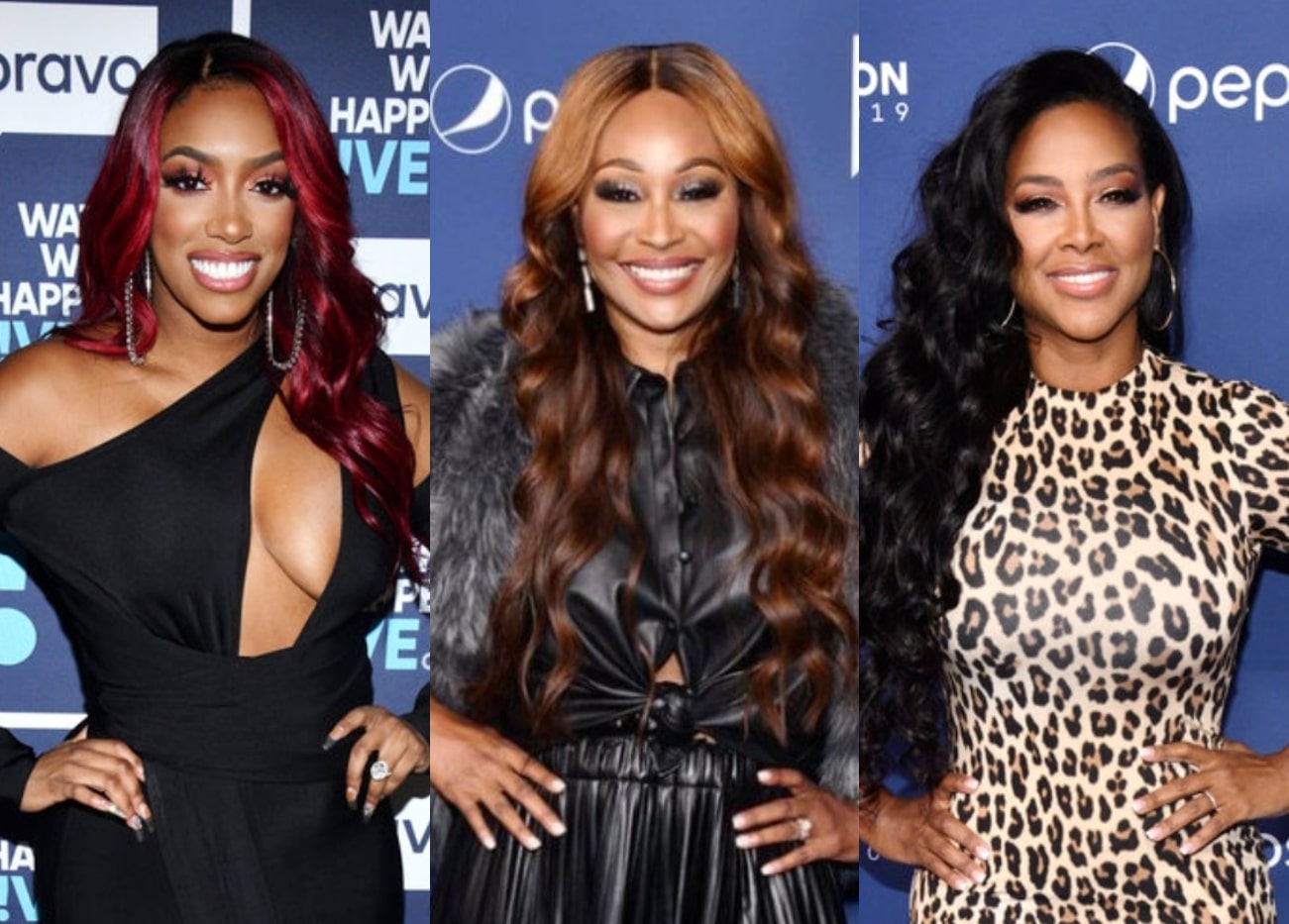 Porsha Williams and Cynthia Bailey are reportedly not returning for season 14 of Real Housewives of Atlanta and Bravo executives are unhappy with the six full-time cast members signed on. Plus, Kenya Moore reacts to her own firing rumors.

“I just threw out a little piece of paper that has the names of who I believe the cast will be,” he told Entertainment Tonight last month while retrieving a piece of paper out of a trash can. “I am not going to show you … there are six names on this list.”

And according to a new report from Anthony Dominic, Porsha and Cynthia were not on that list. However, Kenya, Kandi Burruss, Drew Sidora, Marlo Hampton, and Sharee Whitfield are all reportedly returning, with the addition of one new cast member and “cameos from past cast members.” 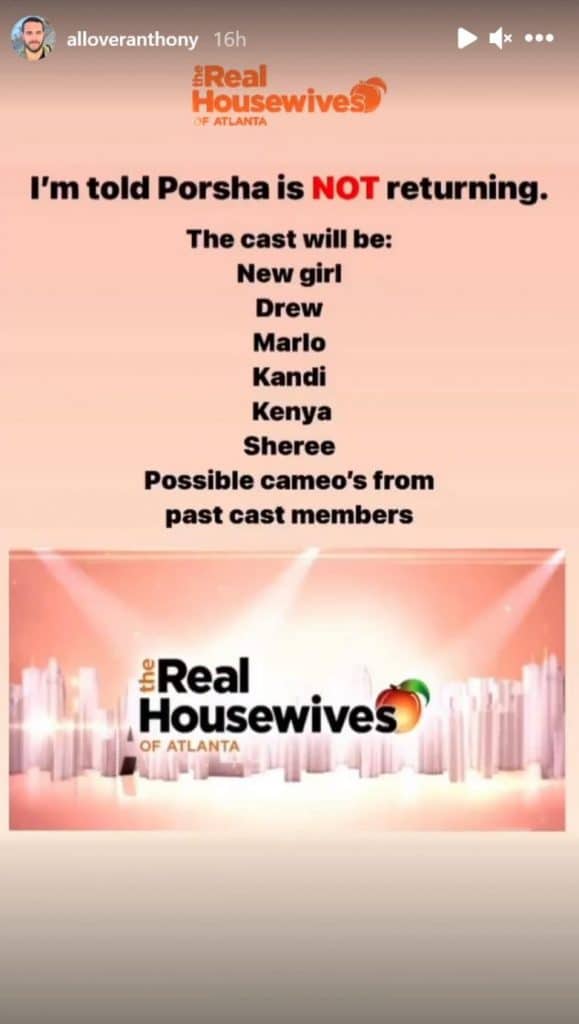 Cynthia’s been hinting that she might be out for some time, but when it comes to Porsha, she’s reportedly choosing to focus on her new show, which will follow her family and her relationship with fiancé Simon Guobadia.

The source added that production is set to begin in October, and the season will premiere in April 2022. 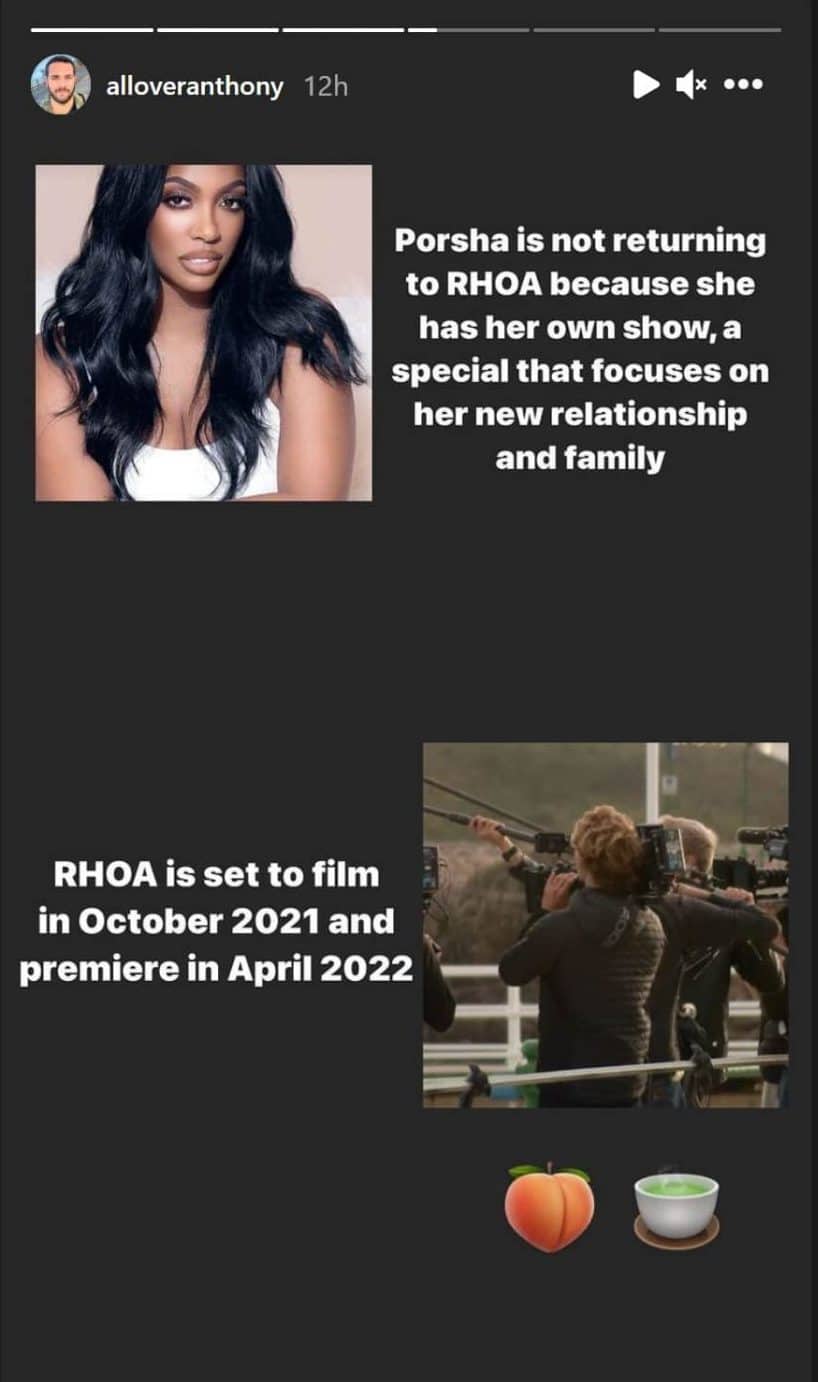 Meanwhile, Tamra Tattles is reporting that Porsha was asked back, along with Kenya, Kandi, Drew, Marlo, and Sharee, with Shamea Morton reprising her friend role. And though several of the women are veteran cast members, they’ve all reportedly been warned that season 14 — which will allegedly consist of 18 episodes — will be a “make or break” season for all of them.

However, the outlet’s source also claims that network executives are having second thoughts about their selection, and they are currently scrambling to “fix the cast.” The insider explained that producers are currently looking for a seventh cast member to shake things up, and they are even considering asking Phaedra Parks, Kim Zolciak Biermann, or Eva Marcille to return.

As for Kenya, she recently shut down rumors that she’s not returning when she took to Instagram Live.

“Someone’s asking me about Housewives. No, the rumors are not true,” she asserted per Urban Belle. “You guys, it came from some not credible source. I’m looking at you, Porsha!”

As fans have likely heard, Kenya recently joined the 30th season of Dancing with the Stars, but she reportedly plans to travel back and forth between Atlanta and Los Angeles in order to film scenes for RHOA.