Home Below Deck Mediterranean Lexi Wilson Calls Out Producers and Accuses Them of ‘Bad Editing’ on Below Deck Med Over Fight With Chef Mathew, Slams Them for Suggesting She Was Treated “Fairly,” Plus Was She Fired?

Lexi Wilson Calls Out Producers and Accuses Them of ‘Bad Editing’ on Below Deck Med Over Fight With Chef Mathew, Slams Them for Suggesting She Was Treated “Fairly,” Plus Was She Fired? 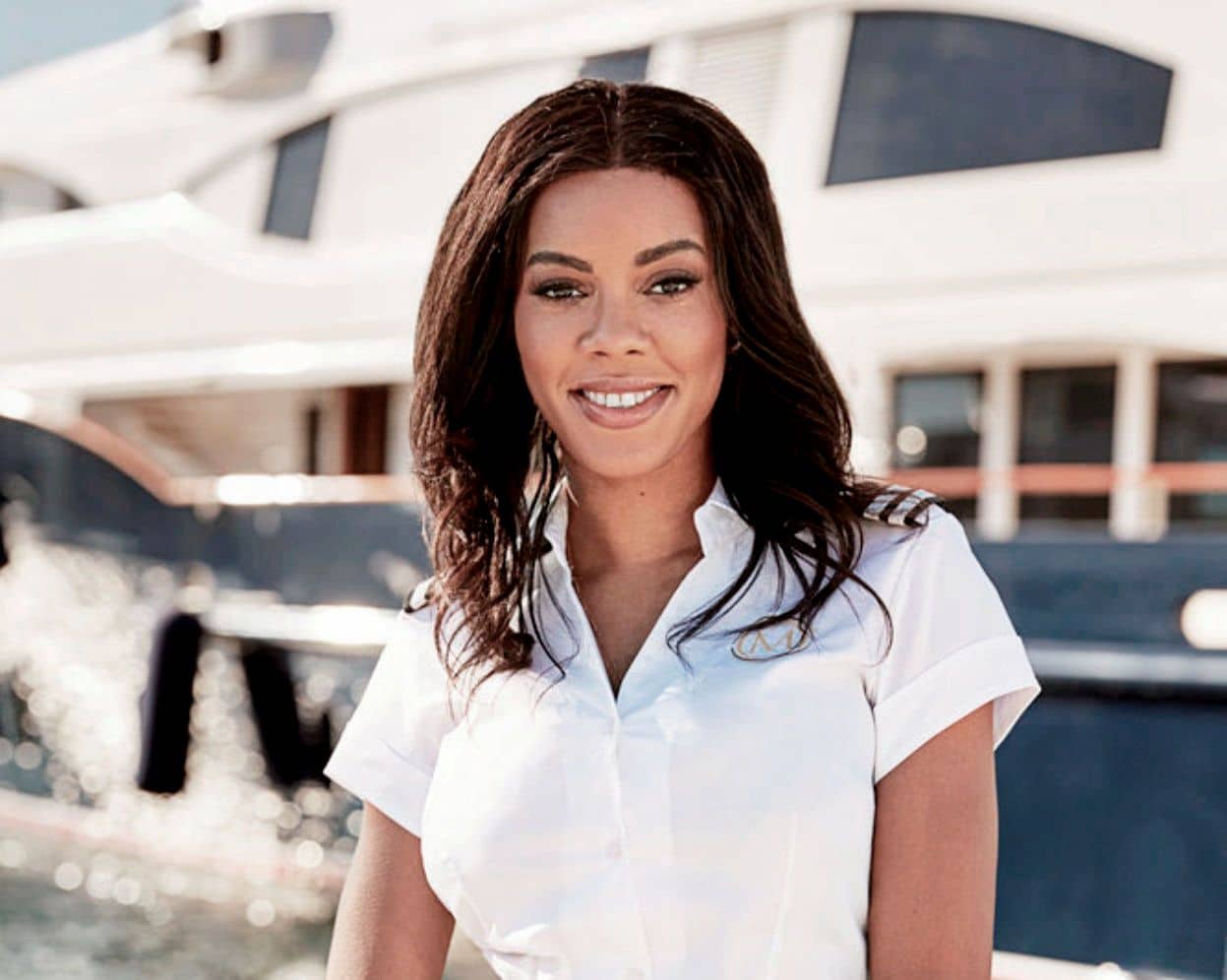 Lexi Wilson is attempting to clear the air following her fight with Chef Mathew Shea and her subsequent fights as she calls out a Below Deck Mediterranean producer.

To call Lexi’s behavior on season six dramatic would be an understatement as she’s been involved in numerous fights with her co-stars. As fans well know, she’s hurled a racist remark at Mzi “Zee” Dempers, shoved Lloyd Spencer‘s head between her breasts, and gone after Mathew with a plethora of inappropriate comments.

Viewers watched on the September 13 episode as she told Mathew that his “parents should’ve aborted [him]” and called him “ugly” before promising she would “smack [his] *ss” if the cameras weren’t on. Unfortunately, the cameras were on, and her fellow crew members witnessed the exchange, which results in Captain Sandy Yawn sending the former pageant queen packing on the September 20 episode.

According to Lexi, producers clipped together pieces of a phone conversation she had with her mother to make it seem like she was saying nasty things about Chef Mathew. Lexi claims she was actually discussing a fight she had with a former friend who owed her money, but Bravo edited the conversation to make the drama look worse than it really was.

In one post, she wrote, “These people are the worst in life! That episode is completely edited down and the stories are unrelated to the argument.”

But she didn’t stop there as Lexi also called out executive producer Nadine Rajabi in the caption for allegedly telling her she was treated fairly.

“And the nerve of you to message me talking about how you treated me fairly [Nadine] when you allowed this to happen!” the former second stew wrote. 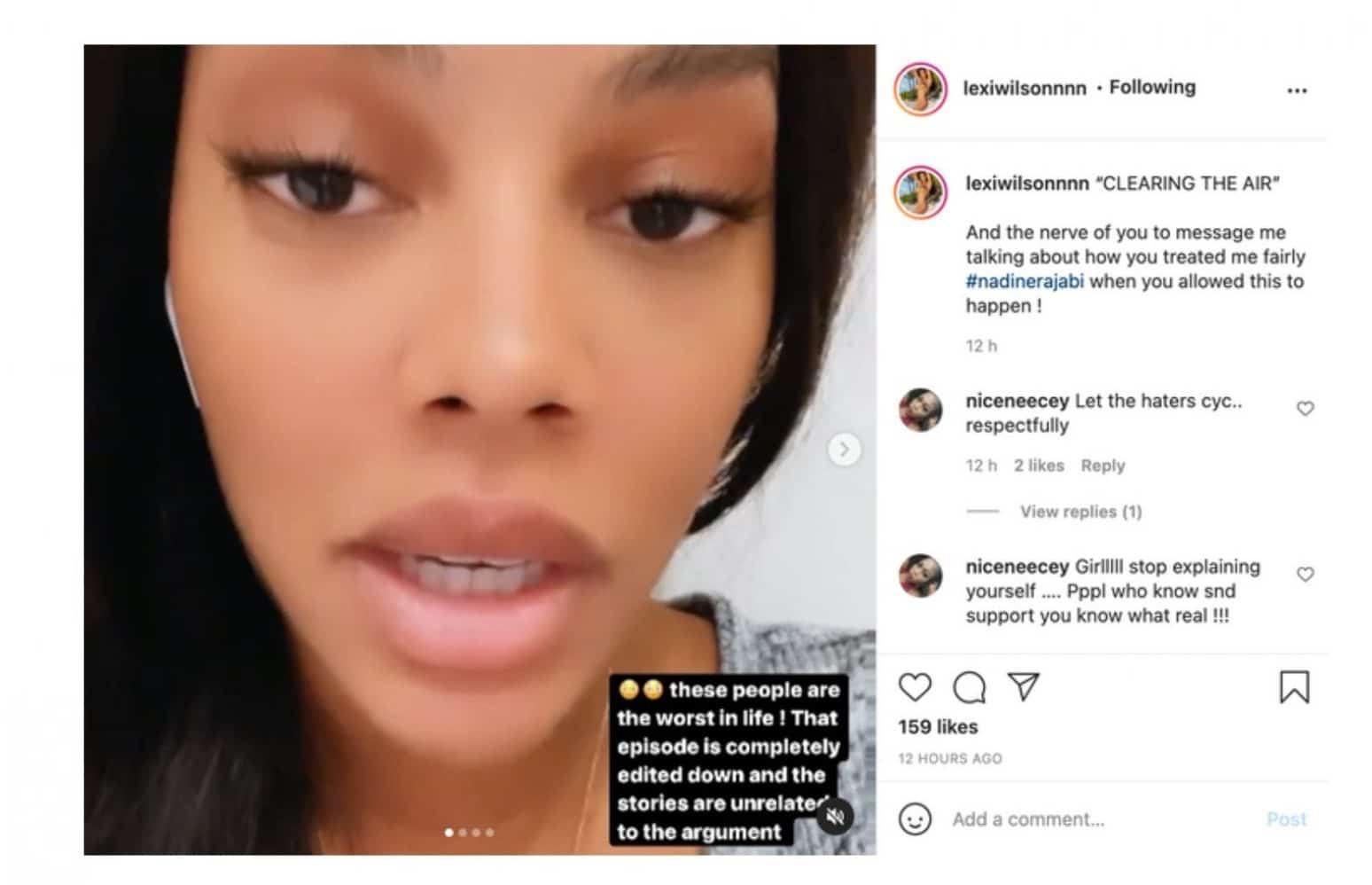 If fans recall, this isn’t the first time Lexi has blamed editing for her behavior this season. Following her initial argument with Mathew after she stood in a dirt pile he swept while eating food he had prepared for the guests, she claimed the chef had given her permission to eat the lamb chops.

“[Twenty-four] hours and the camera is rolling but only 47 minutes is aired (let that sink in),” she explained earlier this season. “Then they have to adjust the hours to fit the 40 minutes! A few things though: I never walked into the galley [and] pick up without asking.”

She added, “Now I understand when an industry friend told me it’s not the cameras you should be concerned about it’s the editing.”