Lexi Wilson Slams Below Deck Med Reunion as “Laughable,” Suggests Katie and Zee Are Wannabe Celebs, and Claims Malia is a Production Insider 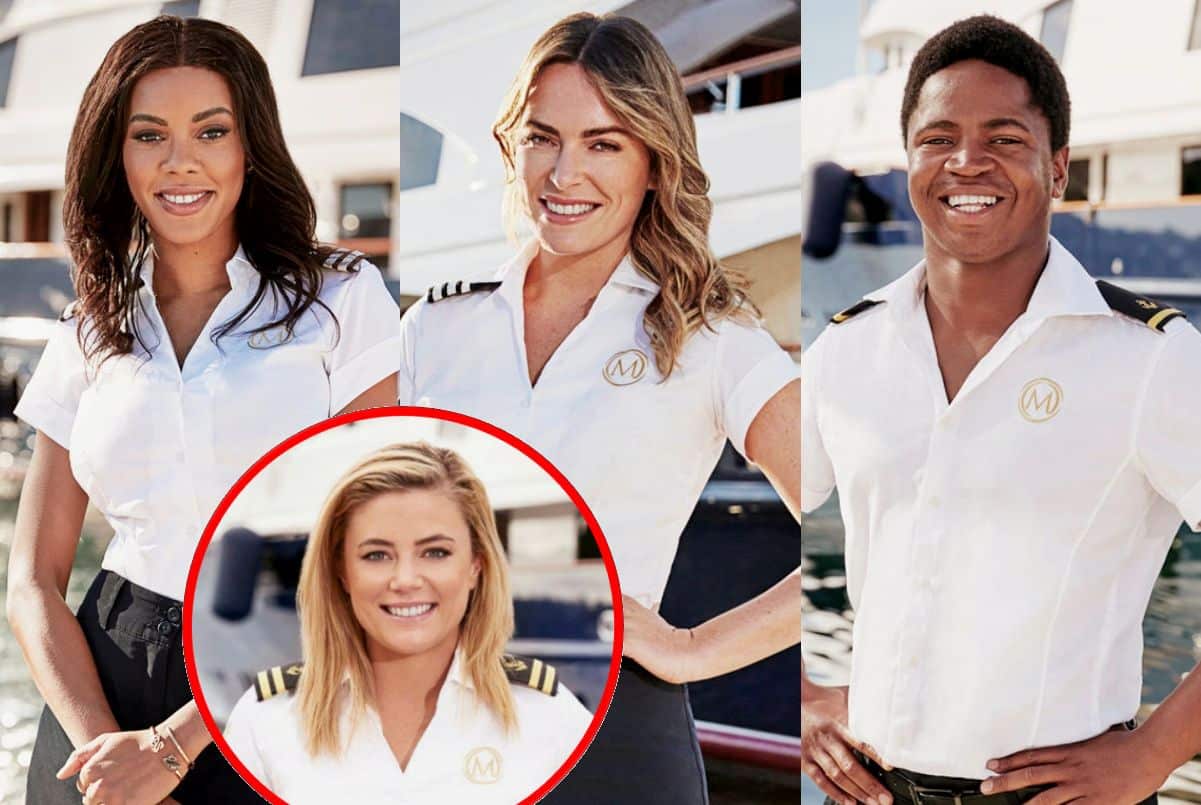 As the remaining members of the show reunited virtually to discuss the drama of the season, during which Lexi was sent home due to her many disputes with her castmates, Lexi took to social media, where she targeted a number of her former co-stars, including Katie Flood, Mzi “Zee” Dempers, and Malia White.

“What did you think of the reunion?” a fan asked Lexi after she launched an “Ask Me a Question” session on October 18.

“I only saw clips from social media! It’s laughable!!” Lexi replied, proceeding to suggest Katie and Zee acted out against her during the taping in an effort to boost their celebrity status. 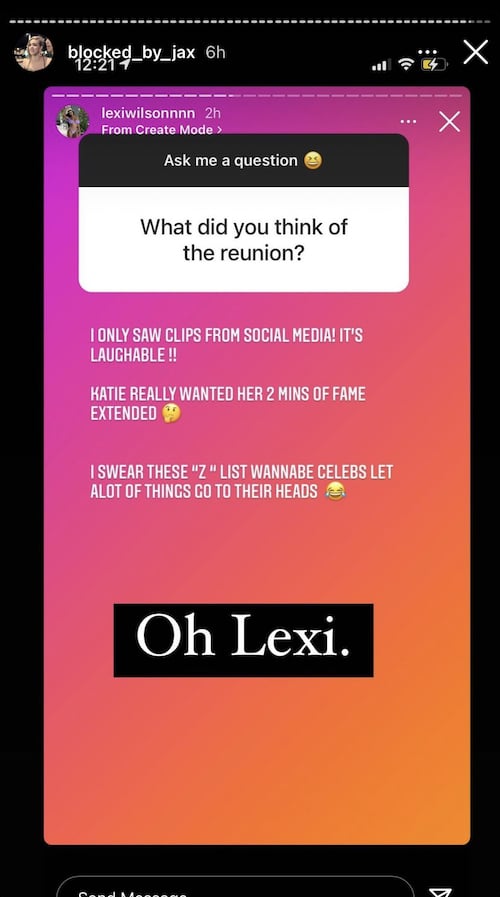 During Monday’s episode of the season six reunion, Katie said Lexi’s behavior had gotten “so out of hand” before she was fired and noted that she was “so f-cking over the sh-t.” Meanwhile, Zee described Lexi’s antics as “quite sh-tty.”

In another message sent to her amid her “Ask Me a Question” session, a fan pointed out that Katie and Malia had suggested Lexi had actually gotten a good edit on the show.

“Katie [and] Malia said they edited you to look good or something like that… YEAH OK JOKES,” the person wrote.

In response, Lexi said that when it comes to Malia, she is a production insider who purposefully seeks out private details of cast members and encourages them to drink.

According to Lexi, Malia allegedly does this in an effort to remain on good terms with her Below Deck producers and to ensure she’ll be asked back to future episodes.

“Malia ‘[Maritime] Law’ is an insider for production, she [intentionally] and maliciously tries to get information about crew and influence them to drink, anything to stay on their good side and stay on TV,” Lexi stated. 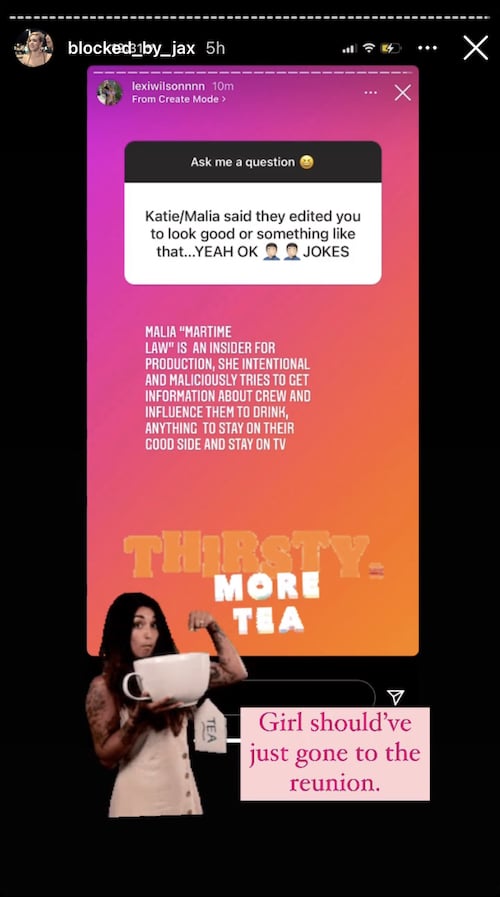 While Lexi was asked to participate in the reunion, she “very firmly declined” Bravo’s invitation.