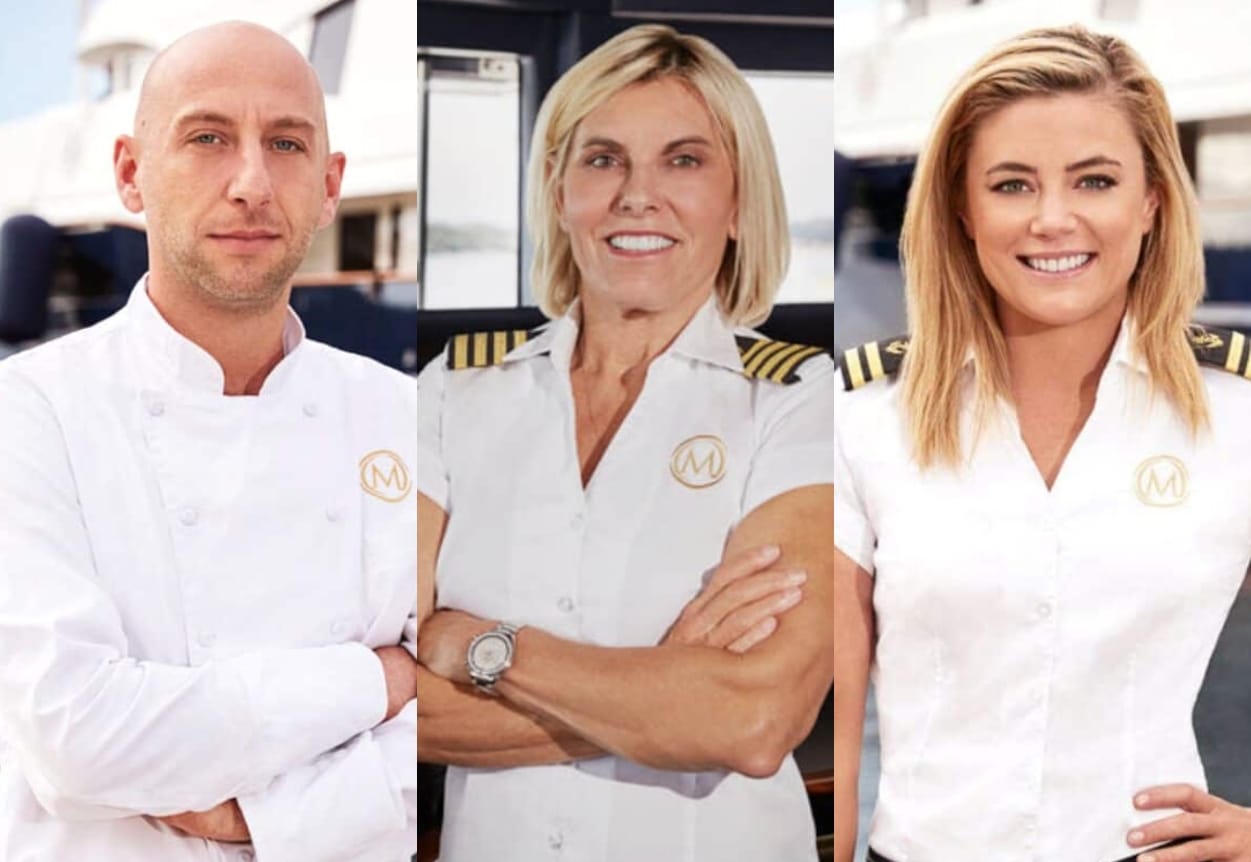 The Below Deck: Mediterranean crew reunited for an expectedly dramatic virtual reunion, and on Friday, fans got their first look at the upcoming special.

In a just-released sneak peek, the crew of the Lady Michelle, aside from Lexi Wilson, who was booted by Captain Sandy Yawn after repeatedly feuding with her fellow staff members, looked back on the most memorable moments, for better or for worse, of season six.

After Courtney Veale admits to seeing almost every crew members naked, Katie Flood agrees their time on the yacht was “a s–t show” and host Andy Cohen puts a spotlight on Malia White‘s love connection of the season.

“Malia, you were with hot Jake the engineer, right?”

While Malia plays coy about the topic, she does react after Andy mentions her dispute with Captain Sandy, who blew up on her for failing to report David Pascoe‘s injury.

“Did you realize you were losing Captain Sandy’s trust?” Andy asks.

But Malia wanted to protect her castmate.

“I wasn’t about to throw him under the bus,” she explains.

As the episode continues, so does Courtney’s drinking. And, as she slurs something about their trip to Split, he jokes, “I want whatever you’re having right now.”

Although Lexi wasn’t present for the taping, Mzi “Zee” Dempers targets her behavior on the boat, saying, “Lexi, your behavior in general was quite sh-tty.”

“It was getting so out of hand,” Katie agrees. “I was so f-cking over the sh-t.”

Also in the sneak peek, chef Mathew Shea looks back on his disastrous season of bad service and lackluster food before seemingly being told by Captain Sandy that he is his own Achilles’ heel.

“Your Achilles’ heel is your own self,” she says.

But Mathew doesn’t back down. In fact, he takes a stand against Captain Sandy, saying, “Sandy’s one of the worst captains I’ve ever worked with in my 15 years on boats.”

“You just don’t know when to not talk,” Captain Sandy claps back.

Lloyd Spencer will also be seen on the special.

The Below Deck Mediterranean season six finale airs Monday, October 18, at 9/8c on Bravo, followed by the reunion special at 10/9c.