REPORT: Zayn Malik Suspected Yolanda Hadid Leaked Gigi’s Pregnancy, and Pressured Him to Be Public With Romance as Bella Shares Cryptic Post and Unfollows Singer, Plus His Sister Speaks 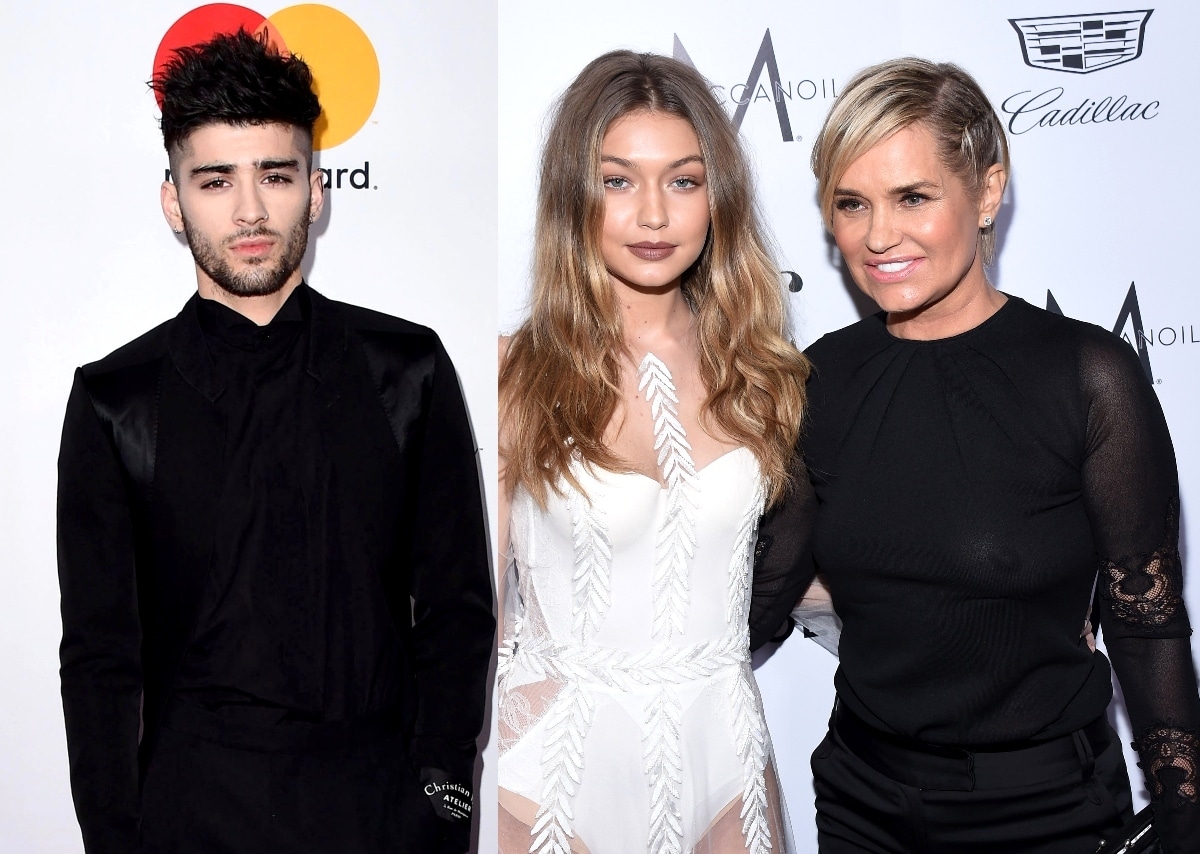 Gigi Hadid and Zayn Malik have ended their years-long, on-again, off-again relationship amid a messy feud between the former One Direction singer and Gigi’s mom, Yolanda Hadid, who accused the musician of getting physical with her during an encounter in September.

After a slew of charges were thrown at Zayn following claims of him having pushed the Real Housewives of Beverly Hills alum into a dresser, insiders are speaking out about the troubled relationship the pair had for months leading up to the heated dispute.

“Tension really started between Yolanda and Zayn last year when he suspected she was the one who leaked their pregnancy news,” a source told The Sun on October 29. “Gigi and Zayn didn’t want to announce it publicly until after Gigi gave birth. With lockdown, it was the perfect time to give them that privacy they never would have had otherwise. They were so grateful for that privacy and they were very upset when it came out.”

As fans may recall, the former RHOBH castmate “liked” a series of posts about Gigi’s pregnancy before she and Zayn publicly confirmed the news and also told RTL Boulevard she was “excited” to become a grandmother.

“They also have very different parenting styles and both are extremely stubborn when it comes to Khai,” the insider added.

While Gigi feels she is stuck “in the middle” of Zayn and her mom, she’s “not on anyone’s side.” That said, she has decided to put her daughter Khai above all and chosen to end her relationship with Zayn.

Another insider told The Sun that Zayn and Yolanda have “never seen eye to eye.”

“Zayn lives an almost hermit like existence, he likes quiet, solitude, a slow pace, working on music… Gigi loves it too. But she also wants to go back to work – which means parties, events, red carpets, ad campaigns, Instagram – all the things that Zayn wants to avoid,” the second source explained, noting that Yolanda has said Zayn should do more to support her and actually suggested a reality show.

“It was almost like he was being guilt-tripped as she’d always be hinting that Zayn’s reluctance to play the showbiz game was holding back Gigi’s career,” the source shared.

The first insider also noted that while Gigi and Zayn may have called it quits, they did so “with the intention of getting back together.”

“They’ve broken up multiple times before so when it comes to them getting back together, never say never. But they definitely need time apart, it’s what’s best for everyone involved,” the source added.

According to Us Weekly, Gigi’s younger sister, Bella Hadid, shared and deleted a message that seemed to be aimed at Zayn before unfollowing the singer on Instagram, along with brother Anwar Hadid and mom Yolanda. 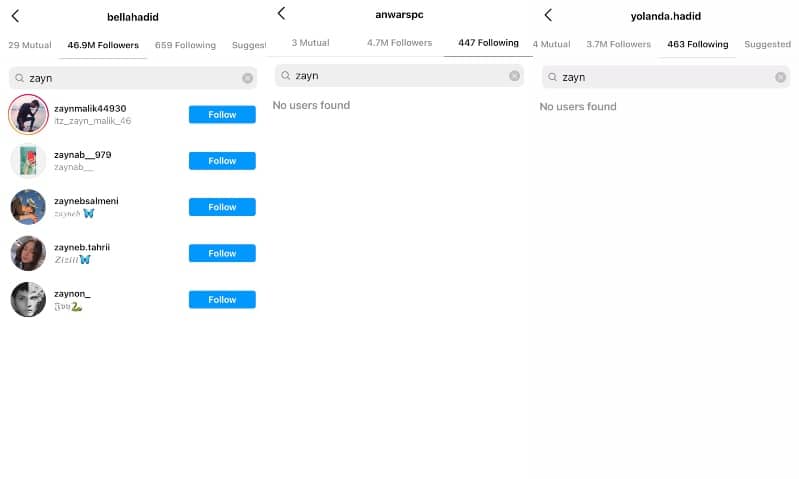 Amid the drama, Zayn’s sister, Waliyha, took to her Instagram Story, where she shared a couple of family photos and a quote from Jessica Brody about karma.

“Karma comes after everyone eventually,” the message read. “You can’t get away with screwing people over your whole life, I don’t care who you are. What goes around comes around. That’s how it works. Sooner or later the universe will serve you the revenge that you deserve.” 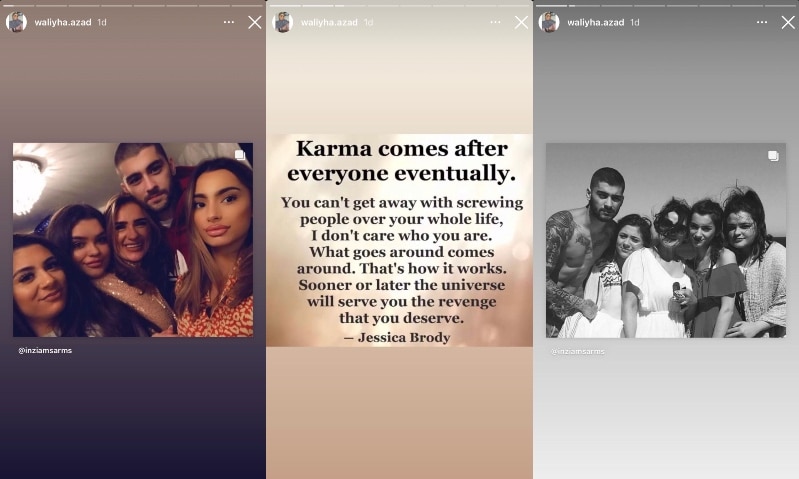