Home Real Housewives of New Jersey News ‘RHONJ’ Teresa Giudice Reveals Two Daughters Are in Therapy, Explains Trauma They Experienced After She and Joe “Went Away”

‘RHONJ’ Teresa Giudice Reveals Two Daughters Are in Therapy, Explains Trauma They Experienced After She and Joe “Went Away” 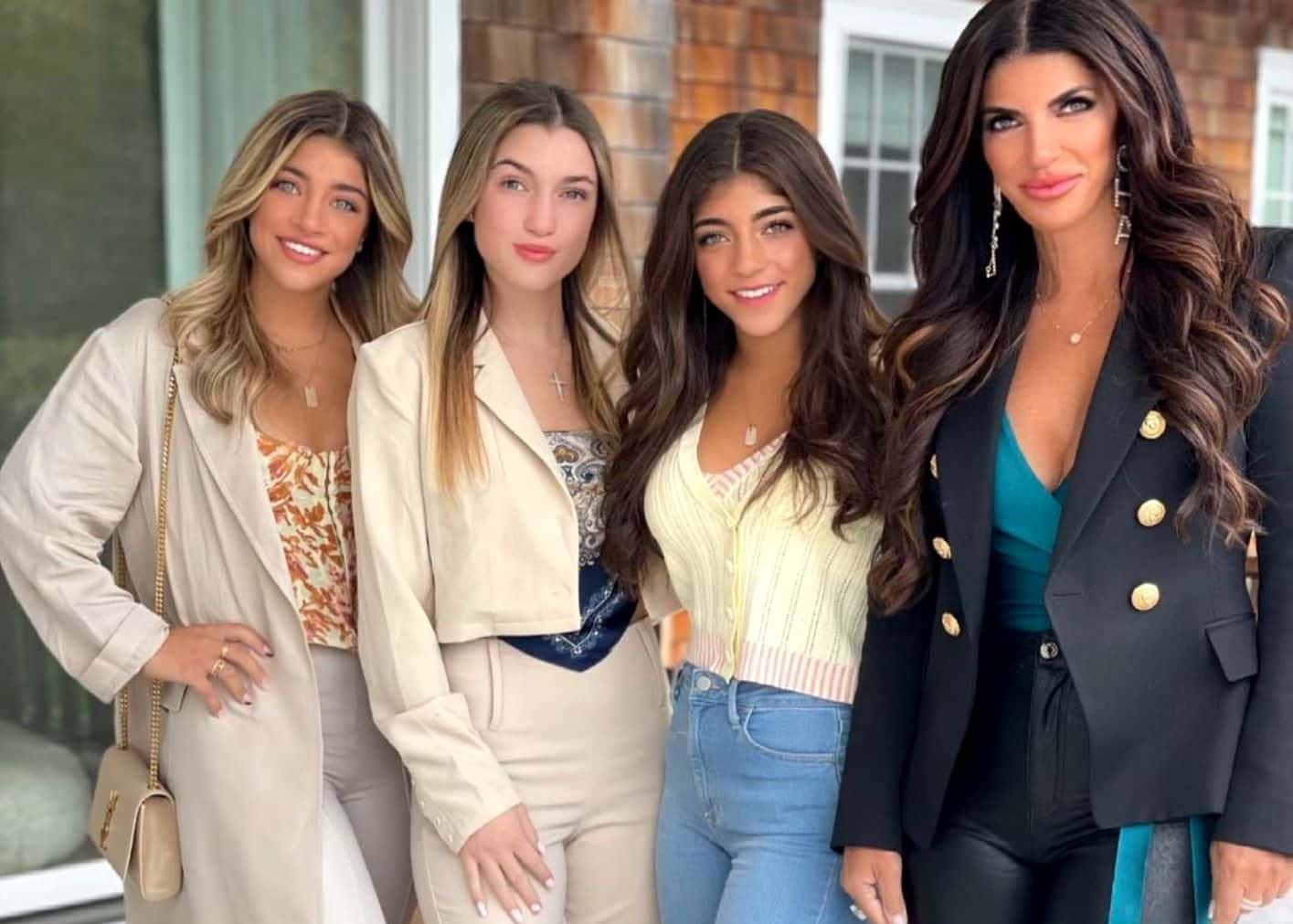 Teresa Giudice from the Real Housewives of New Jersey discussed the chilling aspects of her daughters’ lives, which led to a need for therapeutic help.

One of her reasons was the time she spent in federal prison. In 2014, after pleading guilty to 41 counts of fraud, Teresa was given 15 months. Her then-husband Joe Giudice was given over 40.

To make matters worse, after Joe’s sentence, the children could no longer live with him in the United States because he was immediately deported to Italy. Later that year, Teresa announced the end of their 20-year marriage. Now, the 49-year-old housewife is engaged to another man, Luis Ruelas.

Two of her four daughters (she didn’t specify which ones) are currently in therapy, according to her interview on the Knockin’ Doorz Down podcast. The show highlights people who have transformed their unpleasant pasts into something good. Deciding not to shy away from the truth, the bestselling author explained why her girls needed help and why she was “not embarrassed” by it.

According to the interview, the girls have been through “traumatic” experiences “at such a young age.” As Teresa referenced her time at the Federal Correctional Institution in Danbury, she was careful to use the words “went away.”

On the podcast, the Skinny Italian author also opened up about the deaths of her family members. After Teresa was released from prison, three of the girls’ grandparents died “in a short period of time.” This was a “tremendous loss” in their lives because all four of the girls were “really close to their grandparents.”

The tight-knit family bond was often shown in the earlier seasons of RHONJ. In one harrowing episode, as the family mourned the death of Teresa’s mother, one daughter said she could see her dead grandmother in the house, cooking in the kitchen. Teresa seemed unaware of how to comfort the terrified girl.

The Bravo mother, however, has also experienced some recent blessings. Her fiancé Luis, the co-founder of Digital Media Solutions, popped the question on vacation in Greece, and it was considered one of the most romantic proposals in Real Housewives history. Luis bent to one knee on the beach, his face glowing from the fireworks, sparklers, and candles surrounding them (as well as a giant “Marry me” sign in neon lights). Teresa accepted the ring quickly, kissed him, then embraced him in the sand.

Many fans were trepidatious of her ex-husband’s response to the big news. In the past, the father-of-four often unleashed his most brutal thoughts (cut to Joe insulting his brother-in-law in season five). But instead, the Italian gave his blessing to the happy pair, and all seven continents released a sigh of relief. Joe has resided in Italy for the past two years, and he is pursuing some romantic interests of his own.

This is dramatically different than the Giudice family of yesteryear. Longtime viewers watched, season after season, as Teresa and Joe seemed to be the perfect married couple, raising their lovely children without a care in the world. Nine years later, that vision is now unrecognizable. One can only imagine how difficult it was for the young daughters, who watched everything transpire before their eyes without the ability to change a channel.