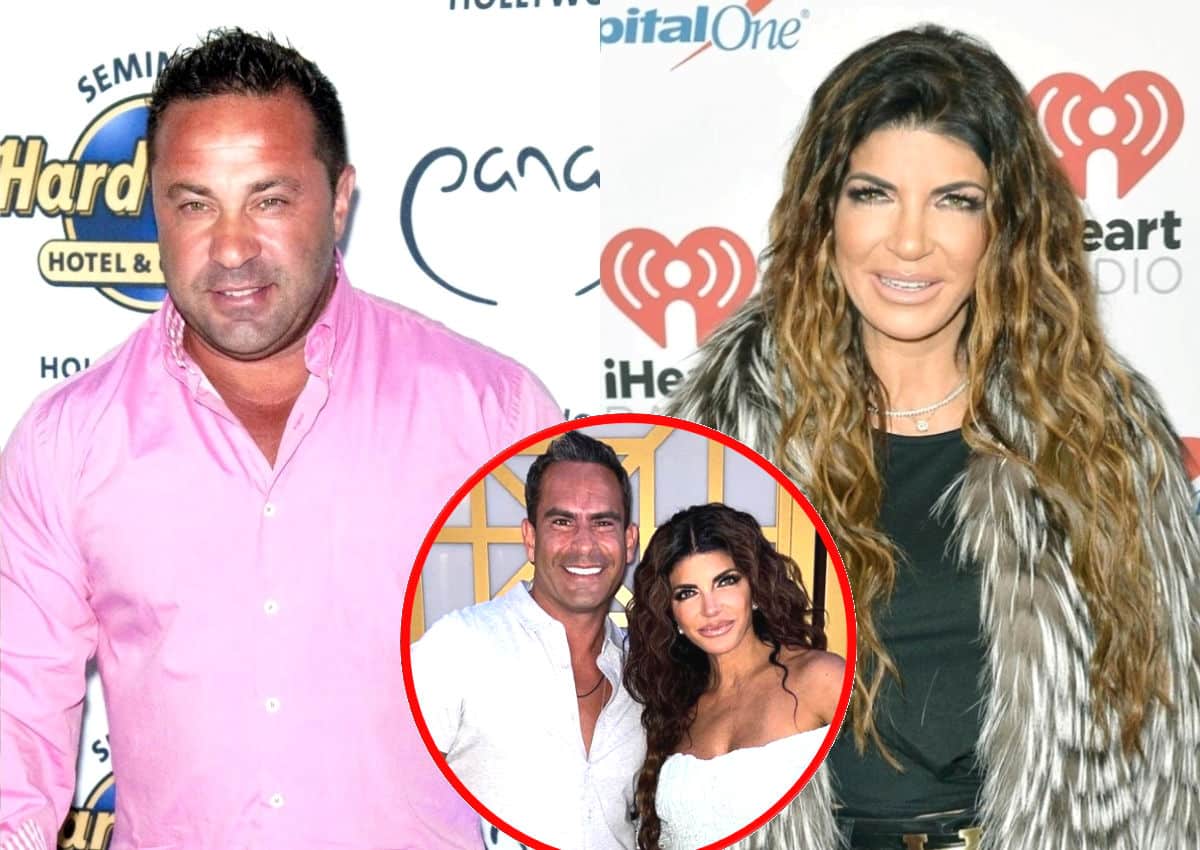 Joe Giudice is speaking out about Teresa Giudice‘s engagement news.

On Friday, just days after the Real Housewives of New Jersey star’s boyfriend of just over a year, Luis Ruelas, proposed during a romantic getaway in Greece, Giudice shared his thoughts on the fast-moving relationship as Teresa’s brother, Joe Gorga, and best friend, Dina Manzo, also weighed in.

“I’m happy for Teresa and Louie, I give them my blessings,” Giudice said in a statement to Celebuzz. “I think they moved a bit quick into this romance but I’m glad she found her true love and wish them all the best.”

Teresa and Giudice were married for 20 years and share four daughters, including Gia, 20, Gabriella, 17, Milania, 15, and Audriana, 12.

While Giudice may think Teresa and Luis are moving a bit fast, Gorga couldn’t be happier for his sister. In fact, when he learned about her engagement, he cried.

“I’m so excited. I’m so happy for her,” Gorga told Us Weekly on October 21. “[Luis] came in like what she needed. She needed that Superman to come in and take her life and fix it, and that’s what he’s doing. I always said she needed a beast of a man, and he is one of them…. I’m just so happy that they’re in love. She’s ecstatic. She loves him. She’s really, really happy. She always wanted to be loved, like, really loved, and he loves her.”

After confirming Luis told him about his impending proposal before it took place, Gorga said Teresa’s daughters broke the news to their dad.

“I don’t know if [Teresa] told him. I didn’t even ask that question,” Gorga said, adding that his wife, Melissa Gorga, is “so happy” for Teresa.

“Melissa’s a happy person. She’s had a great life. We’re happily in love and we have a great marriage, so Melissa just wants the same [for Teresa],” he shared. “This is big news, this is nice. It was meant to be. It’s a beautiful thing and I love it.”

In addition to Giudice and Gorga, Dina also spoke out, sharing her reaction to her longtime friend’s engagement news in the comments section of a proposal video Luis posted on Instagram.

Also in the comments, Dolores Catania‘s ex-husband spoke out.

“Congratulations to the two of you. You both deserve happiness,” added Frank Catania. 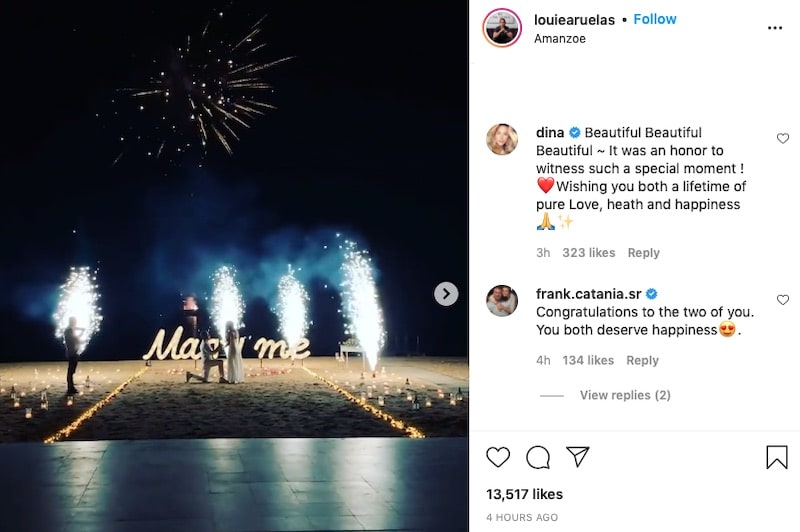 The Real Housewives of New Jersey season 12 is expected to air on Bravo sometime early next year.